My hubs love his 3 princesses very much but sometimes he can be too indulgent with them… without realizing the dangers! On the night we celebrated our belated 11th wedding anniversary, hubs opened a bottle of chilled white wine to toast. Alycia who loves any drink that is chilled and icy cold asked her daddy for a sip… then 2, then 3 and God knows how many sips he had allowed her to drink. I was busy in the kitchen and was not aware that he had allowed Alycia to drink wine. Within minutes, Alycia’s face was flushed. It was very obvious on her very fair skin. When everyone was laughing at her scarlet face, I asked what happened. When I found out that hubs had allowed her to drink wine, I was irate. I warned her that she could puke later as none of us in the family can booze. Then Alycia went to the couch and appeared pretty quiet and blur!! 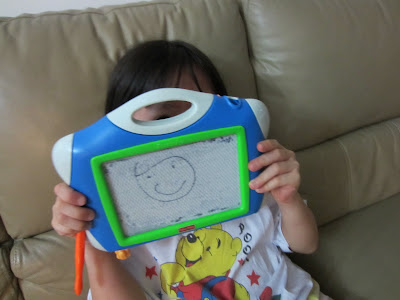 But the paparazzis win most of the time, don’t they? 🙂 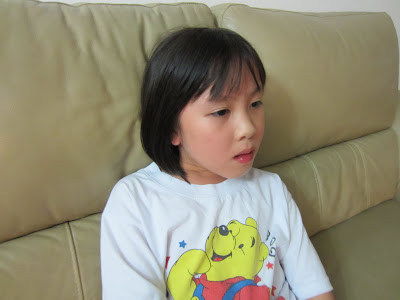 When I was having my shower about 15 minutes later, I heard someone screaming out “daddy I vomit!!” I knew it was Alycia. She had puked everything out and caused a stinky mess in the entire bathroom! Gosh, I was really mad with hubs for causing Alycia to throw up! And his face was painted with guilt too I could see! I guess he had learned his lesson that night…. so did Alycia.

Recently, a foreign tourist was mauled to death by 3 farm dogs. The tourist was playing with the dogs that he had played with several times before the incident happened. However, just as fate had it, he must have agitated the dogs, which caused the dogs to pound on him. His wife is now taking legal action on the owners of the dogs and the relevant Authorities have decided to put the dogs to sleep. A group of animal lovers are now protesting the put to sleep order. If I were the victim’s wife, I would get a good lawyer to fight my case. If you know of anyone who is searching for an Austin Personal Injury Lawyer, the link here may be of help. The lawyers can be contacted here:
O’Hanlon, McCollom & Demerath – Personal Injury Lawyers – 808 West Avenue, Austin, TX. 78701 – 512-494-9949