We spent our entire Sunday ‘camping’ at a school in Puchong today. Today is Sherilyn’s participation in her pre-school’s inter-school talent competition, held at State level. As expected, the waiting period was frigging looooooooooong. She followed her principal to the school at 8am sharp and we joined her at around 10ish am. We were told that her event will start at 10:45am but Malaysians being Malaysians, it was delayed to 2 hours later!! While Sherilyn had fun playing with her friends and with the booth games set up by Enfagrow, Alycia and Baby were very restless. Plus it was hot in the open air hall with only wall fans to keep about 1,000+ parents and kids cool. The loos, gosh…. entering into one brought me back to memory lane where I used to hate going to my school loos which were filthy, wet and stinky! Till today I still have nightmares about my school’s loos!

Just before Sherilyn’s turn to sing, she had nose bleeding. Gosh, I kept dabbing the blood away with tissue papers and thank God the bleeding stopped just before she went up the stage to sing with her 2 other team mates. It was the 1st time she had a nose bleed. I think it could have been caused by lack of water, heat and all the rush. Plus, she has a weird habit of smelling her fingers lately *faint*  Before the singing event, she and her 2 other team mates (aged 4YO and 5YO) had to take part in an art and craft competition. She was the so-called group leader as she’s the oldest in the group. 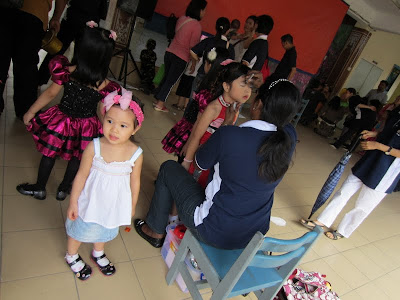 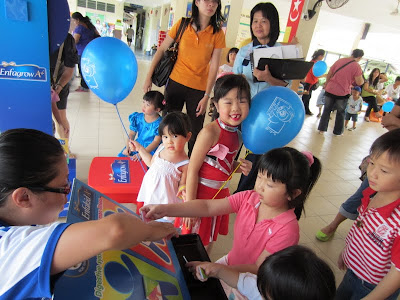 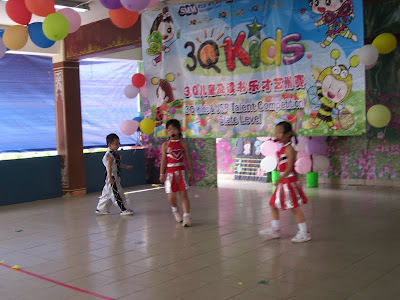 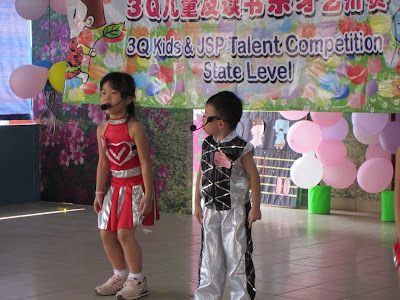 We left the school even before the results were announced as we were all very tired after having ‘camped’ at the school for over 4 hours.  There was not even a place for us to sit as all the seats had been occupied.  We knew she did not win as there were many other kids before her who gave superb performances. These kids really have the qualities of a singer – they could sing with good vocal chord, dance and perform without an inch of stage fright. Well, Sherilyn was confident and did not show any nervousness. She has always been a bold dare-devil.  I think if the teachers had chosen a more catchy song with more actions, complete with props and more practices, Sherilyn and her team would stand a better chance of emerging the top 10. There were over 20 schools and about 6 groups from each school. Some schools were very, very well prepared. 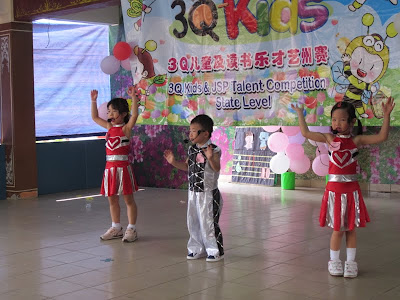 We had a late lunch at a Japanese restaurant at about 3pm and all of us were famished after a hard and hot day at the school.  I’m proud of Sherilyn. At least she had the guts to go up the stage, sang her song and completed it without chickening out and crying at the 11th hour like some kids today. 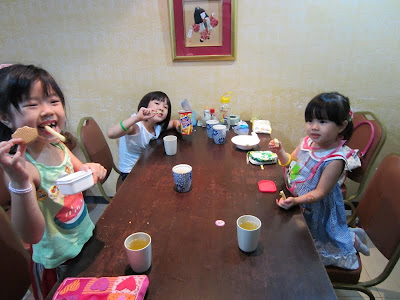