Without rice for a day, Alycia would be like a fish out of water.  If there’s sandwiches or porridge served for lunch, I am rest assured to see a sulky pot sitting at the dining table, flipping the newspapers with a black face while forcing the food down her throat.

On Thursdays, Alycia and Sherilyn would only be home at 4ish pm as they have UCMAS class.  I normally serve them something light like fruits, cakes and a drink and dinner would be cooked earlier on Thursdays.

But 2 Thursdays ago, they came back and  announced that they were famished, though they had eaten chicken rice for lunch at school at 1ish pm.  Alycia the fan thoong aka rice pot insisted she only wanted RICE and nothing but RICE.  Luckily the mil was efficient and she had earlier cooked rice but the dishes were not ready. So my fan thoong rummaged the fridge and fished out a packet of seaweed and  suggested shredding the seaweed to go with her rice! 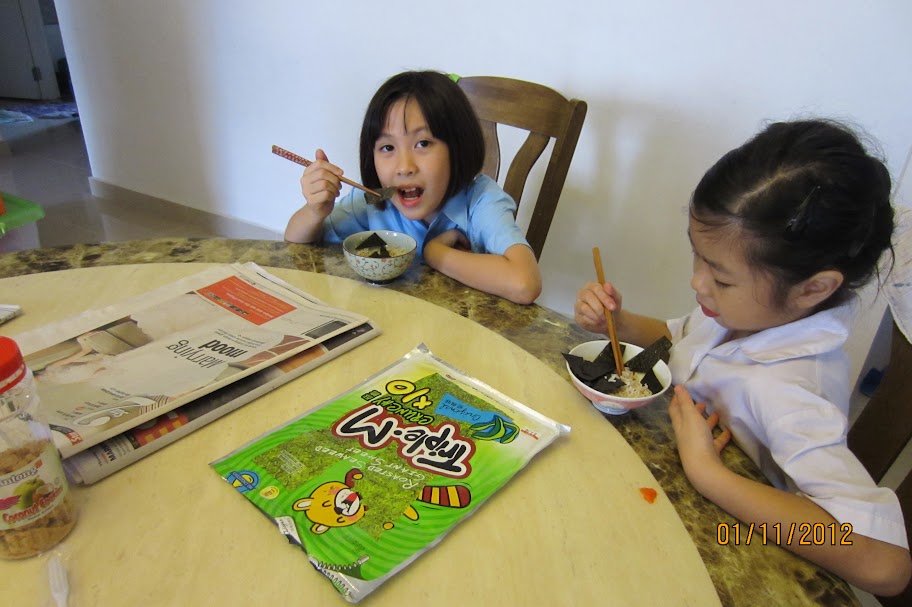 When the mil saw how hungry her 2 precious grand daughters were, she speedily steamed half a fish and blanched some ladies fingers for the 2 hungry girls.

While waiting for the fish and veggie to be ready, I gave them each a bowl of lotus root soup to go with their plain rice with seaweed.  I cannot be happier to see how happy Alycia was to see that there was rice served with just seaweed and soup lol!  Next time, I should cook a bit pot of rice and deep freeze them in smaller portions in the freezer, just to cater for this fan thoong. 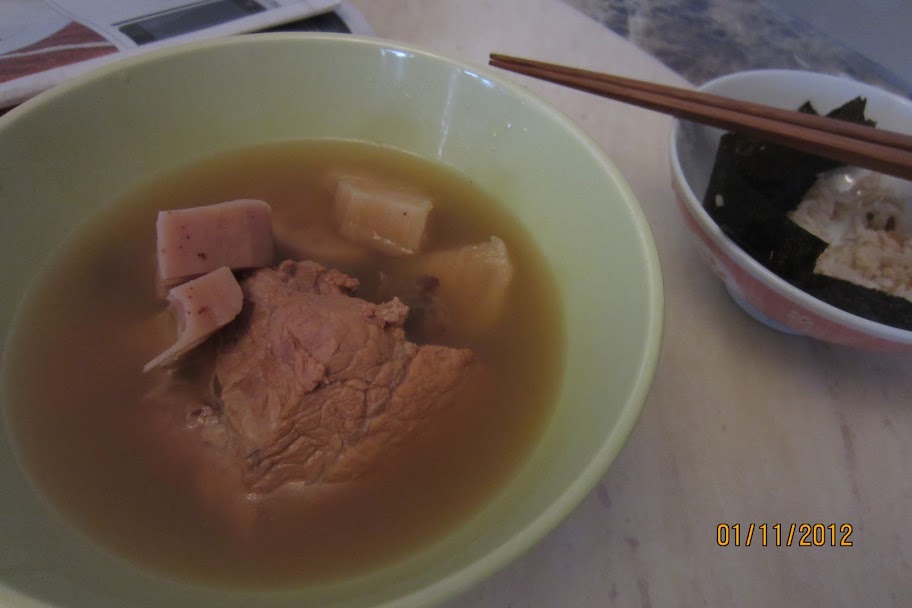 Finally the ‘real food’ came and they happily chomped down the steamed fish and the bowl of soup. 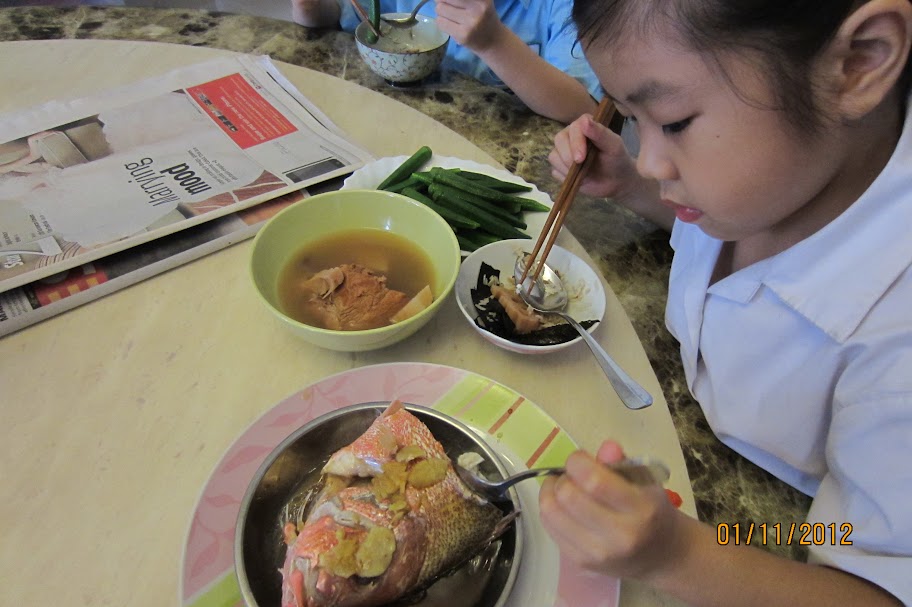 Thankfully I have a mil who can cook very well and loves cooking very much.  But she will be away overseas again for some time and that’s when my stress will start all over again with cooking and planning the menu to satisfy 3 fussy eaters! I have already requested that she pre-cooks some popular dishes so that I can deep freeze them to last my 3 girls until she returns in a month or two.