We left the house at 11ish am for KLCC today.  Alycia has been bugging us for weeks to go to the 2014 Popular Book Fest. When we were about to reach KLCC, the roads leading into KLCC were all jammed up.    Hubs said that it would be crazy to join in the craze and be part of the crowd.  First our car would have to crawl into KLCC or KL Convention Centre at snail’s pace.  Then we would have to brave our way into the Convention Centre.  Outside KLCC was a sea of people, made up mostly of foreign workers. It was scary to see KLCC flooded with so many people!  He suggested that we go for lunch instead and to leave the house at 9am tomorrow for the book fest.

So we  detoured from KLCC and went to ACME Bar & Coffee for a sumptuous lunch.  After lunch, we went to China Town as MIL wanted to get some flowers.

For dinner today, we had a simple one at our favorite neighborhood coffee shop. 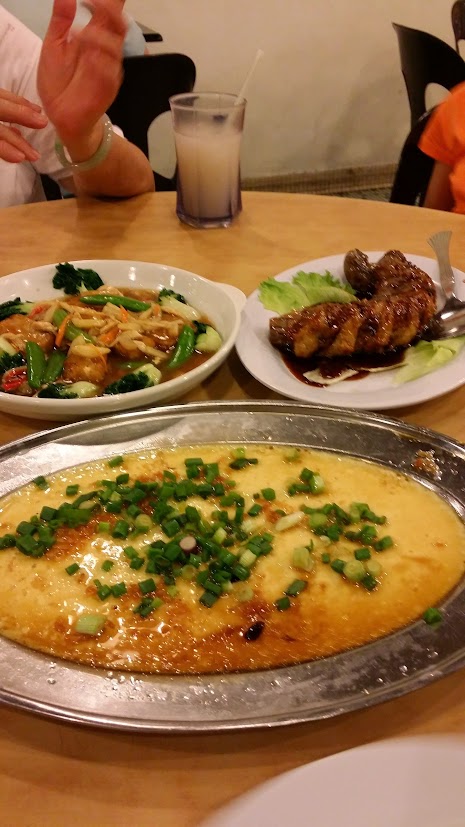 The blackish dish in the foreground is stuffed whole brinjal with fish paste and is so delish! 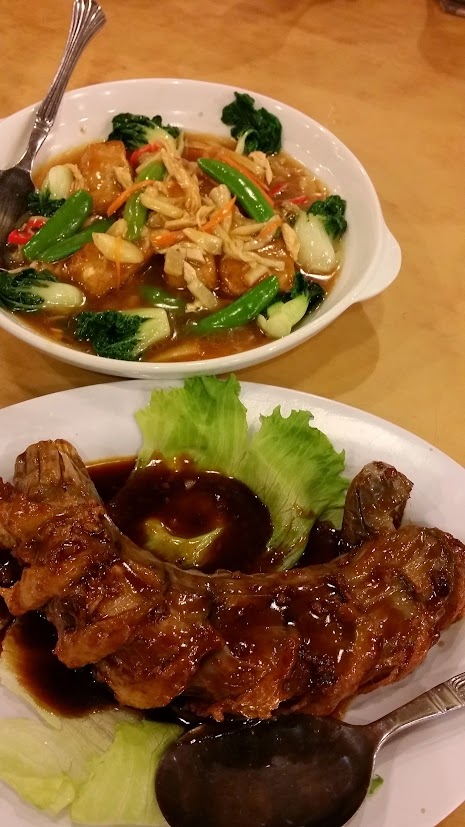 The bookworm of the house, burying her face in her storybook even when she eats! 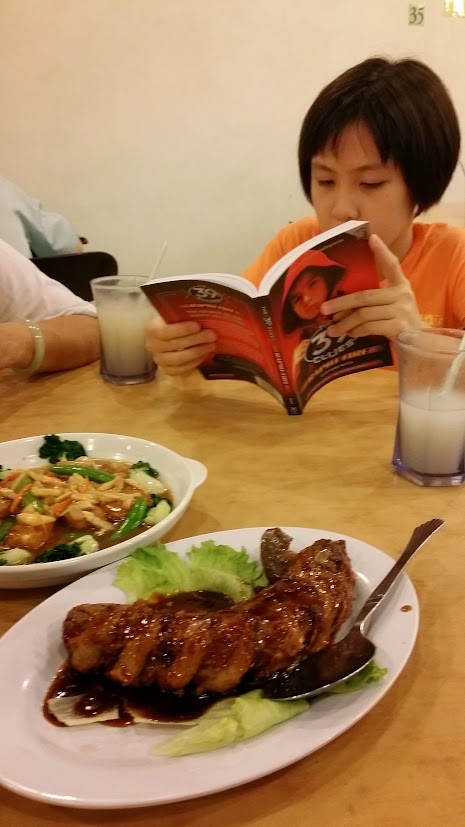 At home, the girls kept themselves really busy making Rainbow Loom bracelets, with tutorials from You Tube.   They were fighting for the Rainbow Loom kit as I only bought one. For challenging designs, the kit must be used.  So tomorrow I’ll get them another kit.  There goes my RM40, to buy peace at home.  Would you do that too? 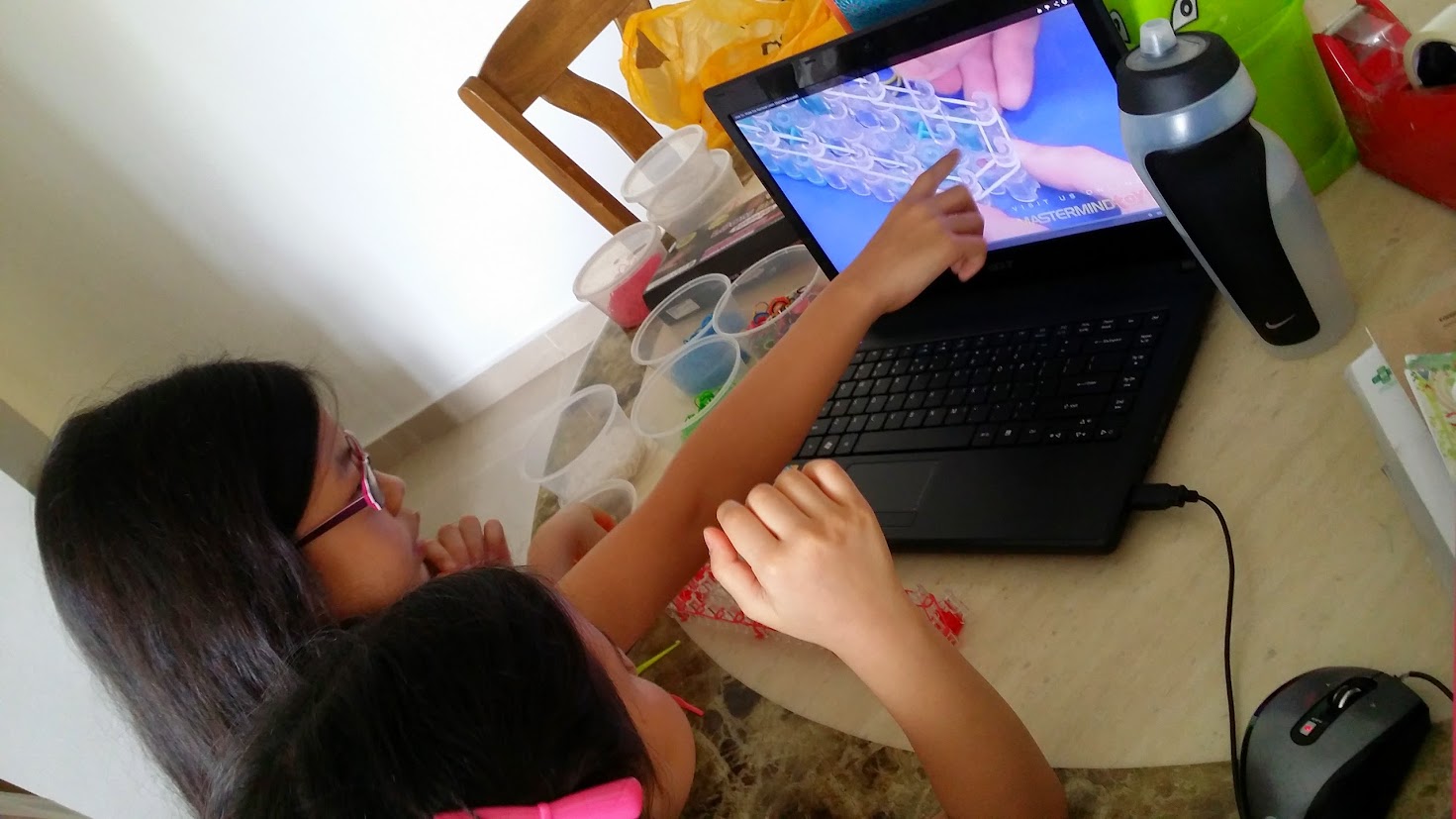