Lately, the girl’s school teachers have been giving out quite a number of mini projects to the class (Primary 6).  The kids in  her class use each project as a good opportunity to have mini gatherings.  The project yesterday was held at our place again — the second in 2 weeks! They enjoyed themselves at our place so much the first time round about 2 weeks ago that they have chosen our place again for their second project.

The kids spent most of their time goofing around more than they spent on the project. This time, I did not help them as they told me that they could manage it themselves.

After the project, I brought the kids down to play badminton and ping pong. I told them that there will be strictly NO swimming as I cannot possibly oversee 6 kids alone. 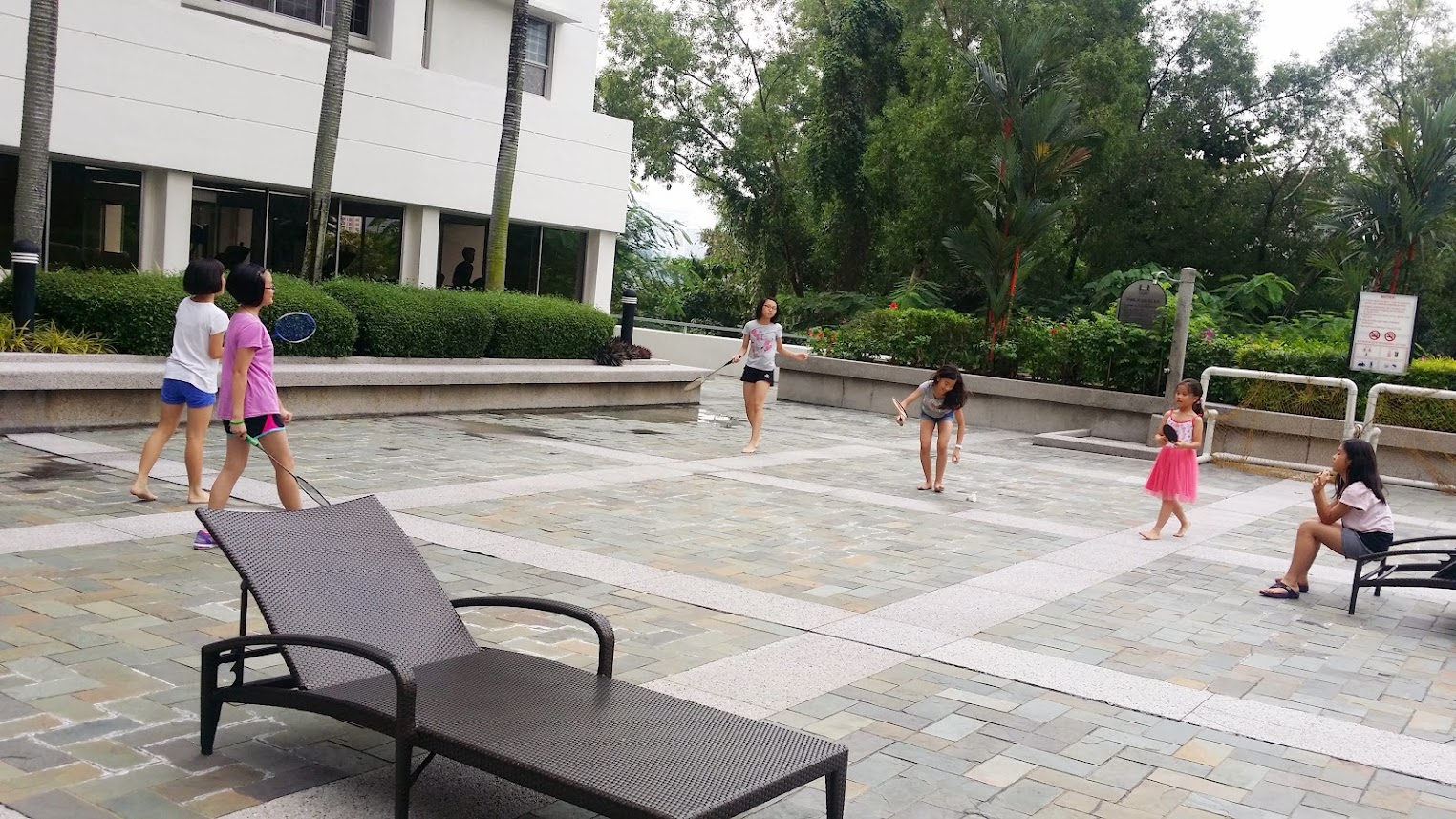 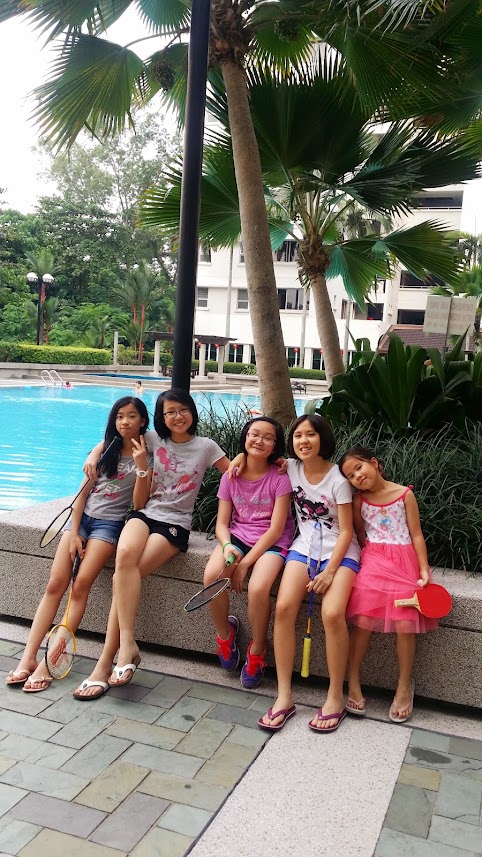 But some of the kids were really cheeky. They begged me to let them dip their legs in the baby pool. I should not have acceded to their requests coz the moment they were inside the baby pool, they turned wild and pushed each other into the water and before I knew it, everyone was drenched!  OMG, these are no ordinary demure sweet young girls. They look demure but are the exact opposite! 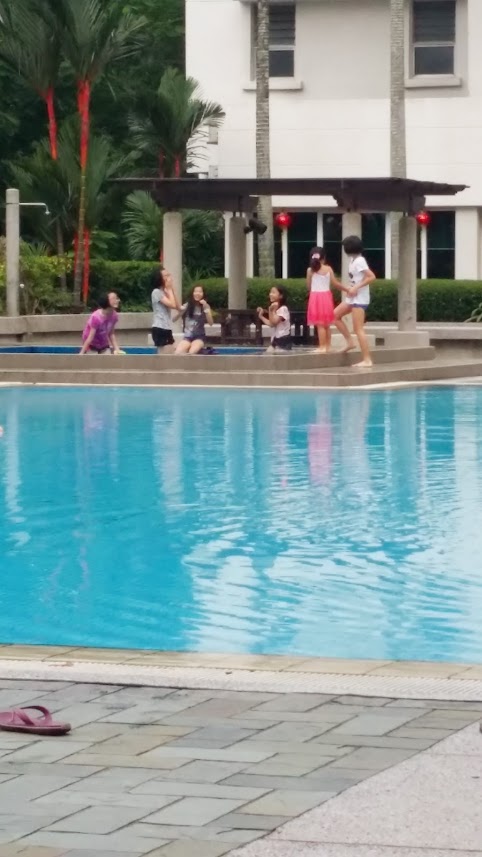 And they sure have topnotch power of persuasion! After they got wet in the baby pool, they pleaded with me...”aunty, since we are already wet, can we swim for just a SHORT while in the big pool? Pleassssee aunty!!” Not wanting to dampen their spirits, I told them that only two kids are allowed to swim at a time and I limited them to swim only 2 laps. So they had to take turns to swim by twos.  After swimming, they asked me to help them snap a group picture… 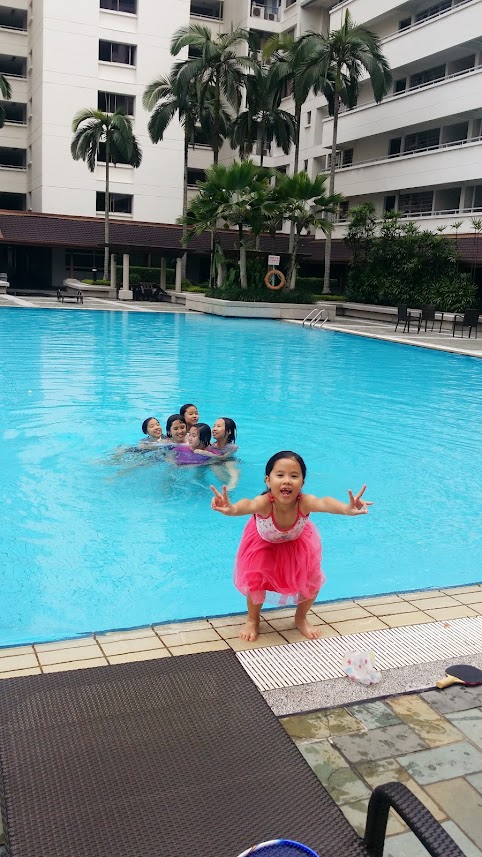 I ordered pizza and chicken wings for dinner by the pool… 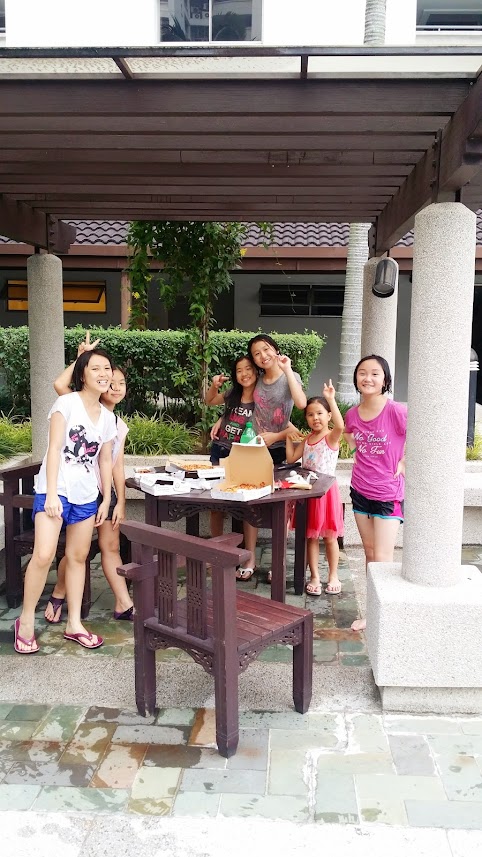 The girls will be sitting for their final trial UPSR exam in 2 weeks.  In exactly a month’s time, they will be sitting for their UPSR exam, yet they are having the time of their lives. I told them that this will be their last gathering before their exam and that they could have another party / gathering at our place after the exam. The bunch of kids enjoyed themselves very much. They left at 8:30pm. Cass told me yesterday that it was one of her best days this year as she had so much fun playing with her che che’s friends.