The haze is back and it’s back at full choking force! This morning I woke up at 7am to the smell of smoke in the bedroom. By 11am, it got worse. My nose has been itchy the whole morning and felt ‘dirty’ inside the nostrils.  The dust monitor on our Sharp air purifier has been in red and yellow mode since this morning and it doesn’t seem to turn into green.

Just a moment ago,  I stepped out to the balcony to snap this picture. My eyes became watery after just 3 minutes outside.

KLCC and KL Tower are normally seen in the backdrop, behind the block of condo in the middle but today, they are totally invisible! 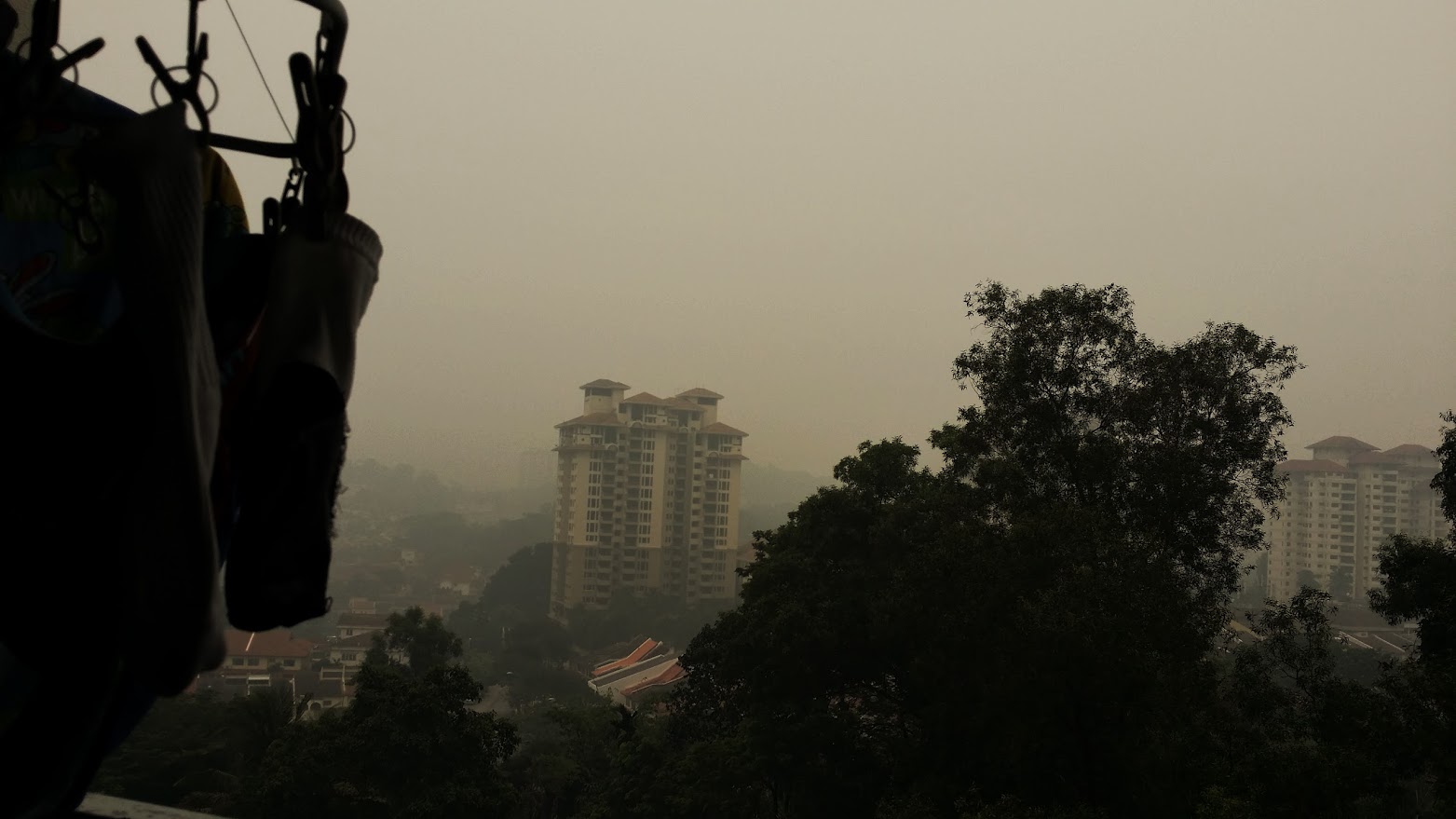 It looks as if the API will shoot up to 300+ just like our neighbor, Singapore. My friend from Singapore brought her kids back to Malaysia two days ago for a respite since schools are out caused by the haze.

We have been gulping down packets of  hydrogen water to keep ourselves protected against the hazardous haze and I’ve been popping 6 caps of Super Lutein a day to keep my immune system and eyes in top form.

While I attended piano class with Cass in the evening, Alycia and Sherilyn followed their grand uncle to the supermarket for grocery shopping. 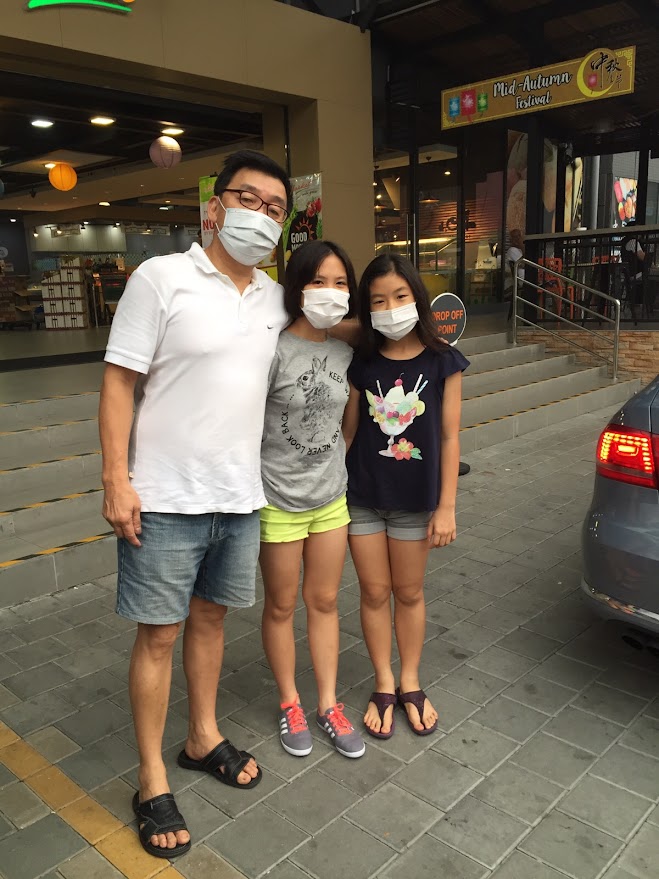 We had dinner at the girls’ grand uncle’s house and later the girls played lantern and lit up candles in the garden. 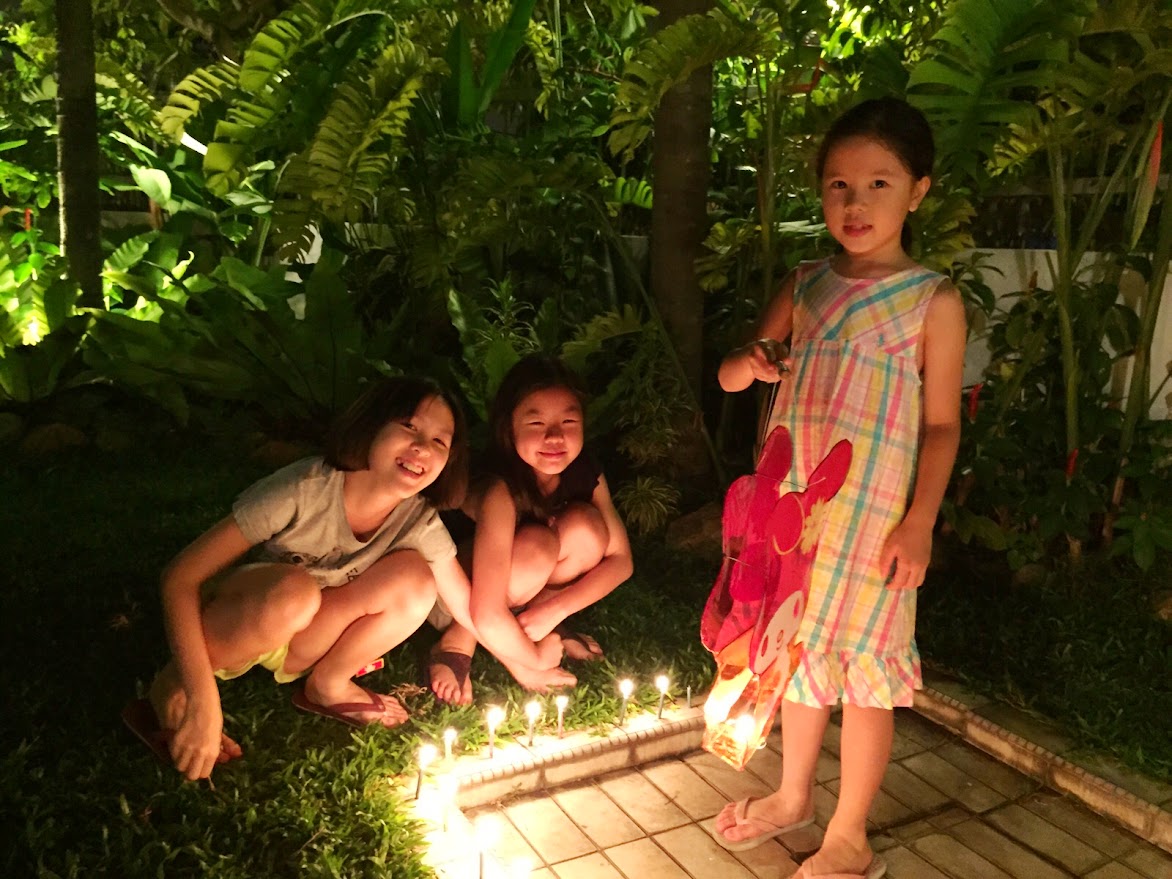 Tomorrow will be another hair-pulling and throat-shattering day for me. It’s exactly a week away from Sherilyn and Cass’ final exam and we are staying home to revise. While the 3 of us would stay in torture chamber, Alycia gets to enjoy a movie date with her grand uncle at the cinema before he returns to New Zealand. The other 2 girls are green with envy and I promised them that after exam, they’ll get a movie treat to watch Mount Everest in 3D.