On Saturday morning, a Wesak Day holiday, we had an early breakkie at 9:30am at Gravy Baby, which opened its doors for the first time on that day.  Gravy Baby is a cafe that serves gourmet pies, sandwiches, cakes and pastries.  This cafe is opened and run by some British chefs.

We thought we were early but there were many early birds earlier than us.  The entire neighborhood has been waiting impatiently for the opening of the cafe. By the time we left, the cafe was already packed to the brim. Foodies and food bloggers, all well equipped with their DSLR cameras were seen snapping pictures of their food and the establishment.

We waited pretty long for the food to arrive . As they are still very new, things were moving pretty slowly.  Pies and waffles were not ready yet. We were really disappointed as our main intention of going there was to try their gourmet pies. We came back the next day to take away some pies. 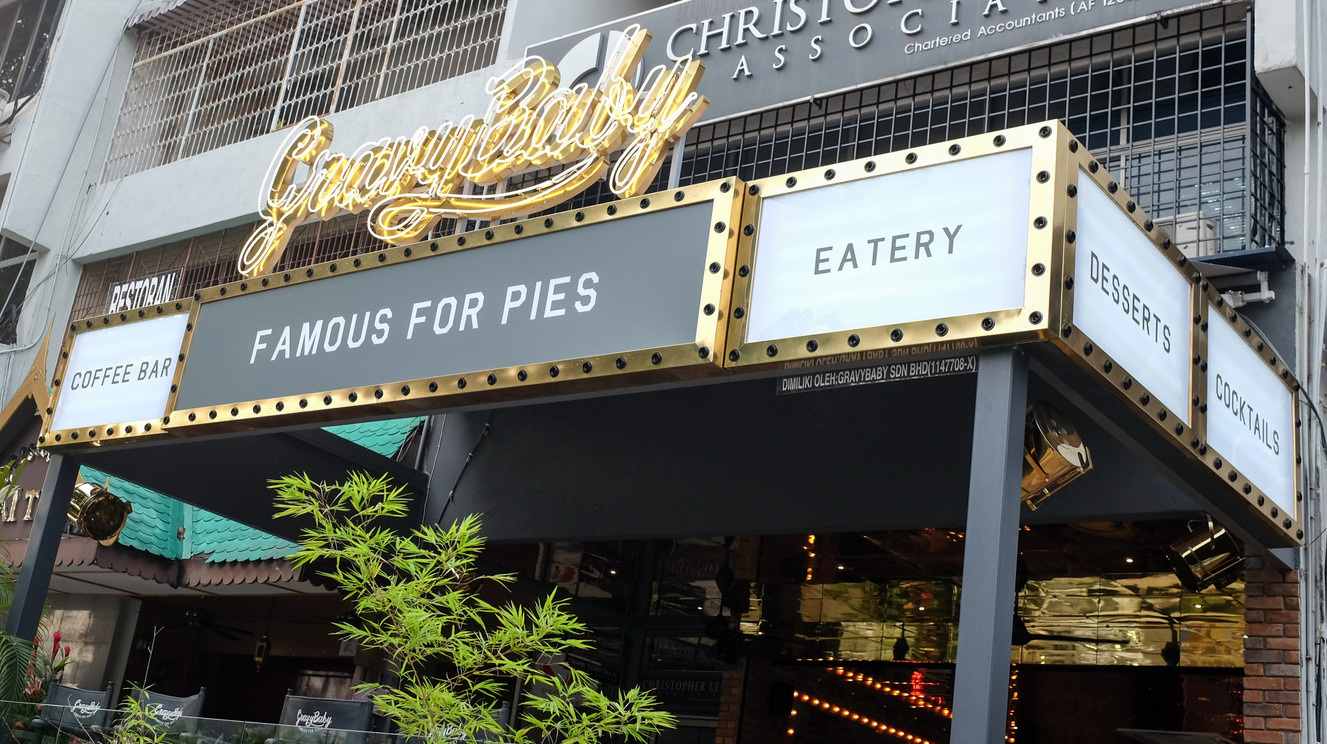 Finally our food came after the long wait.  Everyone patiently waited for me to snap the pictures before we attacked and dug into the food.

Check out the curry puff on the below right picture. It cost a whopping RM18!  The spiciness level of the curry puff is very mild and suitable for those who cannot tolerate hot and spicy food but have a penchant for spicy food. The taste and texture are somewhat similar to Murtabak but this is purely my own opinion.

The bill came up to a choking RM200+ with taxes and that’s just for breakfast!!  Food was just OK, nothing to shout about.  To be fair, we will have to try other items from their extensive menu before I can finalize my review and I think it won’t be too long before the foodie hubs who enjoys gourmet pastries, cakes, sandwiches and coffee drags us there again!

I heard that the inventive cocktails at Gravy Baby are mixed by a French bartender who flew into KL from a stint in Buenos Aires.

The next day (Sunday), we had 2 takeout Blighty-style pies that cost a frigging RM46+ (RM20 each plus service tax).  The size of the pies was pretty small – not filling for my 3 growing girls. For that price and 3 girls who were still hungry after sharing the pies, I think I’d get something more filling for them the next time. The petite pies would be perfect for someone on a diet.  Sorry, there is no picture of the pie but the slow-cooked beef pie was yums… but a tad expensive. 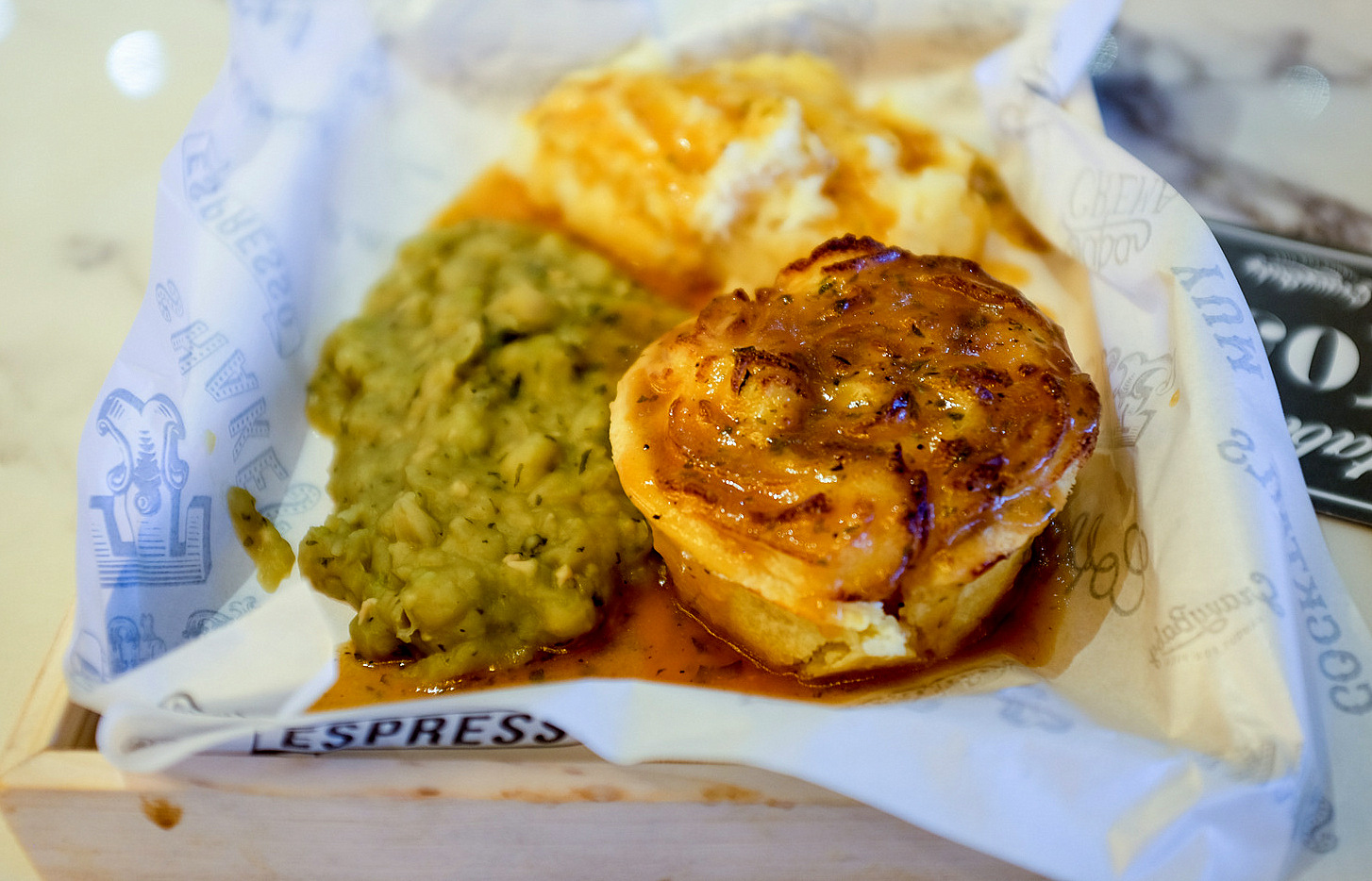 Off the pie section of the menu, you will find a long list of tempting options like braised steak & ale pie or blue cheese, potato & leek pie – a credit to the team led by Gravy Baby executive chef Paul Elliot, who spent the past few years helming the kitchen at London’s Army & Navy Club.

The next time we have brekkie or lunch at Gravy Baby, we will definitely try their pie bundle. I am sure having hot pies served with accompaniments like mash and beans at the cafe itself would give us a better experience vs. taking out.