Our 2nd day Raya holiday was spent at the mall.   Since 1 week is too short for a getaway (we would avoid the highways at all cost during major festivals), the next best way for the hubs to make everyone happy was to bring us all to the mall. The kids are always content with a movie at the cinema, the gourmand hubs is pleased as punch when surrounded with food and I am easily fulfilled with a does of retail therapy. We’re a family that’s pretty easily content with life 🙂

After breakfast, the hubs and our 2 older girls watched Independence Day: Resurgence. As usual, Cass and I toured the mall and bought stuff that we liked, while burning loads of calories… and my wallet.  Shopping is still my best hobby, and it doubles up as a super entertaining way of burning calories while flexing the muscles.  I can walk and shop from 10am – 10pm and not feel a wee bit of weariness.  I used to do that with my friends before the kids came along. I kid you not.  How I miss those days of shopping like there was no tomorrow!

After shopping and a movie, we had a late lunch at Alexis.  The nasi kerabu was delish with superb tasting sambal. 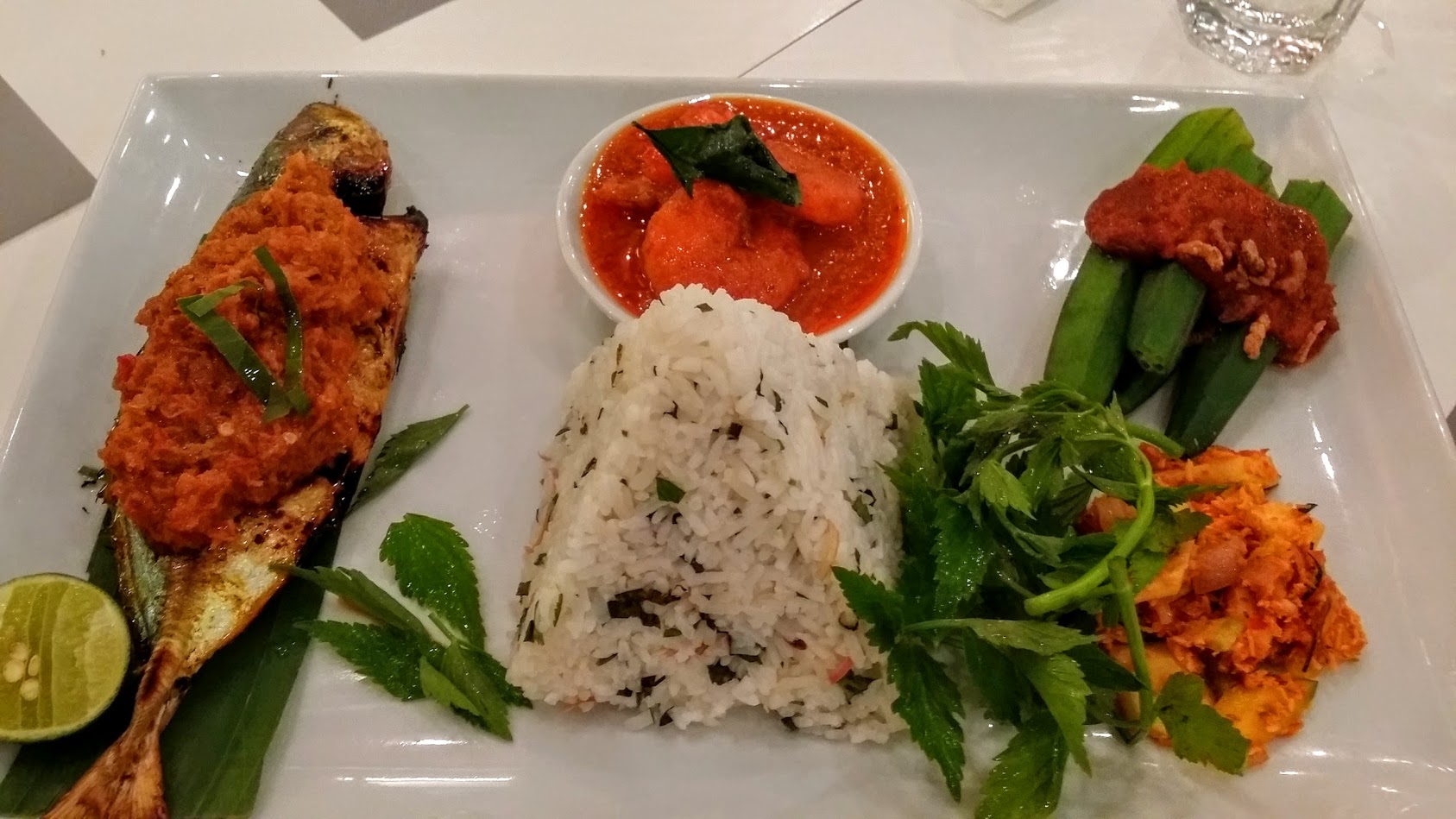 Since we were still pretty stuffed from a late lunch, the girls wanted something light for dinner.  They wanted to play masak-masak at the  kitchen.  The big princess who hates wetting and dirtying her royal hands was in a mood to fry stuff on the pan!!  What good way to train her to like this feminine hobby that’s a true survival skill.

Below – the big princess trying her hands out on the pan with caramelized bananas and caramelized onions for their sandwich with direction from Drama Queen.  There’s bound to be a lot of laughter and commotion  each time the girls want to whip out something in the kitchen. I know I am going to miss this when the girls leave the nest one day.

Chopping of onions and avocado was done by Drama Queen. I chopped and sliced the mozarella cheese, capsicums, tomatoes, cucumbers and pineapple.

Below – grilled bread with low-sodium and preservative-free Mozarella cheese from Arla. 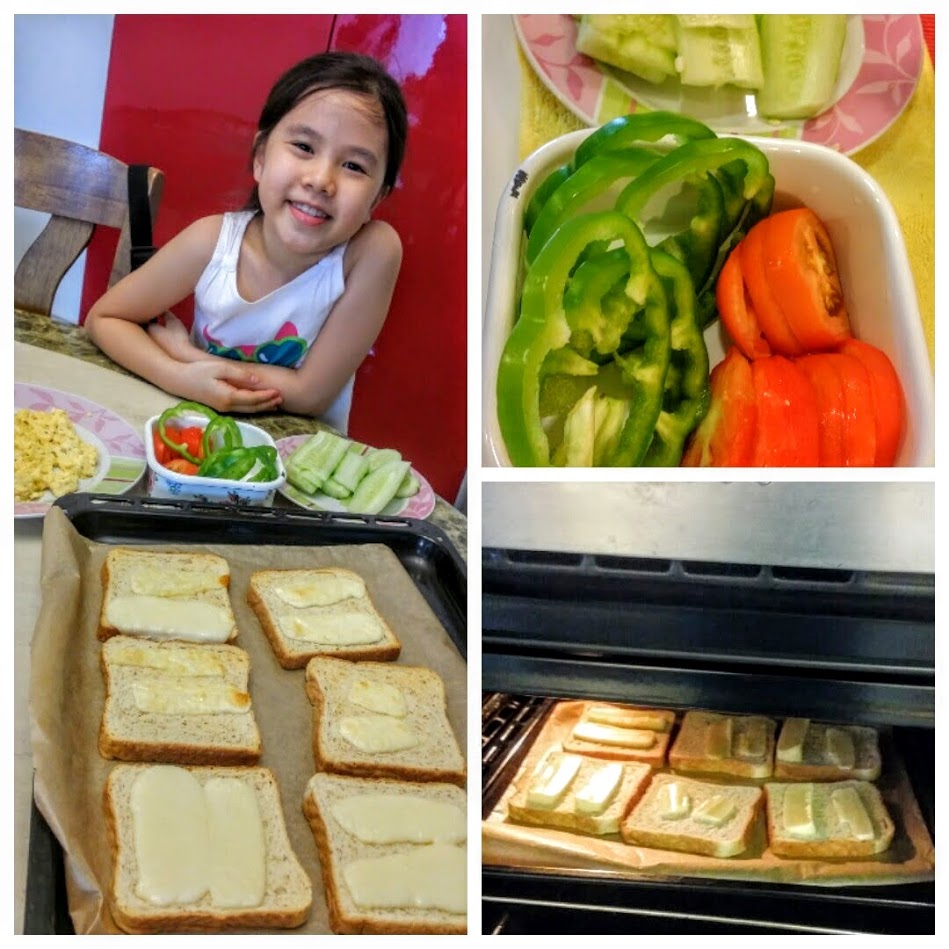 The girls’ grilled sandwich, piled high up with such healthy ingredients as scrambled eggs, mozarella cheese, caramelized banana and onions, avocado, cucumber, tomato, capsicum, pineapple and a squeeze of mayo and tomato ketchup for the more-ishness.