Can you believe that ever since the hubs replaced our old TV with a WiFi-enabled smart TV one year ago, I still do not know how to turn it on? HA HA HA!  Unbelievable right?

Truth is, I have NO TIME to watch the TV.

Am I the only work-from-home-mum of 3 kids who is so outdated and still living in a world of dinosaur TVs? Tell me I am not the only one, tell me!! I feel dumb ya know.

Last week, Drama Queen had to give me a short tutorial on how to operate the smart TV but know what? Half way through it, I was interrupted by work again and by the time I was done replying my customer, I looked at the clock and dang it, it was time to cook dinner already!  So yeah, I still do NOT know how to switch on the frigging damn smart, smart TV!!

How many of you here is just like me and still don’t know how to operate the smart TV? Raise up your hand!! 😀

One of the best things to happen on a weekday is to have Monday off – off goes all our Monday blues 🙂  And we had just that yesterday. It was such a LUXURY to sleep in on a Monday morning of a school-going week. Total bliss.

We spent our holiday at Avenue K. It’s been more than half a year since we last visited Avenue K.  The one restaurant that we craved to eat at was Tokyo-based Bankara Ramen.

Bankara Ramen serves one of the tastiest ramen in town. If you have tried their pork-infused creamy and luscious broth that comes with each bowl of ramen, you wouldn’t want to have ramen anywhere else.

Check out the spoonful of spicy bean paste chilli. It was so spicy that we wouldn’t eat it but when hubs told us that it costs a frigging RM2 (or maybe RM2.50) as add-on, Drama Queen quickly poured some onto her noodles. 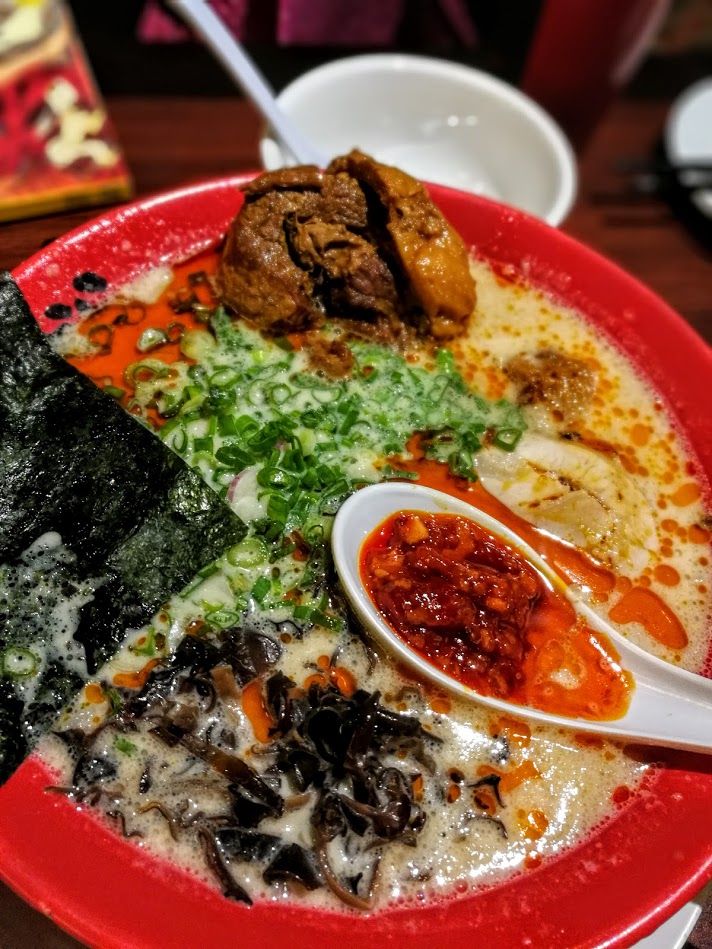 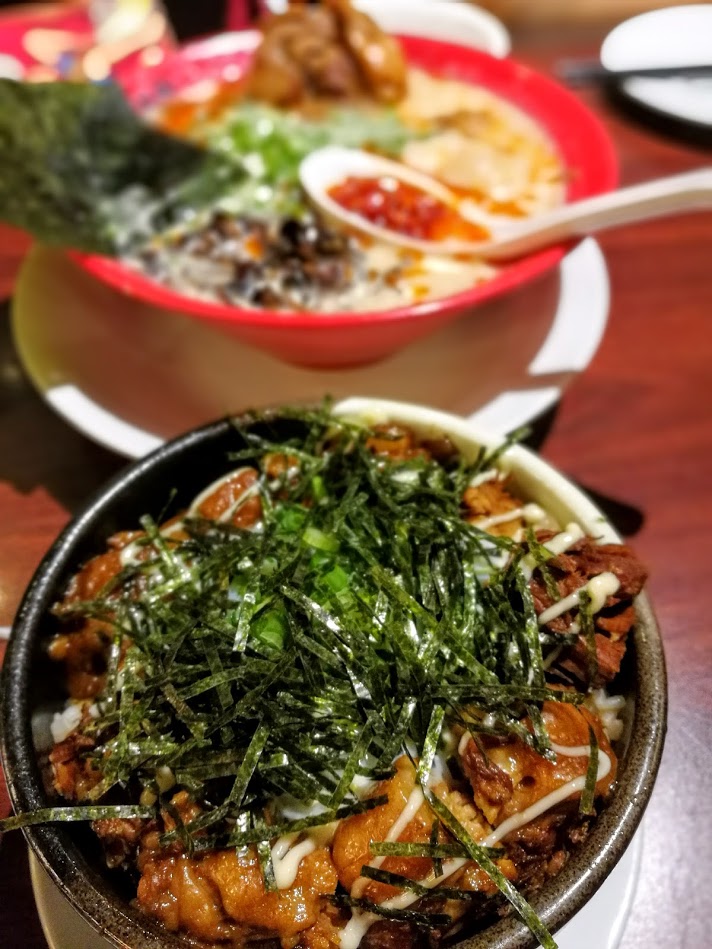 If you are not into ramen, try their Oyakodon, soul food of steamed rice with succulent chicken, soft-boiled egg and shredded seaweed. 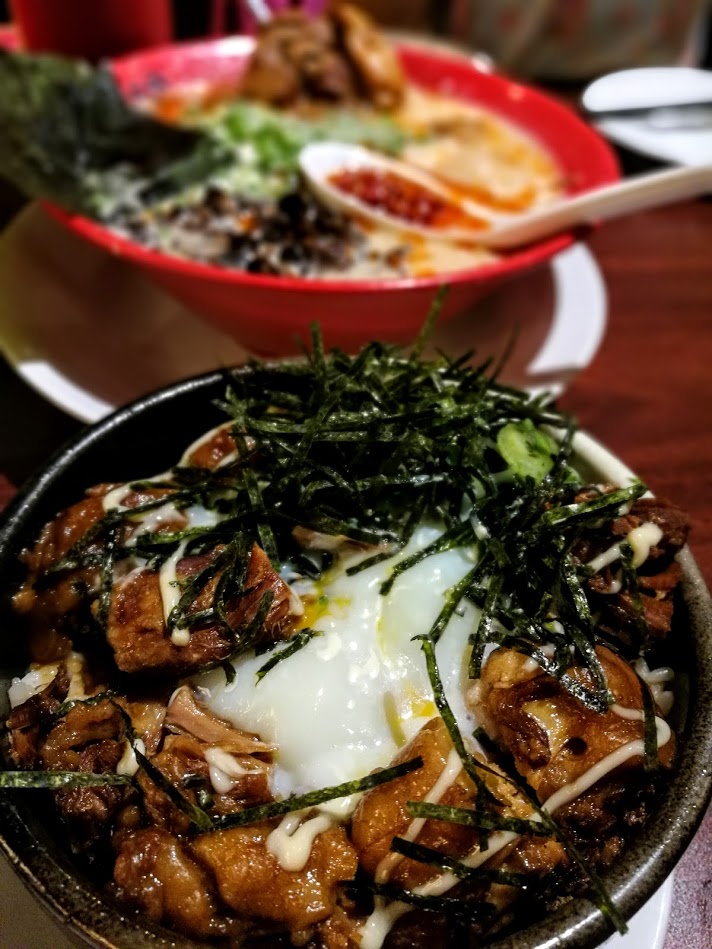 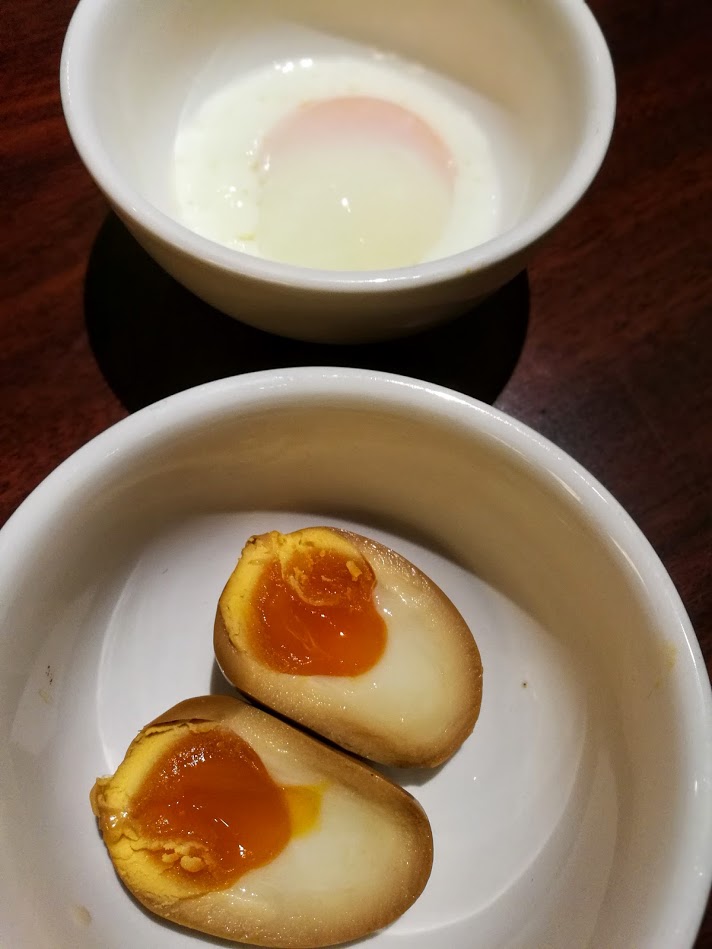 As we walked out of Bankara Ramen, we saw the newly opened Hokkaido Cheese Tart stall at the concourse.  Being the foodie that he is, hubs wanted to try this much raved about baked cheese tart from Hokkaido.

The baked cheese tart craze started in Hokkaido, Japan, took over the country and eventually invaded Hong Kong, Thailand and Singapore, before making its way to Malaysia.  The mousse centre is made with a blend of three different types of cream cheese, piped into a crunchy shortcrust pastry base. To ensure freshness and perfection, each tart is baked fresh daily at the outlet.   With a crumbly exterior and warm, soft, meltingly cheesy filling, it is no wonder this treat has taken the world by storm.

Each tart goes for RM5.80, and there is a six-for-RM29 promotion going on currently.

So are the cheese tarts really worth a whopping RM5.80 each? If you are a cheese and tart fan, then it is absolutely worth the price. I would give it a 5-star rating for taste and quality. I ate one this morning right out of the fridge and the tart still tasted heavenly. 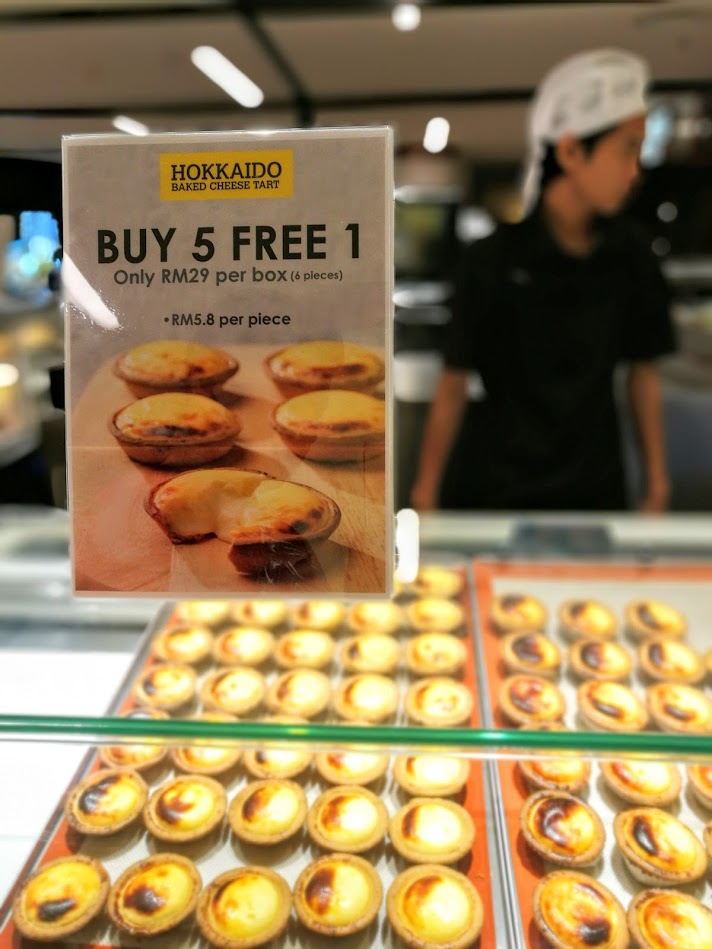 A few steps away from the Hokkaido Cheese Tart stall were some token-operated kiddie rides. Guess who wanted to ride on it (without buying the tokens of course)? Hahahaha! I guess the big girl missed being a kiddo again.  Once upon a time, she used to love riding them.  I remember hubs and I once collected so many one Ringgit and fifty sen coins just so we could use them for such rides during the weekends. 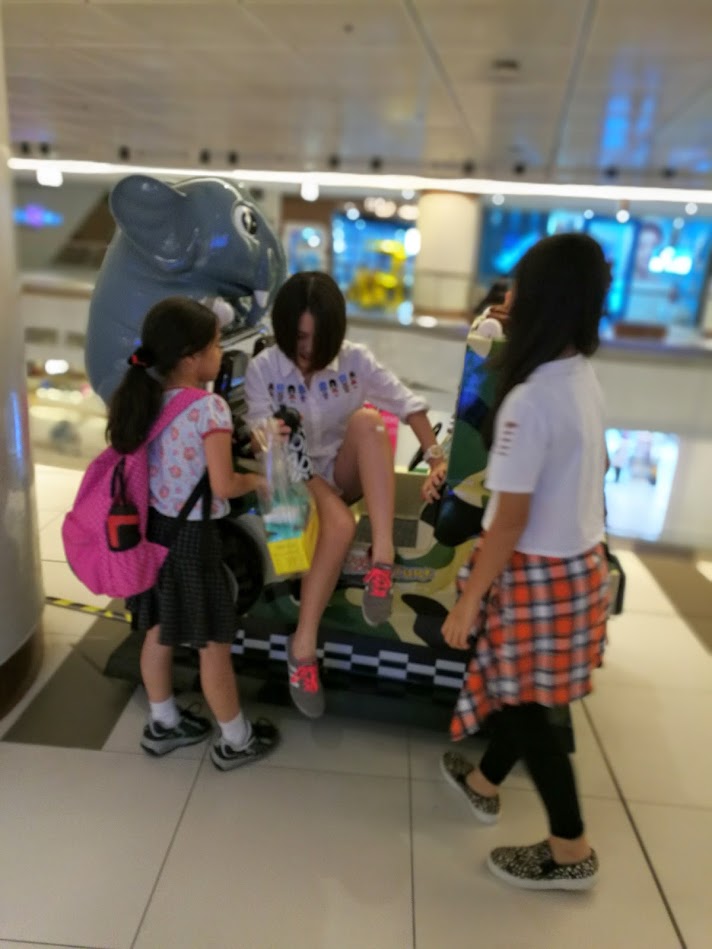 While I brought the girls shopping, the hubs went for a Thai massage to kill time.  We went to H&M and were pleasantly surprised that there was a sale going on. Lucky us as we managed to grab some real good deals. We also popped by Popular Book Store and Daiso before meeting hubs at Franco Japanese French restaurant for a very early dinner at 4pm!

While waiting for our food to arrive, we sampled the Hokkaido cheese tarts. They were SO good I think I walloped 2 tarts! Drama Queen whacked a tall glass of matcha ice-cream milk shake. Gawd, I would have puked had I put this entire cup of creamy milk shake into my tummy. 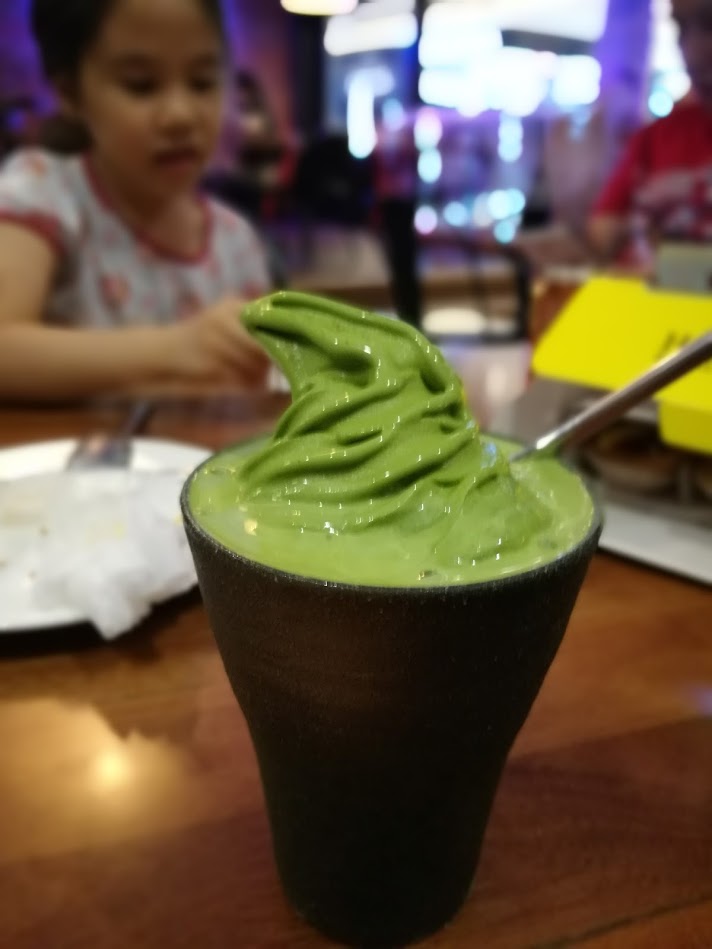 Hubs ordered a squid ink rice with mushrooms, squids and omelette which was really rich and delish.

Ham, cheese and egg on a super thick slice of toast.

After stuffing myself with so much rich food, I felt really cloy and had the familiar overeating stomach discomfort. For someone who eats very little food each day, my stomach had a hard time digesting so much high calorie food.  But I think I burnt off all the calories  by this morning. Before I plonked myself onto  bed last night, I did 80 bicycle crunches on the bed. This morning I brisked walked for 40 minutes and back home, after downing a packet of Izumio, continued with a few sets of Swiss Ball crunches on my fitball.