The technician from the oven company came to fix our faulty oven today.  And he’s one of the grumpiest technician I have ever come across.

When he saw how squeezy our kitchen was, leaving him with minimal space to pull the fridge out so that the oven plug could be detached from the wall socket, it irked him. And then he  just babbled away in Cantonese to himself, hoping that I would hear it:  “Walaueh, ngam ngam fit fit the space here. How to remove the socket?”  And he let out many, many sighs, “uuuh” and “ahhh“s as he pulled the fridge and oven out, like an Olympic weightlifter attempting his 10 tonne barbell.

Half way through fixing the oven, he complained to the mil that it was very hot in the kitchen and asked if there’s a fan to blow him. The mil then asked me to pull out the stand fan with an extension wire to cool the man down. I gave him a sarcastic look and said “what?!”  and he got the message and said “it’s ok, never mind then”. *roll eyes*

After about 45 minutes of loud sighs, “uuuh” and “ahhh“s and complaints that his hands were going to break, he summoned the mil and I to help him when he was attempting to put the oven back onto the cabinet.  The mil went “what, you want me to help you carry the heavy oven??!” LOL!

The mil and I helped him anyway as he was so just so pathetic.  We felt sorry for him too. The mil went behind the fridge to help him pull the wire and plug while I stood in front of the oven, helping to hold it.  In our 9 years of using the oven, never once did we get such a whiny technician.  When he first commented that it was impossible to fix the oven because of the positioning, I told him that in the past 9 years, all the technicians were able to complete the job without any complaints.

Thankfully Mr Whiny managed to complete the job despite tons of hilarious expressions, huffs, puffs and repeated comment that his hands were going to break. 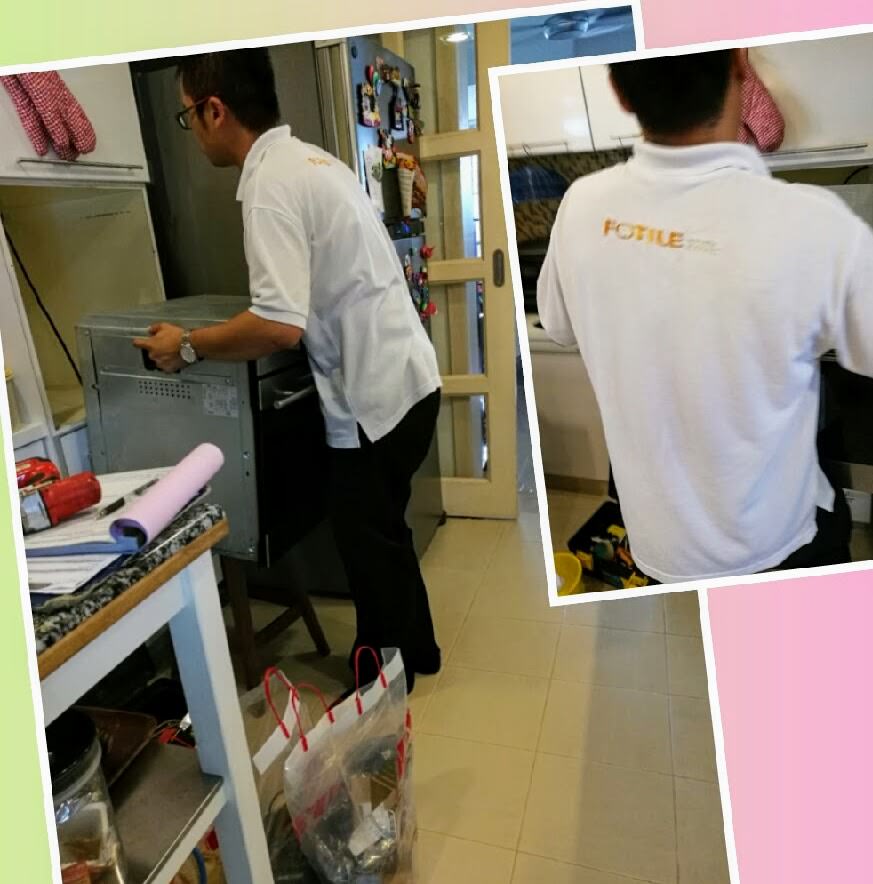 You might live in an area that is off the grid. You do not have access to get water from traditional sources. Therefore, you get your water from a well. You need to make absolutely sure that the water in the well is safe for you to drink. The best way to do this is to hire a company to set up a chlorination system that will kill all of the harmful bacteria that is in the well. Here are several tips that will assist you in finding a company that can do this for you.

1. Talk to people who drink well water on a regular basis.

The first think you will need to do is get some input from people who know more about using well water than you do. They will be able to give you some references in terms of companies that can chlorinate the water in your well. You should get as much info as you can when you are talking to these people. Find out how they found out about the company they are using. Have they had any problems with their chlorination system? If so, what were they? How much did it cost to install? It would also be wise to ask these people for any additional advice they can give to you concerning well water safety.

2. How long has the water conditioning company been in business?

You should never choose a water conditioning company randomly when you need your well water to be chlorinated. This job is much too important for the overall health of you and your family. Therefore, you should only hire a company that has been in business for at least five years. This will give you the peace of mind knowing that the water in your well will be safe to drink. Performing an online search will allow you to find an experienced water conditioning company Long Grove Il.

3. What is the company’s Better Business Bureau (BBB) rating?

You need to find out what the BBB has to say about any water conditioning company you are seriously thinking about hiring. You should only do business with a company that has an A+ rating from the BBB. This will tell you that the company is very reputable and has been performing great quality work for their customers for many years.

Do you have a drug or alcohol habit that has gotten out of control? If this is the case, there is no need to think that all hope is lost. You can get the help you need to kick your deadly habit once and for all. However, you need to be the one to take action. Nobody will be able to do it for you. The first thing you will need to do is check yourself into a rehab facility. Here are some tips to assist you in finding a good one.

1. Do you know anyone who has already completed treatment in a rehab facility?

It would be very helpful if you were able to get the advice of someone who has already been through the rehab process. These people would be able to tell you what to expect. He or she could also tell you the name of the facilities where they received their treatment. Are they satisfied with the quality of treatment they received? Have they had any relapses since they left the facility? How would they rate the staff that worked with them at the facility? The information they give you can assist you when you are comparing the various rehab facilities. You should also find out if any of these people can recommend a good halfway house in Arlington VA.

2. Does the rehab facility have a very high rating?

Most people know that colleges have rankings so you can compare them. Rehab facilities are the same way. You need to make sure that you only check yourself into a rehab facility that has received a very high rating. This means that it is very well respected in the industry. You can feel confident that you will receive a very high level of care if you decide to go there. You will be able to find all of the rehab facility ratings by performing a search online.

3. Go to visit the rehab facility in person.

You should always take a tour of a rehab facility before you sign the papers to check yourself in. You need to confirm if the facility is as nice as their website has led you to believe. Talk to the staff and look at the building you will be living in. Is this facility a place you would feel good living in for several weeks?