I  spent my Saturday morning (forgoing my desperately needed beauty sleep) to  accompany Cass at her school’s yearly jogathon.  An hour before we left the house, it rained heavily. I got ready the rain coats just in case we needed to wear them during the run.  Thank God it stopped  raining when we left the house for school.

Parents and students warming up with a dance before the jogathon started: 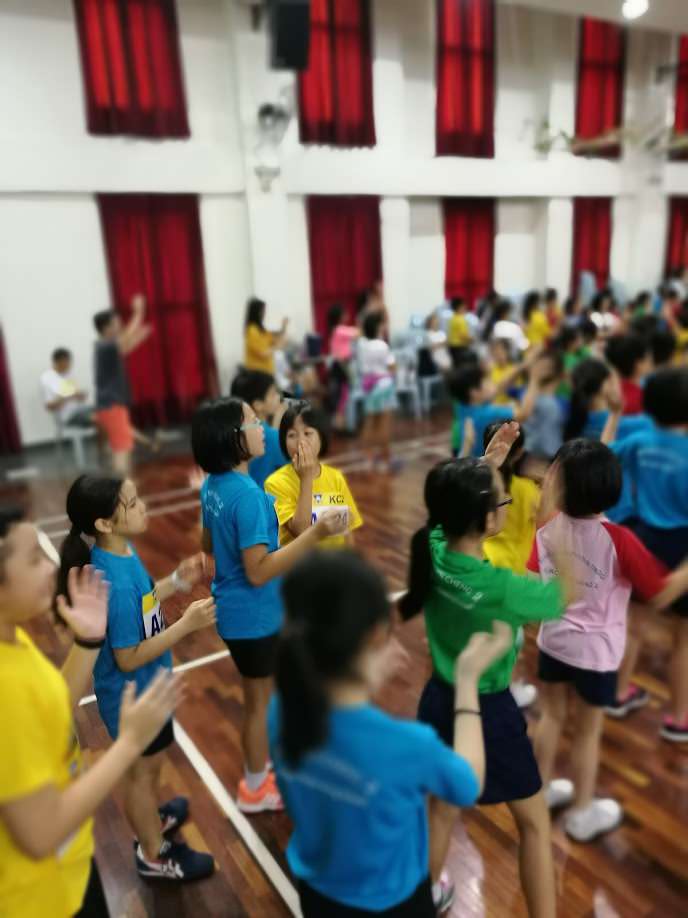 Less than a minute after flag-off, I overheard a bunch of students commenting that they were already very tired! And we had at least twenty minutes to half an hour more to go

Cass started off with running at full speed, something which I had told her NOT to do before the run as this would exhaust her very quickly. But this overzealous runner forgot all about it as she was merely following what her other friends were doing.  About 15 minutes into the run, she started to have side stitch. This is one of the worst things to happen to a runner as it would slow her down tremendously. I told Cass to do some deep breathing and to slow down from running to walking.

Half way through the run, we almost stepped onto this dead monitor lizard lying at the side of the road: 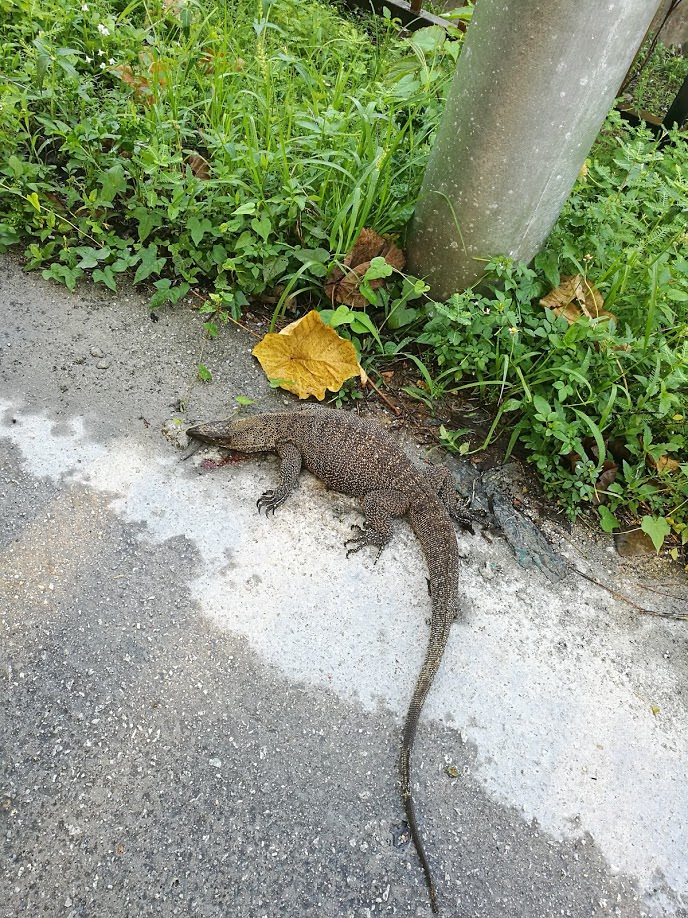 Cass with one of her besties, Chloe during the run: 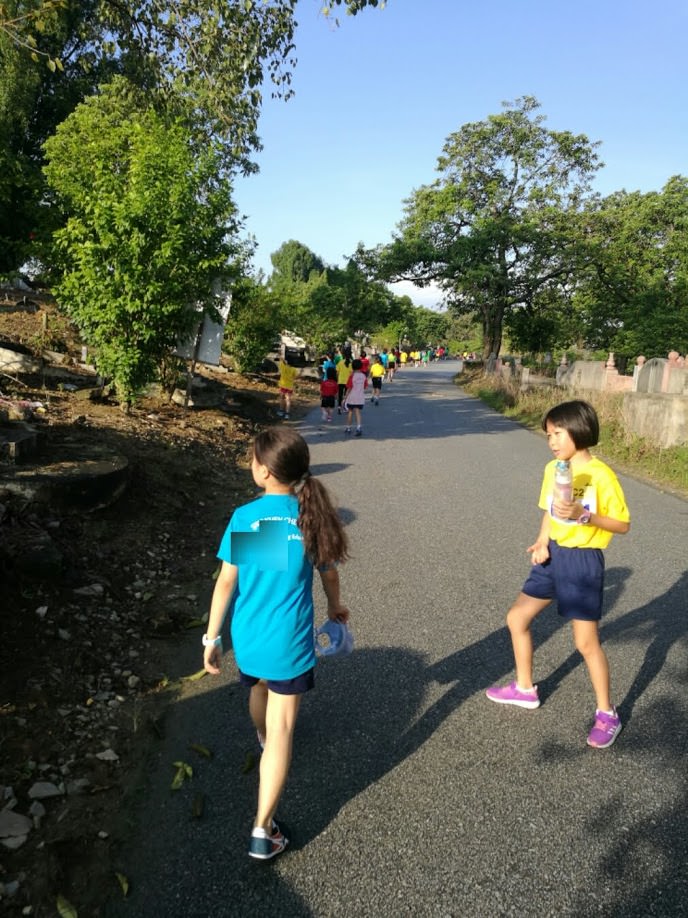 Cass and I managed to complete the run way ahead of many other students and parents, though we were not the first fifty to reach the finishing line. I was pleasantly surprised that the fun run was easy peasy for me (no gasping for breath, side stitch or anything like that, yay!), something which I should rejoice as this means that I am no longer severely anemic.

The good old Milo van always makes a school jogathon complete. Its presence always puts a smile on everyone’s face. After sweating buckets under the sizzling hot sun, nothing beats a cup of cold Milo. Cass downed 5 cups of Milo while I downed 3 cups 😀  I told Cass that she had busted her sugar intake for the day and  should go easy on sugar for the next two days. 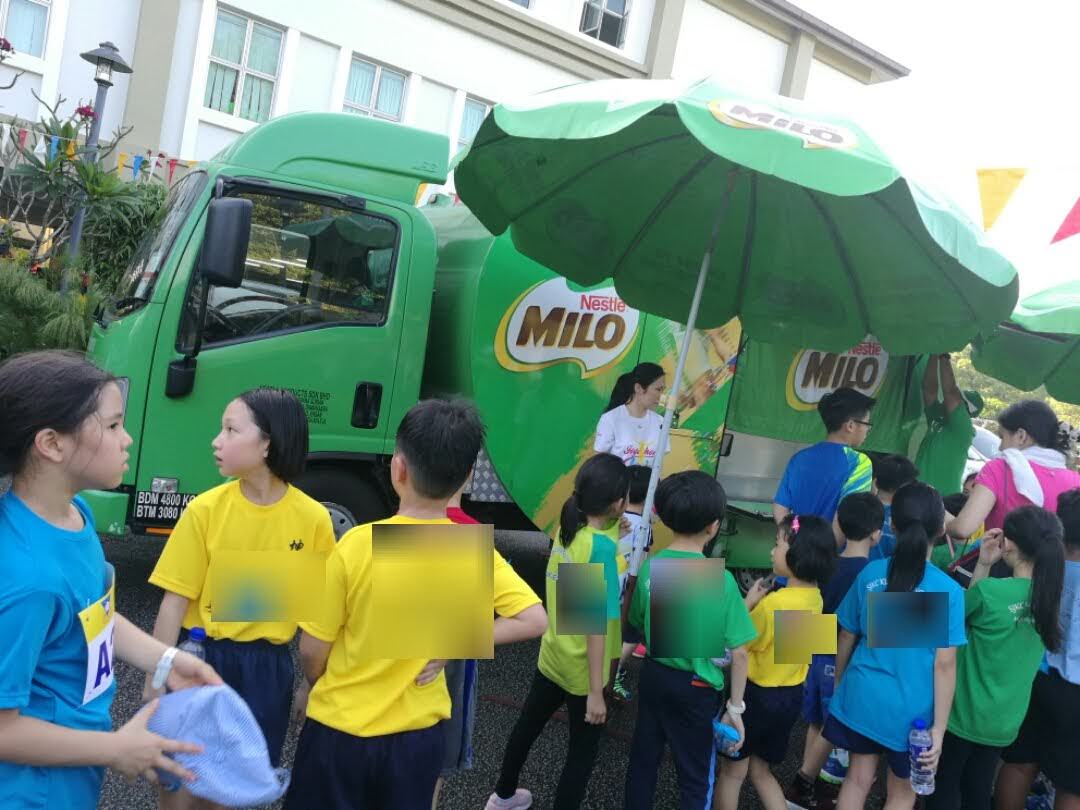 All in all, it’s been a fun morning in school. Cass and I enjoyed ourselves tremendously at the jogathon and will definitely take part again next year.  The only thing that bore me to the point of dozing off was waiting for the lucky draw to end. And the fact that I didn’t comprehend 95% of what was being said in Mandarin made it worse.

As for our weekly pet therapy after piano class, we saw a new batch of pedigree pups ~ baby French bulldogs. The fluff ball Samoyed pup that tugged on our heartstrings had been sold off quickly once again, which disappointed us yet again. Cass said that she wouldn’t mind a pug or a bulldog as long as she could have a pet dog. But err,  pugs are just not for me. I prefer big, hairy and fluffy dogs with a more pleasant looking doggy face 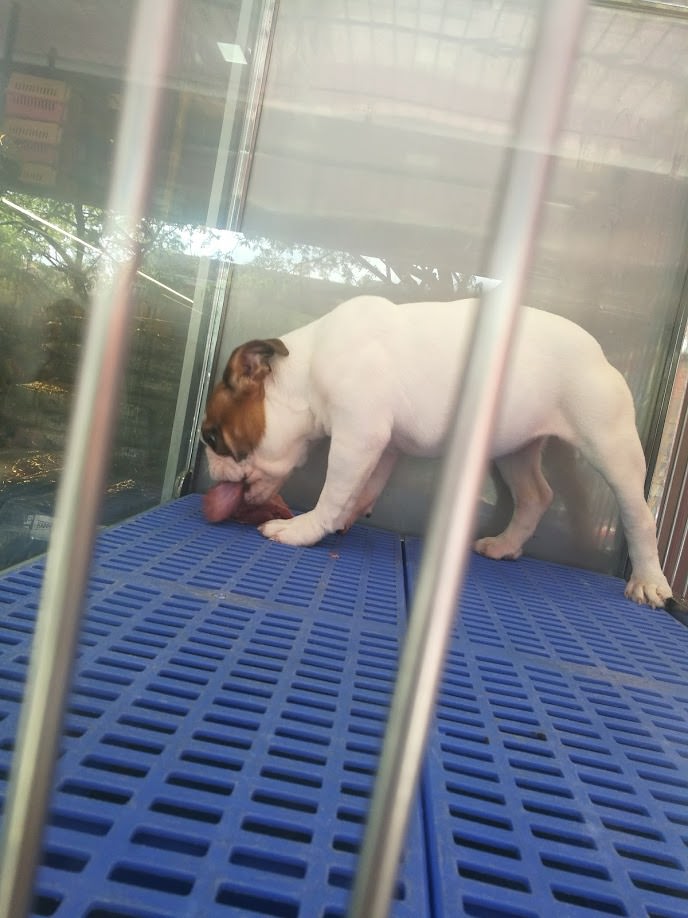 A  pup gnawing on a big piece of raw pork.