We were very early for our 8:35 a.m. ETS this time as we didn’t have breakfast at McD or Burger King.  I told the hubs that having breakfast at the station was a complete waste of time. I bento-ed fried rice and apples for the girls to eat on the train instead. 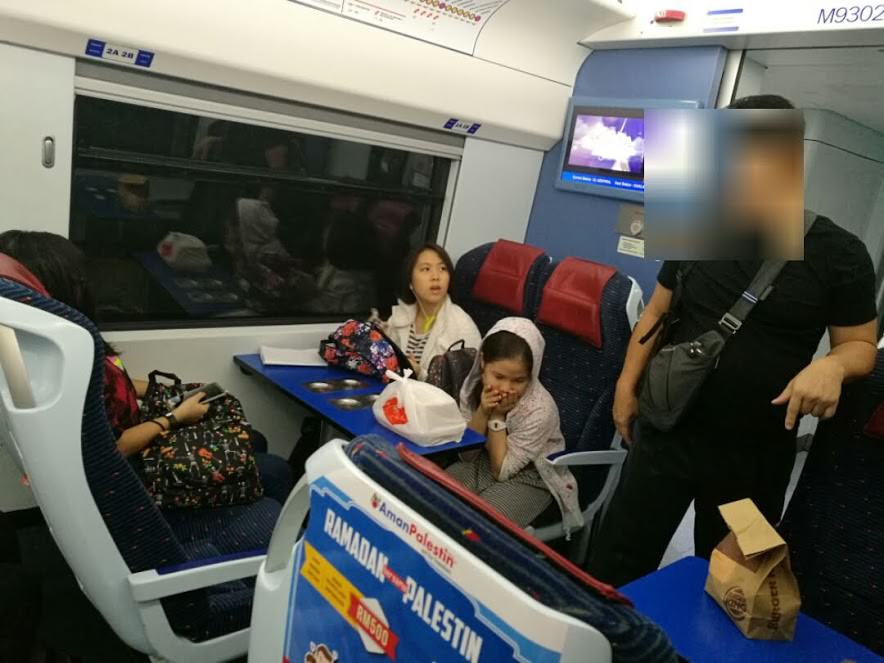 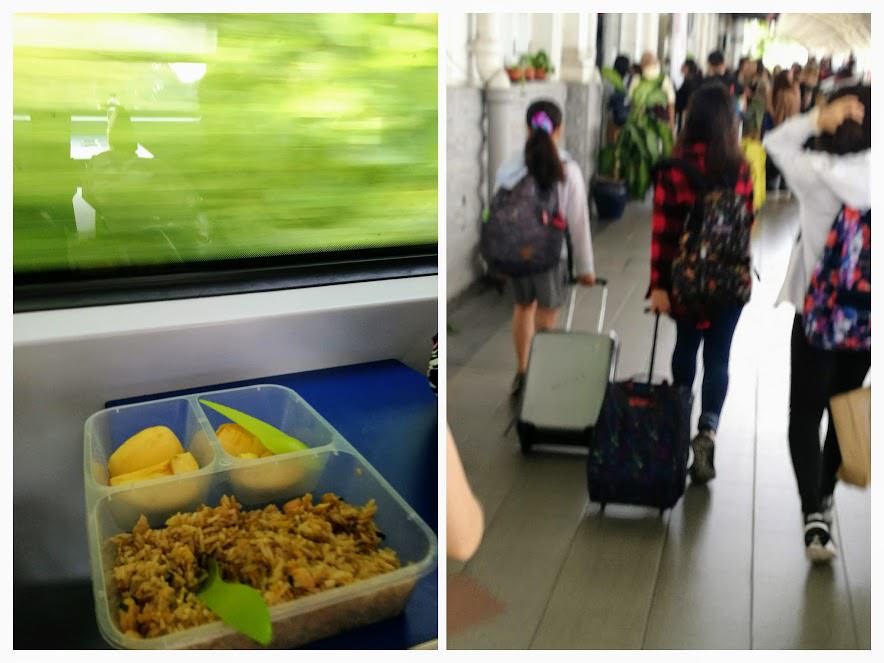 My papa and younger brother couldn’t pick us up from the Ipoh train station as papa had inadvertently left both sets of his car keys in his car when he manually locked the car. And the other car had a flat tyre in the morning when papa went to the market  to get coconut water for us. He had to change the tyre by the side of the road in the hot sun. Double whammy!

We took a Grab car to my parents ~ with 6 people crammed into the car including the driver and it was only a Proton Preve car.

Lunch was at our favorite kopitiam at the neighborhood. 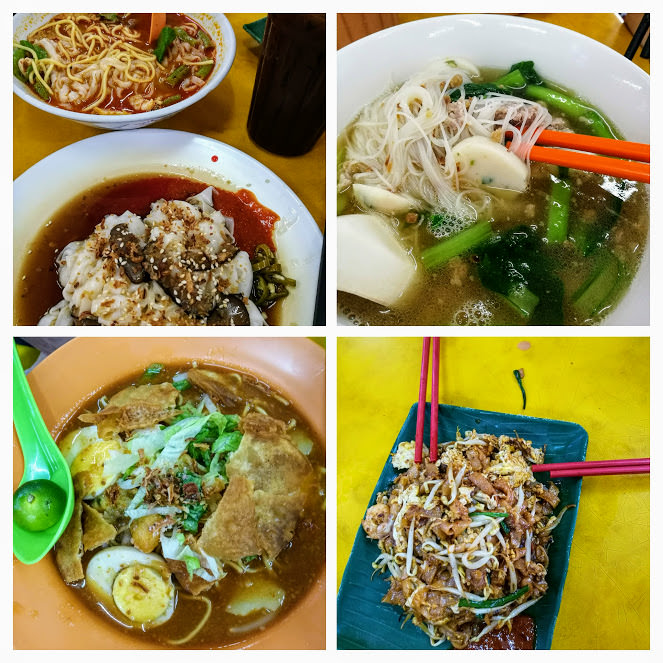 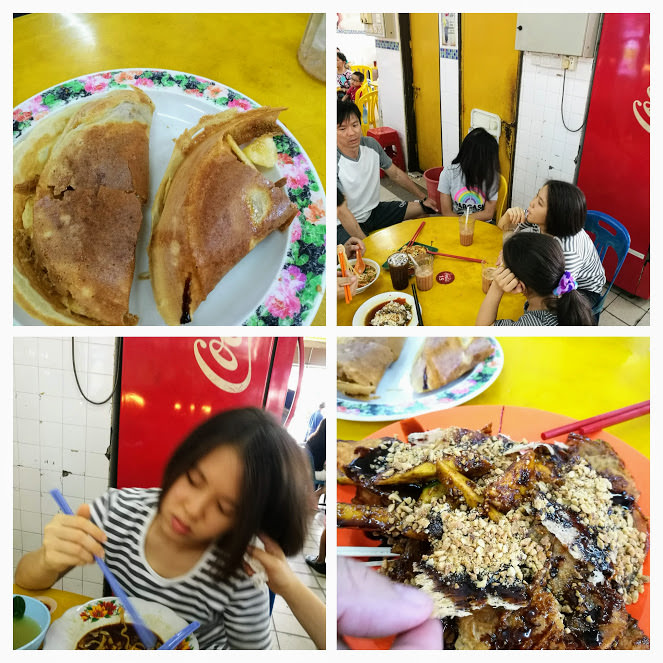 After lunch, I took Cass to Kinta Cinty to claim her reward. I told before her exam that if her ‘position’ is within 20 in the entire Primary 4 (of 6 classes), she gets her wish of owning any novel that she wants. 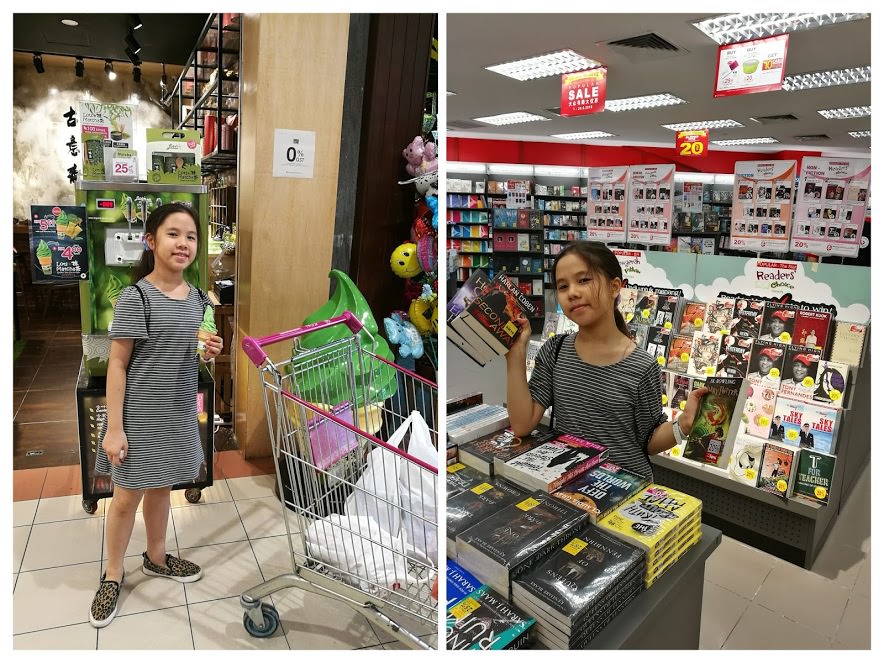 Her reward was a Harry Potter book plus bonus of 3 other books on special offer at only RM10 each. 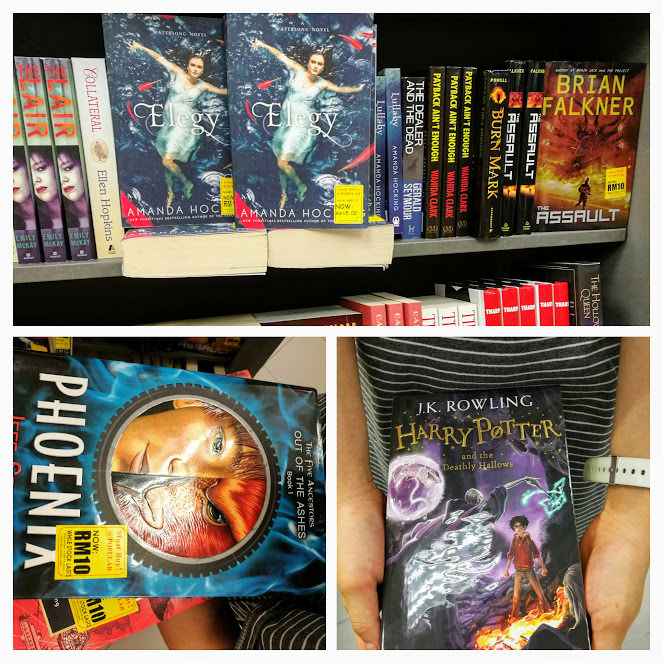 At the Claw Machine at the mall, while observing people play, Cass spotted a young man carrying a backpack and slinging a shoulder bag for his girlfriend.

Cass – mum, I feel REALLY SORRY for the man. Look…

Me – (ROTFL!) then make sure you don’t do that to your boyfriend in future

Cass – hell no. I will never have a boyfriend. 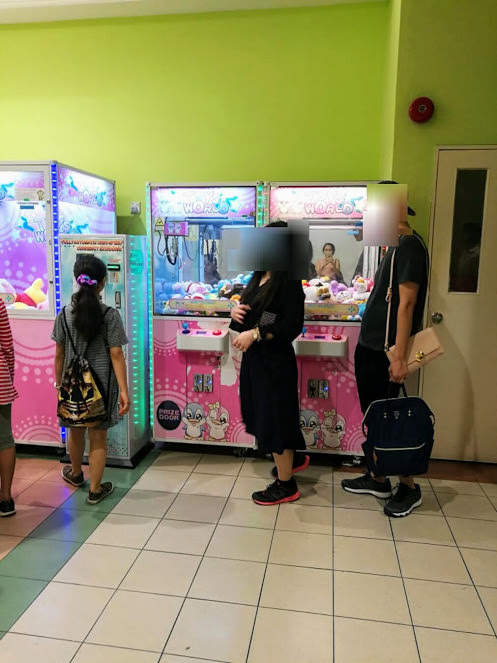