The heat wave is on and I’m back to my days of showering 4 to 5 times a day! Every activity that I do that involves moving vigorously from moping the floor to hanging the laundry, changing the bedsheet to cooking sends me to the bathroom for a quick 5-minute shower. Even my Drama Queen who is in the afternoon session in school, who is usually very tolerable to heat was torqued off when I told her that I was bringing her to the open air kopitiam to have lunch. She didn’t want to go to school feeling like she’s got a wet plastic cling wrap on her body and asked  if she could have lunch in an air-conditioned place.

So here we were yesterday, enjoying our expensive lunch in the supermarket, just so we could enjoy the air-cond:

She had grilled Shishamo smelt  bento while I had half a packet of economy meehoon and a cup of milk tea. See, the mother eats like a maid and the daughter eats luxuriously.  I never had such luxury growing up. My girls are lucky!

I have not wiped the ceiling fan in my bedroom myself for years. Well, easily for the past 10 years as I’ve always had a live-in maid and part-time maid to help me with it. But since our part-time helper is now pregnant, I have to do this chore myself, with some extra large antibacterial wet wipes.  And I ended up with a crick in my neck yesterday after trying to elongate my neck like a giraffe to reach the top most part of the ceiling fan.  I can’t even turn my head properly now when I drive. Dang it! 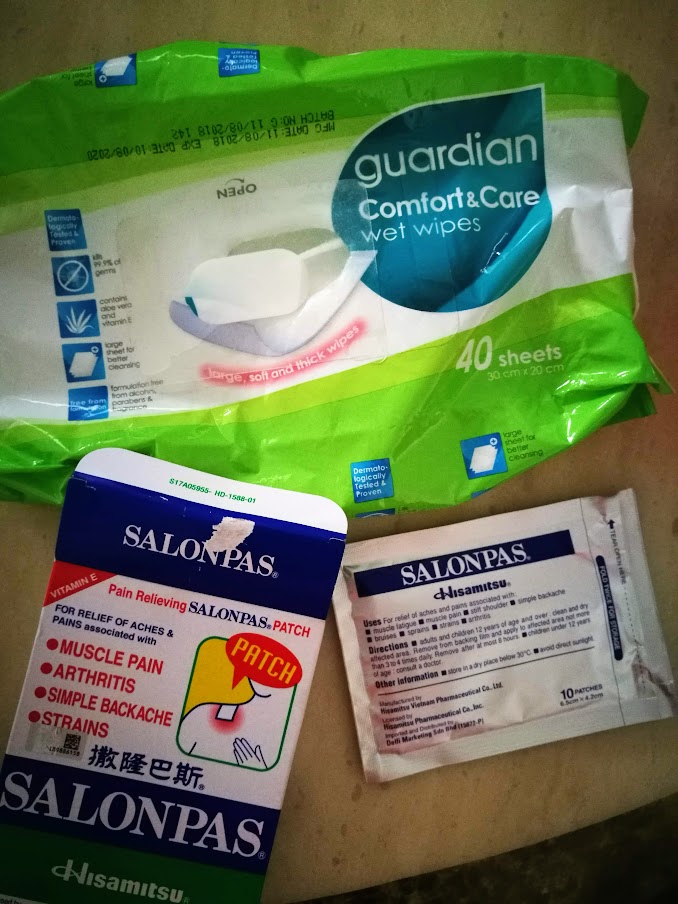 This was my keto brunch today (chicken, steamed egg and vegetables) after 15 hours of fasting for my yearly blood test for cholesterol and blood sugar: 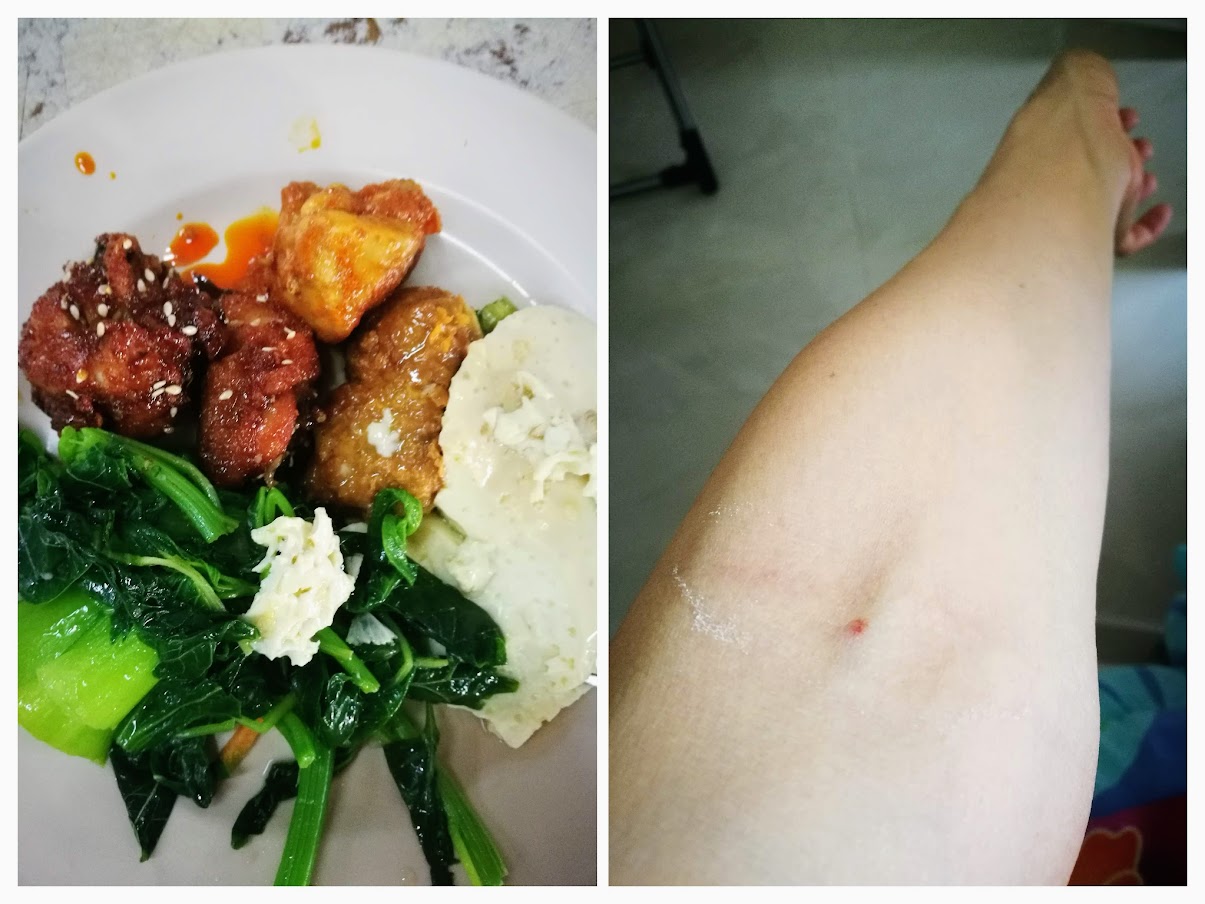 Hope the readings for my cholesterol will be better this year. If you don’t already know yet, I have Familial Hypercholesterolemia, which is genetic high cholesterol. No matter the diet and exercise regimen that I’ve tailored into my life, my cholesterol level is still slightly elevated.  Thus, I can’t be the hardcore  carnivore that I was many years ago. Wish me luck in my blood works results!

A low dose antibiotics or prophylactic antibiotics is usually prescribed to patients who get recurrent UTIs. This has to be taken orally for at least 6 months or even longer. But despite being on oral antibiotics, some patients still get frequent UTI attacks.  In this case, the patient has most likely developed an antibiotic-resistant UTI, which is extremely common these days. Wouldn’t it be God-sent if there was a daily UTI prevention pill for recurrent UTI sufferers without the nasty side effect of antibiotics? The answer is YES and you can find your relief from Uqora, the manufacturer of UTI prevention products made from natural ingredients.

About 25 percent of women with acute UTIs experience another attack within six months of the first infection. If you’re an otherwise healthy person, this means the bacteria weren’t totally wiped out from your urinary tract, and these pesky bacteria have regrown to once again wreak havoc on your urinary system (and life). Assuming you’ve taken the entire course of antibiotics prescribed by your doctor, that means the strain of bacteria you were originally infected with is now resistant to the particular antibiotic you took.  Your doctor then fixes this by having your urine cultured so that he can select a second round of antibiotics that’s known to be sensitive to the offending bacteria.  But if you are unlucky, it may take two or more rounds of antibiotics to knock the UTI from your system.  By this time, your body is already weakened by the antibiotics and the next time you get another round of UTI, the antibiotics would have already been resistant to the bacteria. This sounds like a never-ending nightmare if you suffer from recurrent UTI.

There is now a UTI prevention drink called Target made from only natural ingredients that has proven to work for many UTI sufferers.  Target is composed of such natural ingredients as D-Mannose, Vitamin C, Vitamin B6, Calcium, Magnesium, Potassium, Natural Lemon Flavor, Citric Acid, Organic Stevia, Silicone Dioxide, Beet Juice Powder.

D-Mannose is scientifically proven to be effective for treating urinary tract infections.  It is even more effective than cranberry juice.  Mannose is a natural sugar (not the kind that causes symptoms or yeast overgrowth) that is excreted promptly into the urine. E. coli bacteria, the “fingers” that stick to the bladder wall stick to the D-mannose even better. When you ingest a large amount of D-mannose, it spills into the urine, coating all the E. coli’s little “sticky fingers” so that the E. coli are literally washed away with the next urination.

Target, which has D-Mannose as an active ingredient, binds with UTI-causing bacteria and increases urinary flow to flush them out of your urinary tract while boosting your immune system. All at the right time. With Target and other UTI prevention products from Uqora, recurrent UTI sufferers can now heave a big sigh of relief!

There are plenty of methods on how to prevent UTIs naturally without resorting to antibiotics. The next time you feel a UTI coming, take these UTI prevention steps immediately including a UTI prevention drink or pill from Uqora to stop those pesky bacteria at their tracks before they cause another havoc in your system.