5 May 2019 marks the 10th anniversary of Cassandra’s first surgery – a Uretheral Reimplantation Surgery to fix a Grade 3 Kidney Reflux on the right duplex kidney. That surgery got into an unfortunate complication and despite a battery of X-rays plus a CT-Scan, multiple ultrasound scans and a Fluoroscopy, all the scan images did not pick up anything abnormal in the guts.  Baby C kept throwing up green stuff and her stomach kept ballooning by the day with a fever.  Can you imagine the amount of radiation absorbed by poor Baby C’s frail tiny body? Two weeks later, she was operated on in an emergency surgery and the surgeon found a kink at the end of her guts. That 3 weeks at GMC Penang was the darkest period of my life.  Can’t believe that it’s 10 years already!!

10 years on and my Baby C has grown from a super adorable baby into a very  headstrong girl who recently always bumps head with me. I was told by a doctor that it’s what she’d gone through during her babyhood that forms her pig-headedness with a high pain threshold.   Nonetheless, she still has a very special place in my heart and I am sure that one day, she will finally understand everything that I do for her.

But hey, it’s onwards and upwards from here!  New research has shown that stubbornness, it seems, is a really good predictor of a child’s future success in life. Guess who earned the highest salaries in the end? The kids who ignored both rules and their parents. So, if your kid always demands a bigger cookie or other whims and fancies, they’ll probably grow up to demand for bigger bonus and more perks. Makes sense, no? 🤑

OK, back to our Sunday and foodie talk!

Despite the next day being Alycia’s exam and in a week’s time it’s Cass’ exam, we spent the entire afternoon at Pavillion – digging into glorious food, desserts, boba tea and shopping for Nike shoes! The girls even asked to watch End Game, but I said NO! 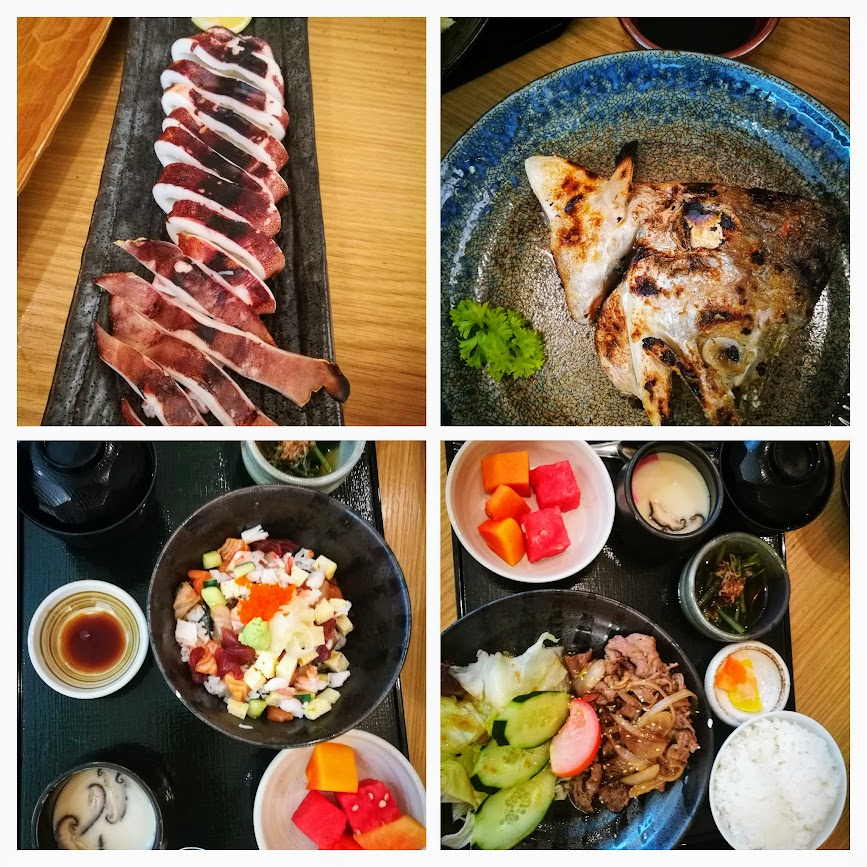 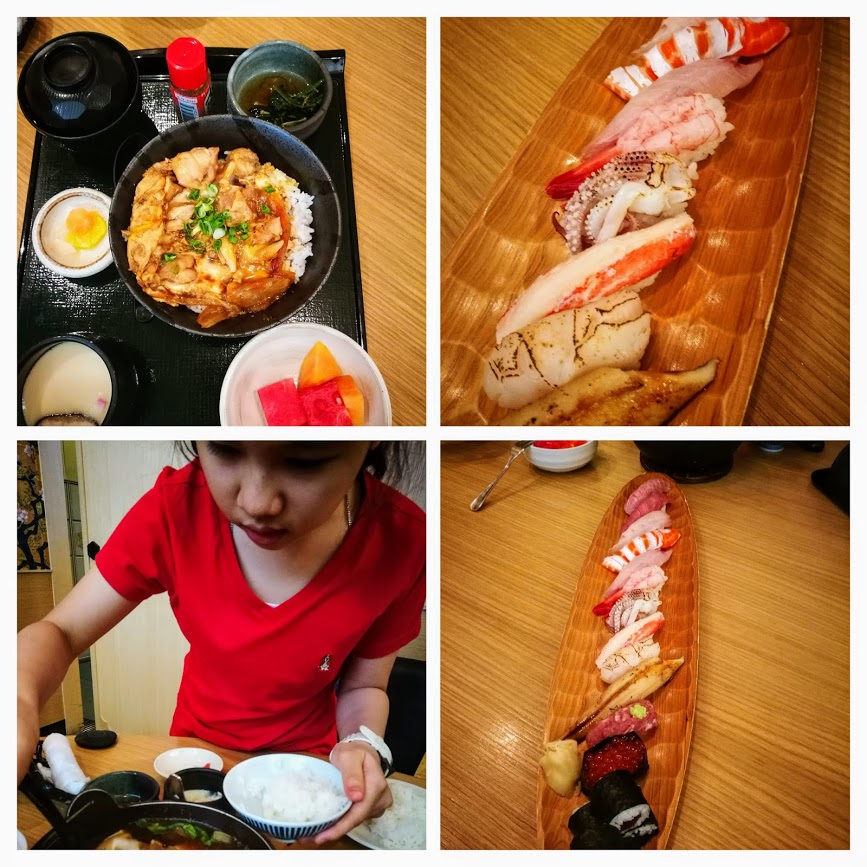 After a sumptuous lunch at Rakuzen Pavillion, we went to Nike and hubs said everyone could choose a pair of shoes and other stuff!  🤩

After 1.5 hours at Nike, check out the big shopping bags that the girls are holding here: 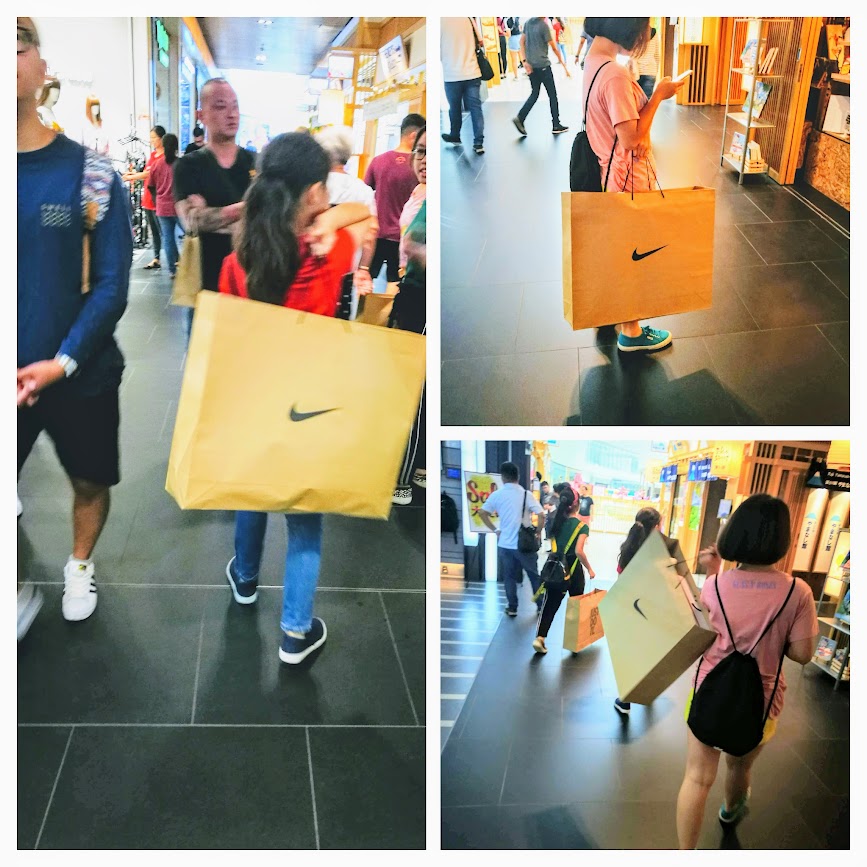 Damage was 6 pairs of sports shoes, 2 pairs of slippers, 2 sports bra for Alycia and Sherilyn, 3 shirts and 2 basketball pants and socks for the hubs. I chose a pair of running shoes in dusty pink, my favorite color 😊 Don’t ask how serious the damage was!

Dessert was at Miru: 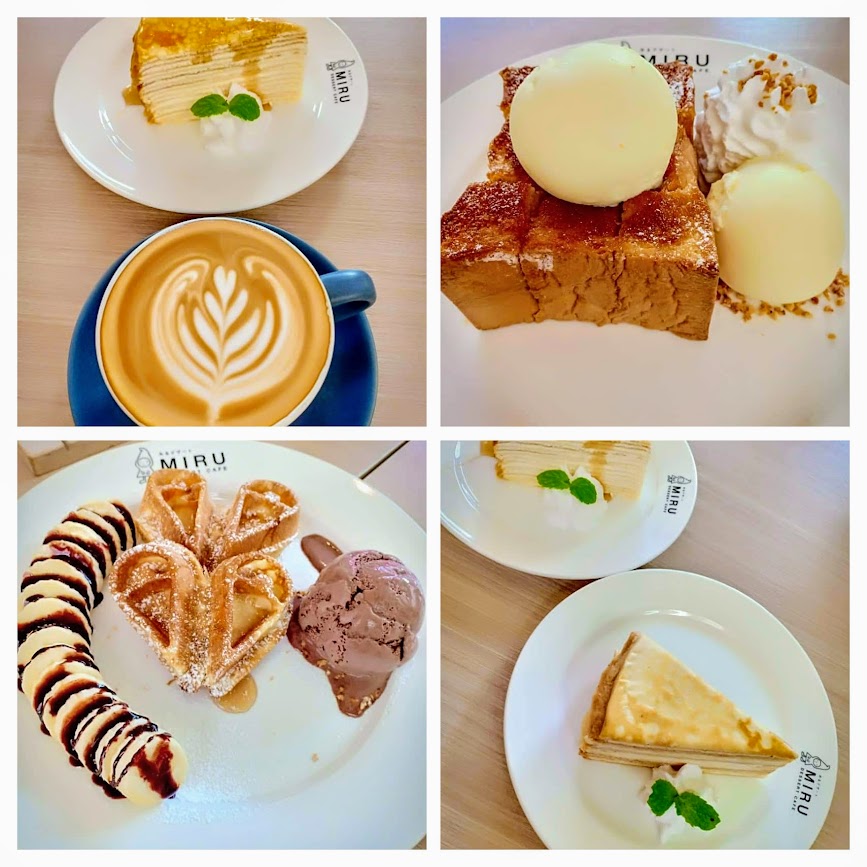 And we tried KOI boba tea. Alycia waited patiently for half an hour to get her golden boba milk tea and Konyaku jelly milk tea with quarter sugar for me.

And the verdict: The tea is more expensive than Tealive and Cha Time and does not taste as good as all the ravings have been. There’ll be no more second time. I’m sticking to Tealive, Cha Time and Gongcha.

I guess Sherilyn has been the happiest today. Not only did she get herself a good pair of Nike running shoes, she and her friend got through the Berjaya Teen Star Challenge audition (modern dance event)!  But this shall be in a separate post ☺️  Stay tuned…

Your graduation from university is one of the most memorable and important events in your life. Mom and dad and just about everyone else in the family have been waiting for this day for a long time, so it’s a great time to celebrate your achievement with your loved ones with a party. A graduation party can be held on the day of the graduation or the same weekend.  Sending out customized graduation party invitations will be a great way to invite friends and relatives to your big day.

In some cultures, it’s traditional for friends and family members to send money as a graduation gift.  Who doesn’t need a little help as they have to pay for work clothes, a cell phone, a car, and everything else that’s needed for a new job or even graduate school?   With a graduation party invite, some folks may send you the money that you need!

Sending out photo invitations graduation is a great way to keep friends and relatives informed of the party date besides letting them know what your degree is and when, officially, you’ll be receiving it.  Your parents have always been supporting you throughout your time in school, college and university, so let them have some bragging rights for the next few months by having their own invitation or announcement to post!

An announcement or invitation is also a great way to keep the doors of communication open to keep in touch with people whom you’ve not contacted for a while.

Above all the above reasons, your graduation party invitation will be a great keepsake and legacy that you can store in a shoe box or drawer for your future children and grand children to see!

Basic Invite is one of the few websites that allows customers to create graduation party invitations and then print a sample of their actual invitation so they can see exactly how it will print as well as the paper quality before they ever have to place their final order.   Basic Invite is also one of the few websites that allows customers almost unlimited color options with instant previews online. Once you select a design you can change the color of each element on the card to over 180 different color options so you can make sure the card is exactly how you want it down to the littlest detail.

There are plenty of lovely designs to choose from at Basic Invite. Here are just a few.

I’m sure you’ll never forget all the late nights, study sessions, hard work, cramming, and tears you did to earn that degree. This is your perfect chance to let everyone know that you’ve finally earned your degree without sounding too pompous about! Get yours done at Basic Invite as they’re now offering 15% off with coupon code: 15FF51!