On the first day of the recent school holidays, I took the girls and the mil to the cinema to watch Aladdin. I had read about the 2.5 to 3-star rating and reviews on Aladdin by some movie critics before watching the movie but undeterred by the poor reviews, I went ahead with the movie. Aladdin used to be one of my favorite childhood Disney movies and still is.

Aladdin is a classic story exquisitely made with an immensely talented cast. For me, watching this was like watching one of my favorite childhood films come to life.  I left the theater feeling like a kid with a silly grin on my face while chatting non-stop with the girls on the movie. Disney never disappoints and this time, Aladdin has aced it.

The verdict: Aladdin is everything a remake should be. Absolutely stunning and colorful cinematography, talented actors, amazing musical numbers, beautiful vocals and show stopping choreography. Will Smith is just naturally hilarious.  Mena Massoud and Naomi Scott were perfect as Aladdin and Princess Jasmine, and Will Smith pulled out a fabulous performance as the genie, making the role his own without copying Robin Williams. Aladdin is a complete triumph.

After watching the movie, Alycia and I are now even more obsessed with A Whole New World!🤩 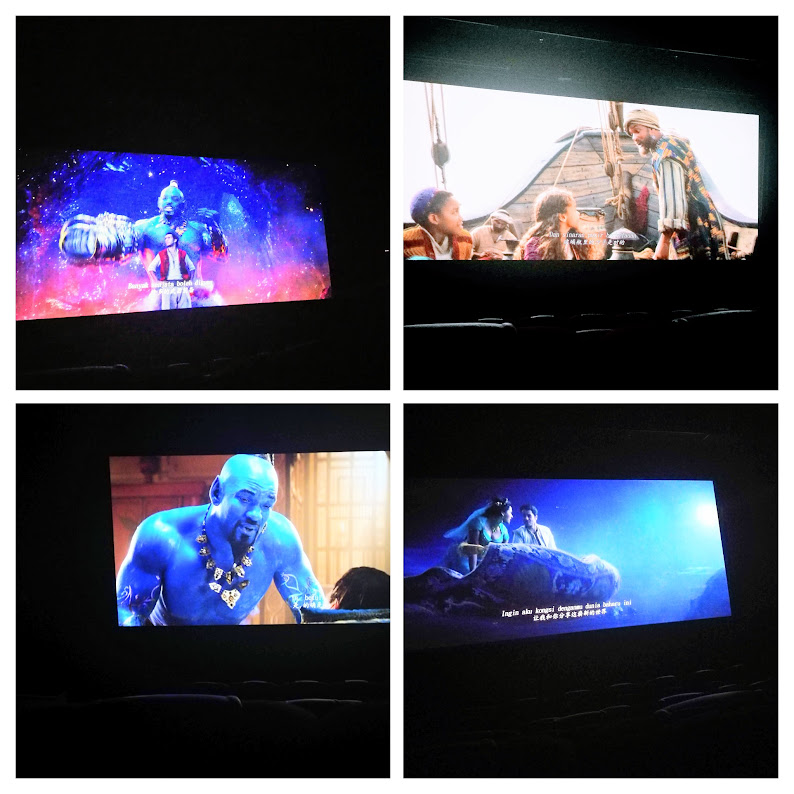 Our lunch at House of Pok just before the movie: 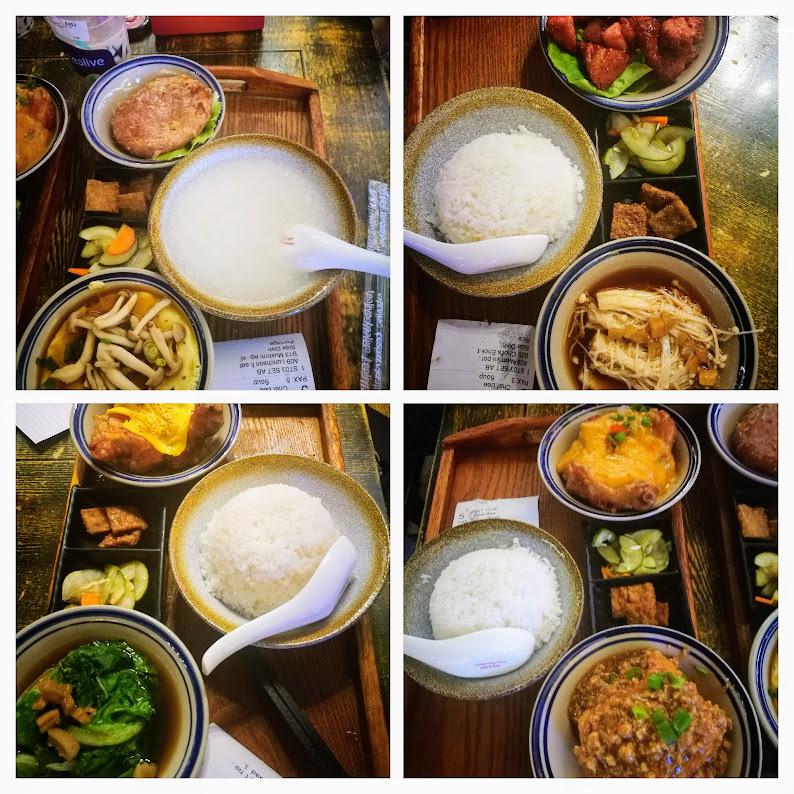 The prices of the mix and match set meals are very affordable and food is pretty good.  But be sure to be at the restaurant early to secure a table. We had lunch at 11-ish a.m. and got a table without waiting. Other times, there’s always a bee line outside the restaurant.

After the movie we went shopping at Mr DIY.  While I was looking at some stuff, Cass was checking out some note books at another aisle. After we left Mr DIY, Cass told me that whilst she was at Mr DIY, a teenage girl came up to her and asked her if she’s going to watch a movie, to which she replied that she had already.  When we were on the escalator, Cass suddenly realized that her Harry Potter book wasn’t with her. She checked her bag, I checked mine, checked with the mil and the other 2 girls and none of them had her expensive Harry Potter book.

I suspected that the stranger who came up to Cass may have errrr… ‘charmed’ Cass and taken the book while chatting with her.  Not overreacting here but the mil’s good friend got ‘charmed’ by an unsuspecting woman at the PJ wet market recently and when she woke up from the spell, she realized that all her money was withdrawn from a few banks! Mother of all nightmares!  But Cass was convinced that it wasn’t the stranger who stole her book. “Mum, I was NOT under a spell. I know what was going on ok!” Cass kept telling me  😆

We went back to Mr DIY and checked all the aisles that Cass went to, we checked the floors, the escalators and then went back to the cinema and asked the staff to help us check the cinema that we were in to see if the book was there. And the book was indeed left behind in the cinema. It had dropped onto the floor!  My careless girl!   But we couldn’t get the book back immediately as a movie was ongoing.

The funny thing is that before we left the cinema, I had checked the seats that we sat on to ensure that nothing was left behind. I have a habit of looking back at the seats and floor whenever I leave a restaurant or just anywhere. But this time, I had overlooked the floor. We couldn’t see clearly anyway as it was still pretty dark inside the theater after the movie.

I only collected the Harry Potter from the cinema staff yesterday, i.e. two weeks later. Aladdin will be one movie that Cass will remember for life because of this particular episode after the movie.  She loves all her novels, especially the Harry Potter series and was devastated when she realized that she had lost one of her most treasured books.  I believe my scatterbrain girl has learnt a good lesson!