Sherilyn told me that she needed to buy a few fishes for her school’s aquaponics project in RBT (Reka Bentuk Dan Teknologi). My budget was no more than RM20 but I ended up spending about RM50. It was more than just fishes that I bought but also fish food and hydroponics. And that’s only for the first two rounds.  There’s round 3 to it and most likely many more rounds to come in future!

When 4 out of the 5 fishes died, I was tricked into buying another batch of fishes.  This time, I bought a tiny rectangular aquarium, anti-chlorine drops and more hydroponics.

A week later, one of the female guppy fishes was spotted having a very swollen belly.  Sherilyn was super certain that her fish was pregnant.  The next morning, Cass noticed some tiny greyish objects floating in the aquarium. We thought that they were fish poop but upon scrutinizing the poop, Cass realized that they were baby fishes!!  She excitedly inform Sherilyn who was still in bed, that there were 14 baby fishes! Several hours later, mummy fish popped out another 2 babies.

The baby fishes had to be separated from the mother fish and other bigger fishes.  And so Sherilyn and Cass spent the entire Sunday tending to the fishes.  And I was again tricked into going to the fish supplies shop to buy a bigger aquarium, baby fish food and what do I know, MORE FISHES for the big aquarium!

None of us has any experience caring for fish and Sherilyn had to rely on her RBT text book and Dr Google for all the instructions on how to handle fishes, especially baby fishes.

For once Sherilyn and Cass didn’t bicker and fight the entire day and it was their babies that brought them closer together. 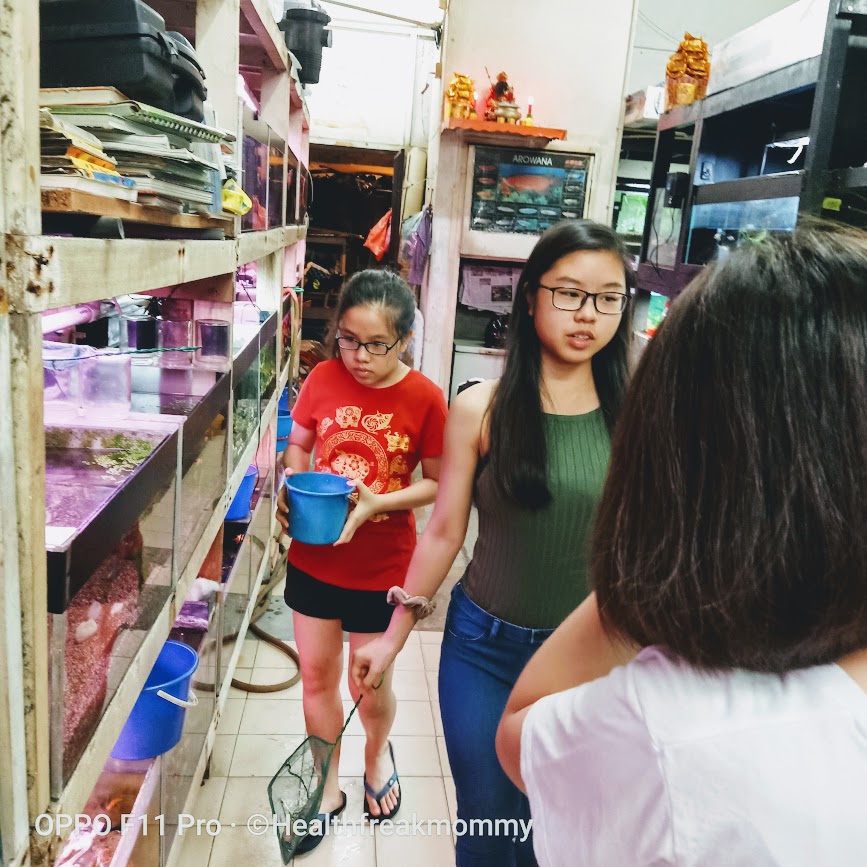 The girls choosing their pet fish. Even Alycia who is not an animal lover started to develop an interest in fish at the fish supplies shop and chose her own fish 😆 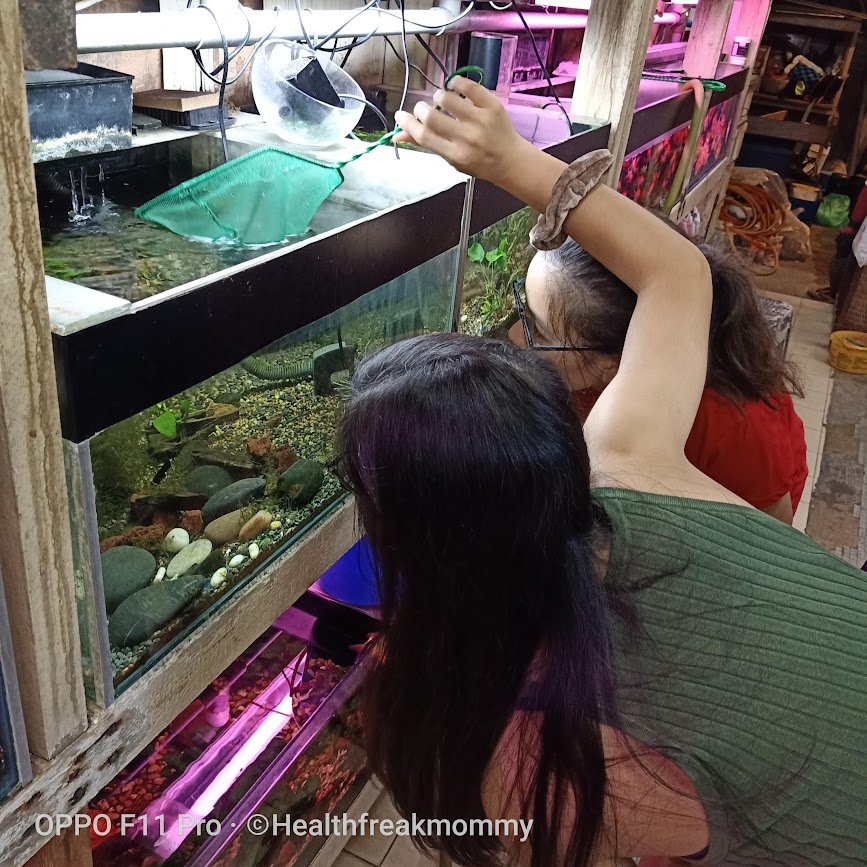 Mother fish with her babies before the babies were separated and placed in another aquarium. 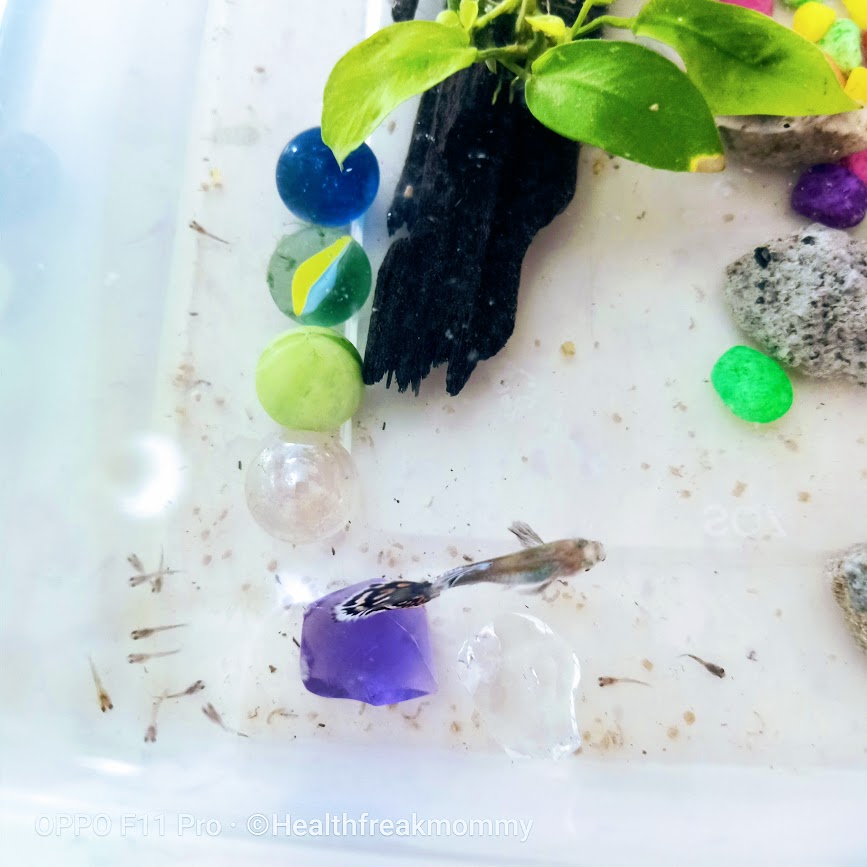 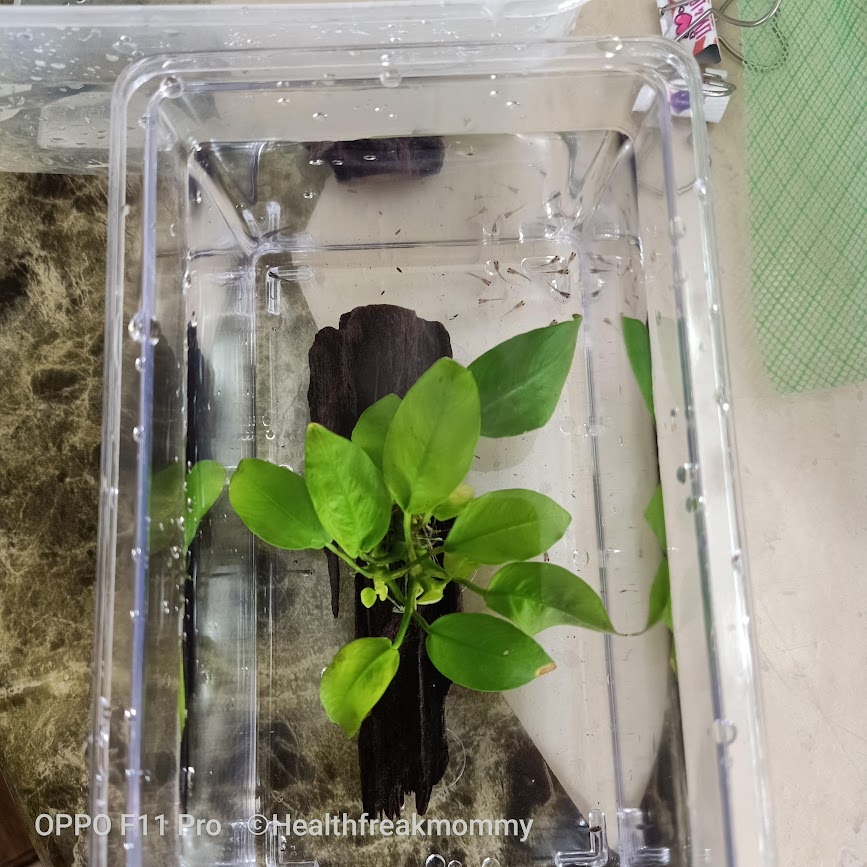 We now have 9 adult fishes and I lost count of the number of baby fishes as some did not survive their first day of life. 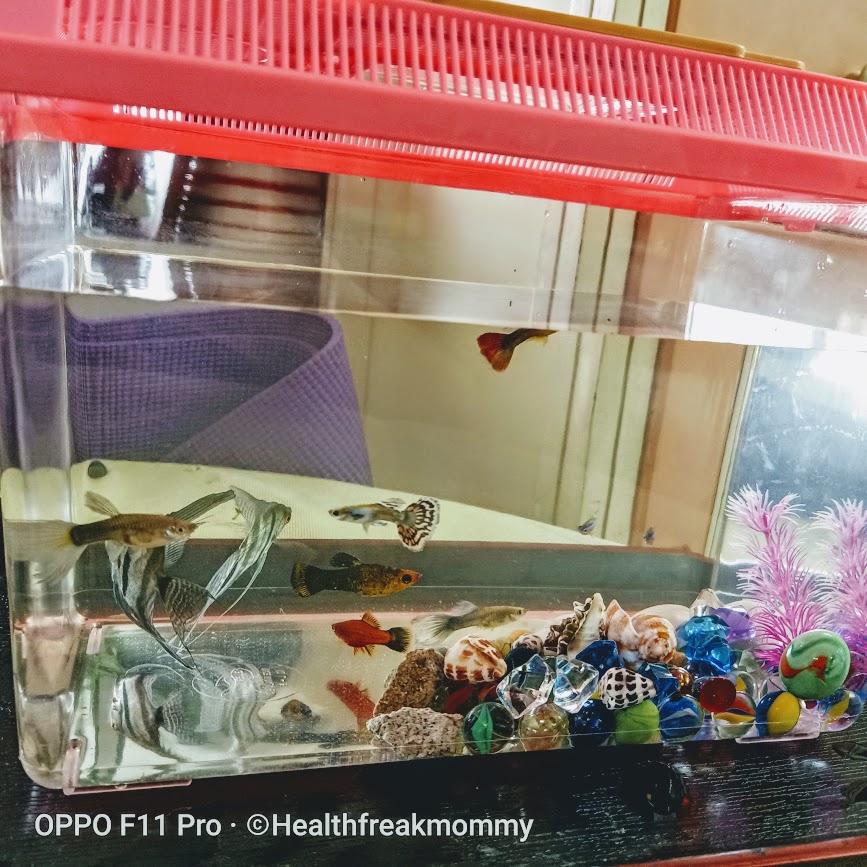 And we finally solved the mystery of the fish that went missing from the aquarium for several days. Apparently, the fish had committed suicide by jumping out of the aquarium twice. Hubs came home late one night and saw the fish jumped out, he put it back into the aquarium and the next morning when he left for work, he saw the same fish on the table and he threw it away WITHOUT informing anyone of us. And there we were searching at every  nook and corner of the house for Nemo!!

From what was just meant to be a simple RBT project in school that probably won’t cost more than RM20, the girls turned it into a long-term commitment and got themselves a bunch of fishes as pet. And I’m RM150 poorer!

As the days get longer and warmer, our sleeves usually get shorter or better yet, sleeveless.  Reach for organza, chiffon, thin cotton and sheer tanks and crops and you’ll be able to rely on them as the perfect layering device this time of the year.

Here are some of my favorite summer top picks to beat the sizzling summer temperatures.

You’ve most likely seen this  V-Neck Lace Sleeveless Casual Summer Stylish Women’s Tank Top all over your Insta feed already. It’s available at Ladyfas.com and costs no more than $20.

You could get away with this Halter Tie Pleated Round Neck Simple Strap Solid Colored Women’s Tank Top from Ladyfas for work too, worn with a blazer over.  It comes in 10 gorgeous colors.

The leopard print trend never seems to go out of fashion.  If you’re like me, who can never resist the lure of the leopard trend, check out this Leopard Halter Slim Casual Pleated Turtleneck Sexy Stylish Club Women’s Tank Top from Ladyfas.

The V neck with zipper is trending across designer to high-street brands. Flattering on pretty much every chest size, I think you can see why this style is a surefire winner.  This Mid Length Zipper Slash V Neck Loose Plus Size T-Shirt is great for work and casual.

Now that you have some ideas on what tops to wear and where to get them, it’s time to think about swimwear for this summer 😉