Fai used to be the handyman engaged by our condo management. But when the condo committee changed management company, Fai was replaced by staff brought in by the new management company.  Nonetheless we still call Fai to do repair and renovation works. He’s one of the nicest and most non-calculative man we have known.  He doesn’t give you a bill or request for payment after works are completed. Instead, we have to chase him to collect money from us. Sometimes he does minor repair works for us free of charge when he drops by the condo to do renovation works for other units.

Fai and our family have become friends over the years.  When he was hospitalized for high blood pressure, the mil made him a specially brewed Chinese tea known for bringing down hypertension.  Sometimes we would give him cakes and kuih if he happens to be at our unit.

About two months ago, when the mil called Fai to do some minor repair works at our unit, he Whatsapped a gory photo to her – he was lying on the road with blood oozing out from his leg with firefighters surrounding him. He had fallen from the second floor of a double storey house while doing repair works! We were shocked to see the photo.  Thank God he survived the fall with only a fractured leg and needed several surgeries.

A few weeks after the tragic accident and two surgeries later, Fai is now recuperating. He has to move around on a bespoke wheelchair now.  Recently he came on his wheelchair to our unit to repair our kitchen drawer. I am truly amazed by Fai’s grit and positive attitude.  He only billed us RM30 for the job but I gave him RM50 instead, to cover the cost of Grab.  And the mil gave him a bag of Biscotti that she’d just baked.

Fai is currently unable to do restoration and repair works that require him to climb and move around vigorously but I hope that very soon he’ll be fit as a fiddle to resume working at full-swing once again.  He’s got a whole family to feed. 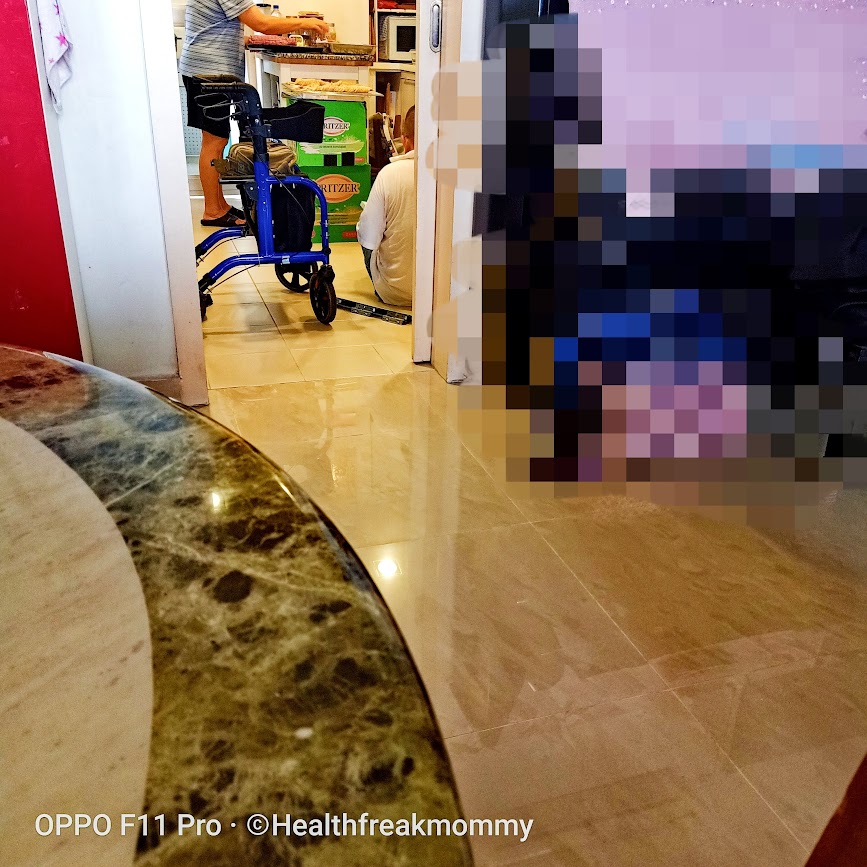