Alycia has been down with a stomach flu and absent from school for 3 days. Besides napping and doing a wee bit of revision, her eyes have been glued to her phone, watching K-dramas and K-pop videos.  She’s supposed to eat clear porridge but this girl would 😭 at the sight of porridge.  She wanted to eat Chinese dumplings (jiaozi) from this restaurant run by Chinese nationals in our neighborhood but I said NO as jiaozi fillings are made from ground pig fats, which will exacerbate her nausea and diarrhea!  She opted for fish balls and noodles as alternative and I said OK, I’ll get the homemade fish paste but she has to roll the fish paste into balls herself. She agreed.

And just like a ‘silai’ aka Chinese housewife, she sat at the dining table rolling fish balls with her hands and eyes fixated on her phone watching k-pop videos 🙄 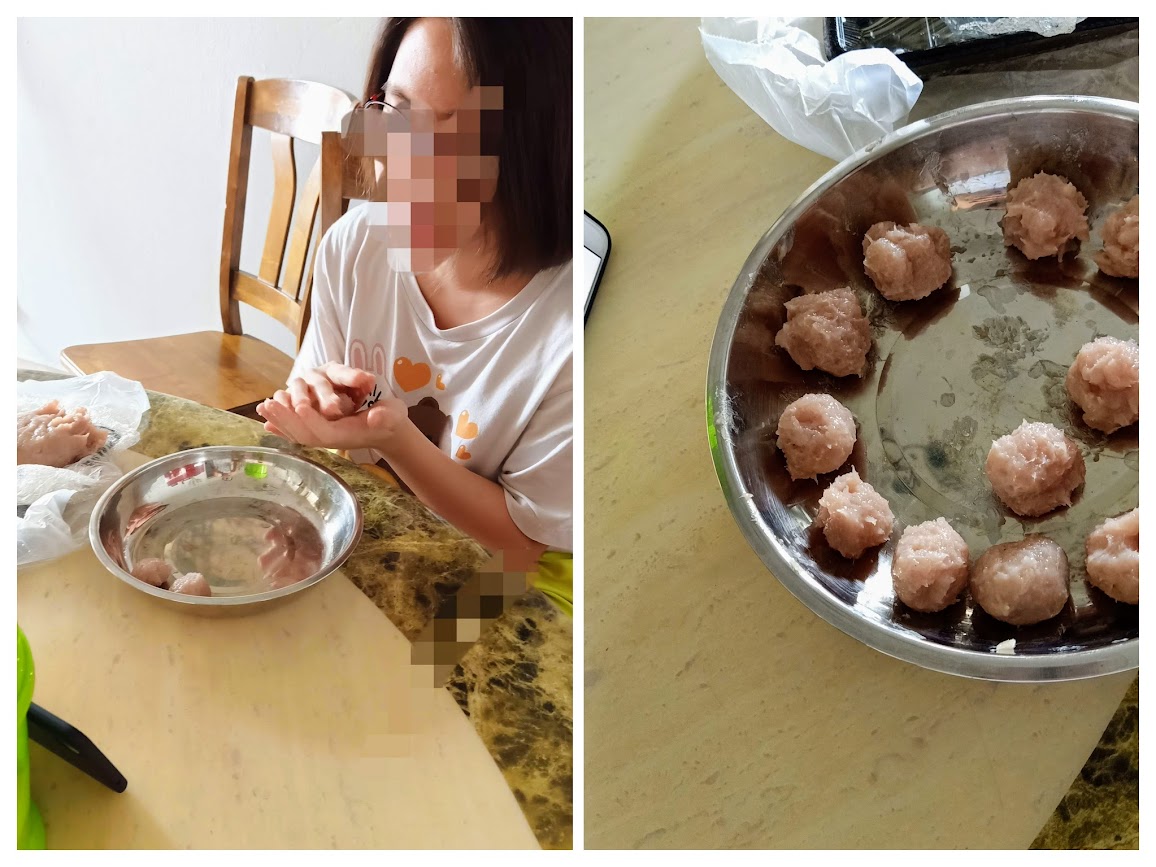 She was incensed when she realized that she was being photographed. We had a deal and I promised her that I would blur her face in my blog 😬

The fish paste is made with 100% fish meat with no salt, sugar and additive. 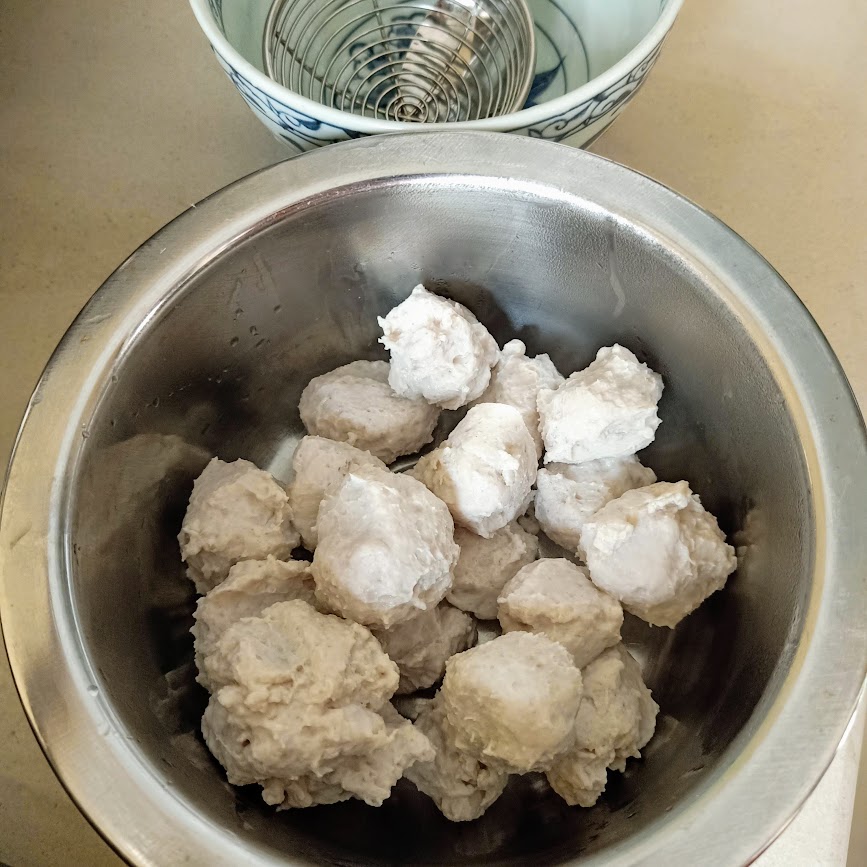 I blanched some udon that the mil bought from Japan and seasoned it with only  a dash of sesame seed oil, organic soy sauce and fried onions.  Though the doctor advised her not to eat anything, this girl said she had fainting spells. I allowed her to eat and she wolfed down this bowl of noodles, fish balls and vegetables 🤫 🤭.  I told Alycia not to eat any of the medicine that the doctor prescribed and just let nature takes its course.  She had very small meals 3 times a day and I gave her peppermint essential oil to alleviate the nauseousness.  I think nursing a child back to health is all about common sense and guts feelings. Of course there’ll be times when medicine and antibiotics have to be used to treat a condition.

She’s back to school today ☺️  and she’s going to spend the long weekend on a homework marathon to complete her backlog of homework for 3 days. 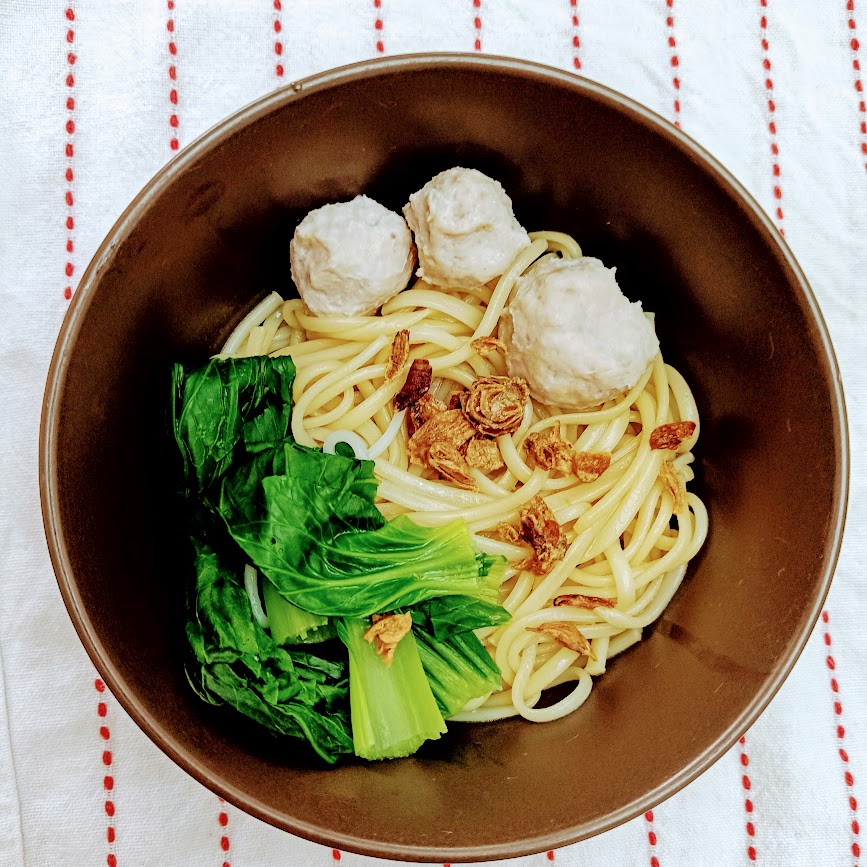