This was what happened last night at a Japanese restaurant when hubs’ sushi platter arrived. He was replying to a customer’s message on his phone and wasn’t free to eat his food yet . The second the sushi platter was placed on the table, the girls’ reflex actions were hilarious. The three of them put their phones and book down instantaneously and gravitated towards the platter in front of them in synchrony, chopsticks ready on their hands, grinning and deciding which one to attack first, oblivious to the fact that it’s their dad’s food. 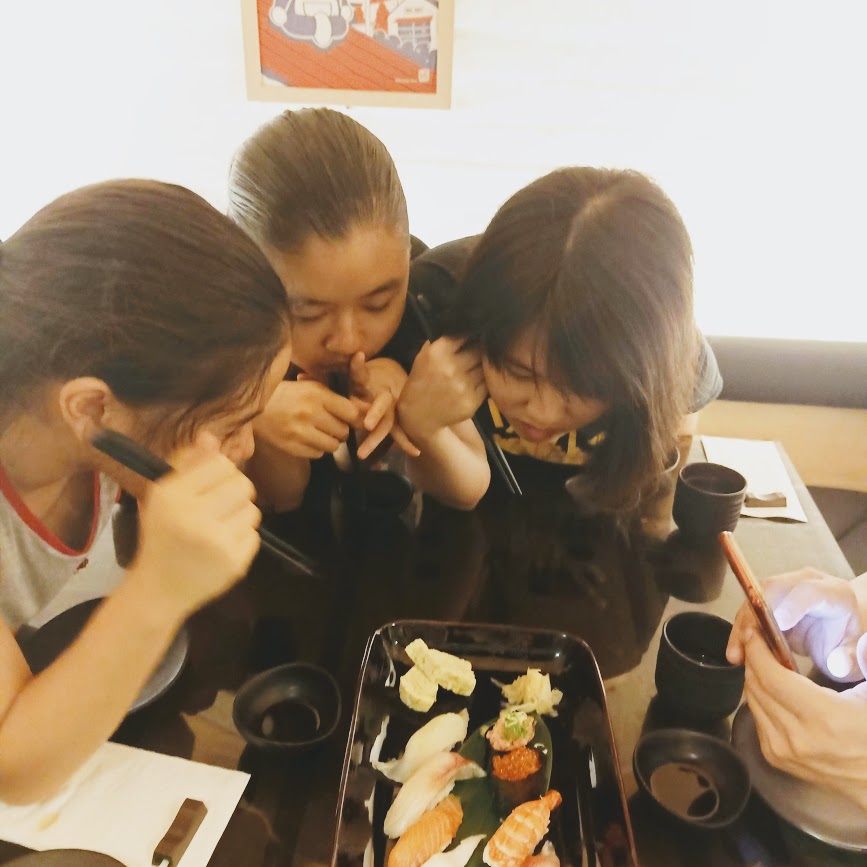 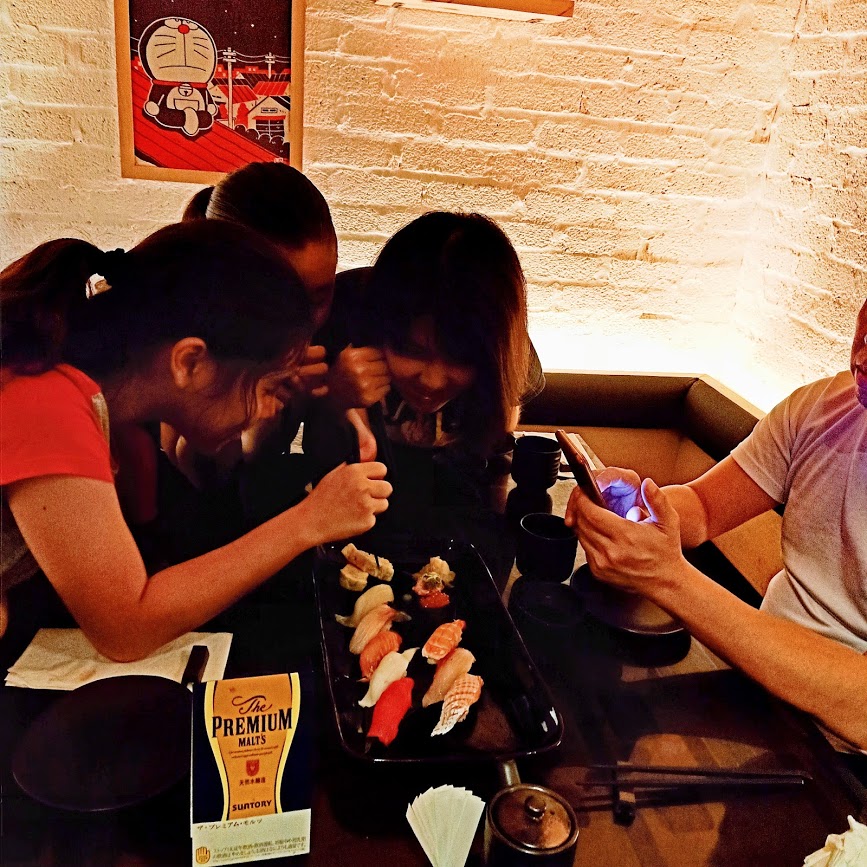 And what’s left for hubs were just 3 miserable pieces of sushi and had I not stopped them, they would have walloped them as well. And their dad wasn’t even annoyed with them! I think he’s even secretly enjoying this moment with his girls before they leave the nest.