Our middle child is the cheekiest and most mischievous of the three girls, from the moment she announced her grand arrival 15+ years ago. She’s the loudest, most aggressive and most melodramatic. She has mellowed down a lot now compared to her younger days.  When Sherilyn is in a cheeky mood, she will tease everyone just to stoke some wicked laughter. She especially likes to disturb her older sis who is quite aloof and a polar opposite from her.

Here, she’s making fun of how her che che looks wearing a cap. Alycia only wears a cap when she plays tennis and she’s just finished tennis lesson. I find it really hilarious as Sherilyn is only laughing herself while Alycia is super pissed with her mocking and about to lash out laser on her 🤣.

This cheeky fella likes to scoff at her sister’s sense of fashion too, like when her sister wears some bright colored oversized Sweden soccer jerseys or some Korean style checker jackets.  I must say that someone sure has a quirky sense of fashion which makes my eye roll sometimes! 🤣 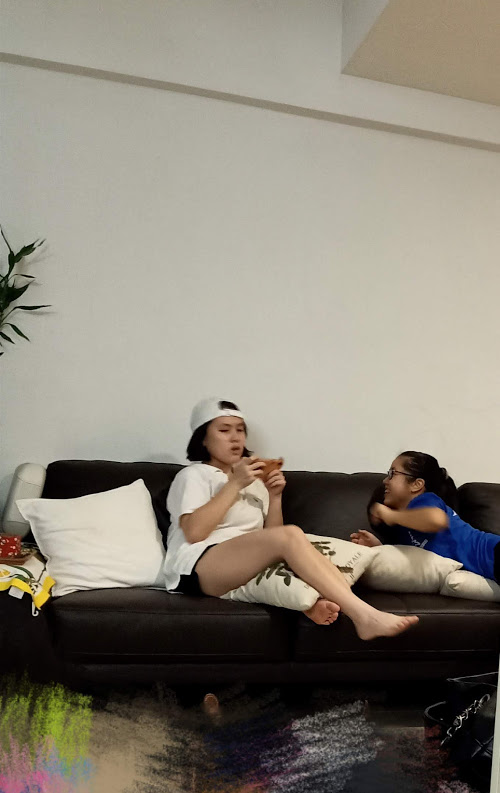 And it takes a lot of skill to snap this photo before the two realized it. After I clicked on the snap button on my phone, the wicked one realized it and need I say more? 😆

Have a great weekend peeps!