For the first time in her life, Cass spent 3 nights alone at the hospital. Much as I would like to stay with her, I have trouble falling asleep on anywhere that’s not a bed, made worse with nurses coming in every two hourly to do their routine temperature check. At 12 midnight every night, Cass had to be given antibiotics infusion via IV. Without quality sleep, it’s difficult to avoid falling sick. Thus I had to make a tough decision to leave my baby girl alone at the hospital. But knowing that she’s at a 5-star hospital with almost 5-star service, I was at peace and assured that she was in good hands.

And being the tough cookie that she’s always been, Cass had no complaint being left along in the hospital. She’s always wanted freedom and not being fussed and babied at just because she has an issue with her health. Finally she had her taste of freedom. And she ended up missing me! Whenever it was time for me to leave the hospital, she would asked if I could stay just a little longer 😂

Cass’ first lunch. Menu would be hand delivered to us every evening for next day’s meals. 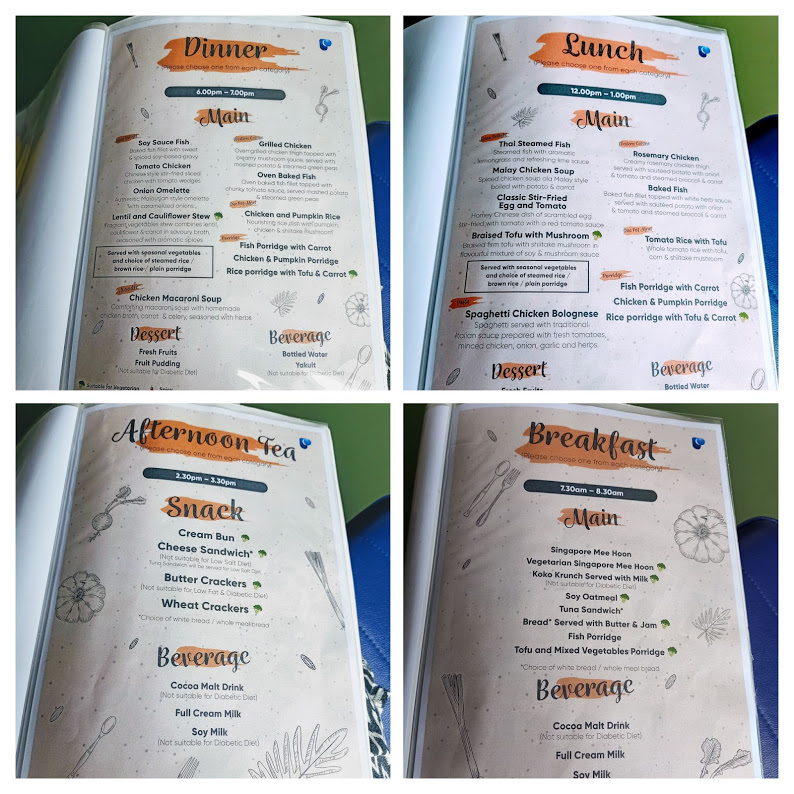 The omelette wrap looks simple but it’s pretty tasty, though not salty or oily, befitting a meal for kids in the pediatric ward. 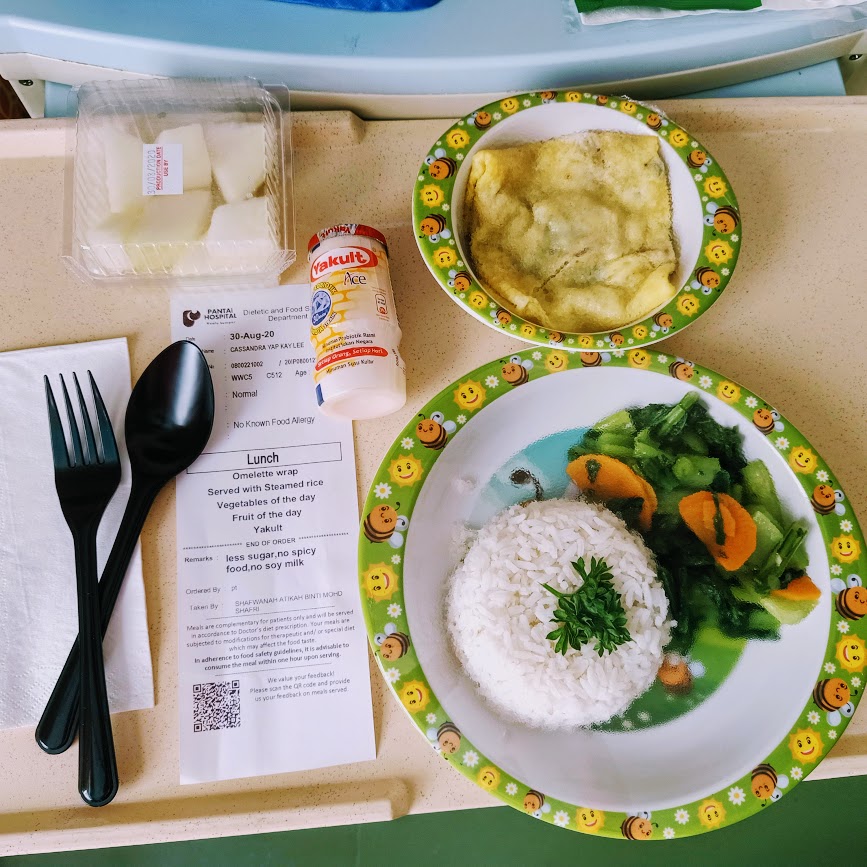 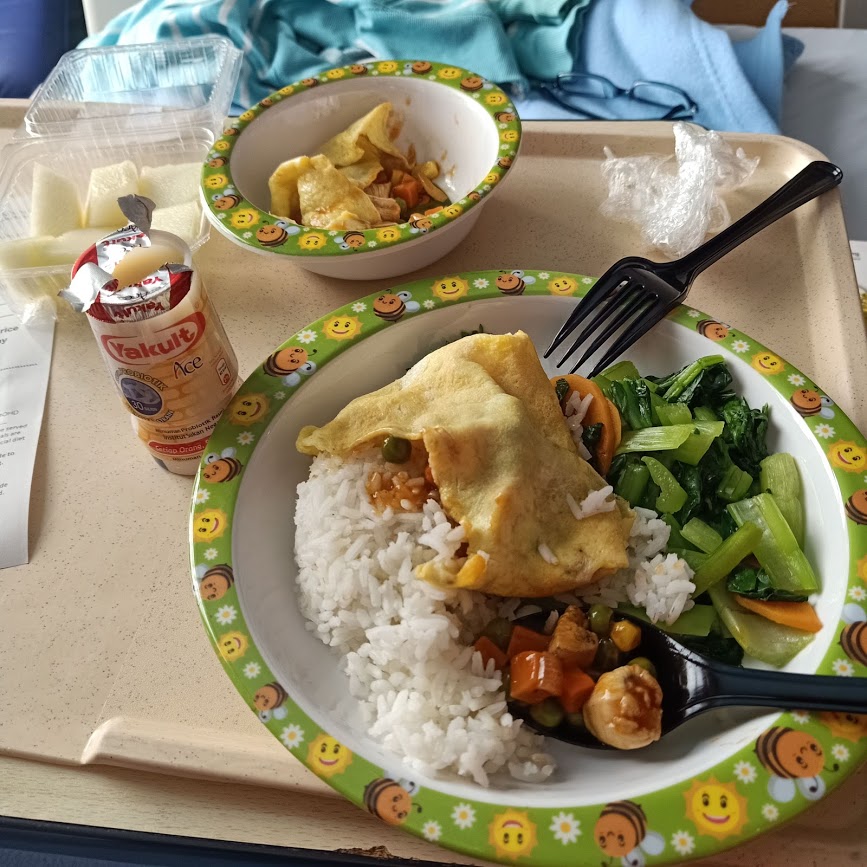 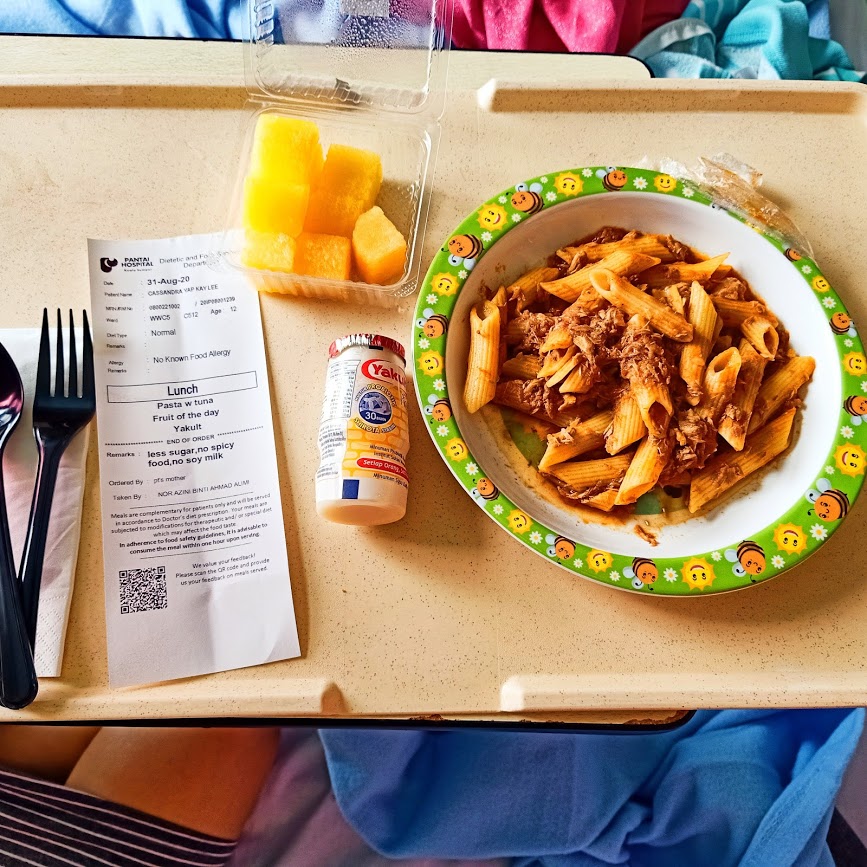 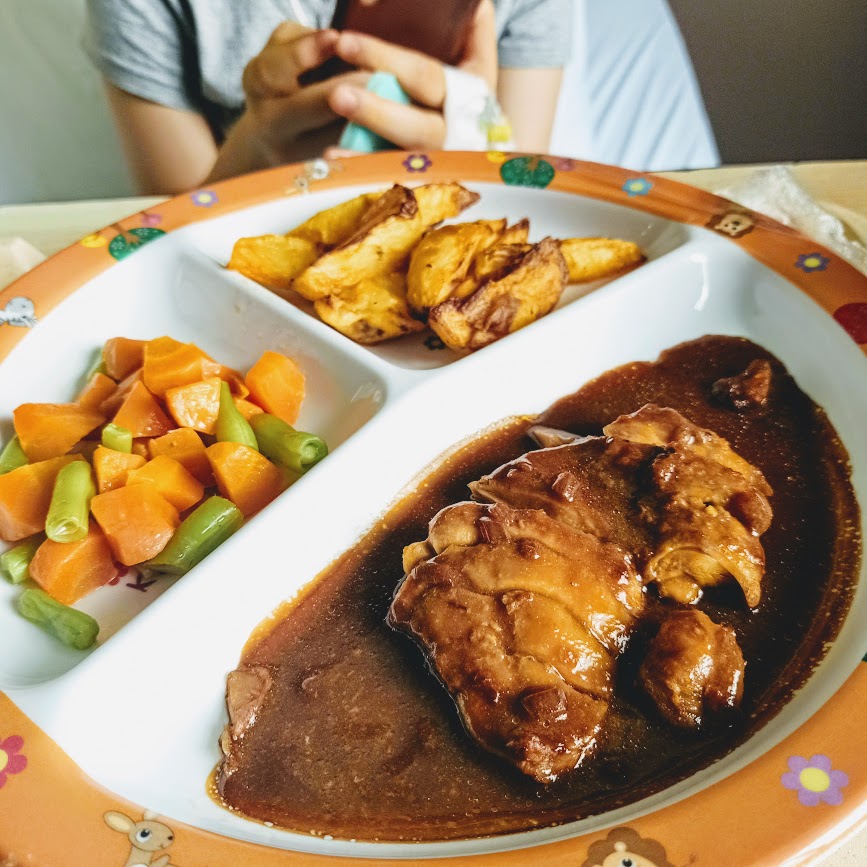 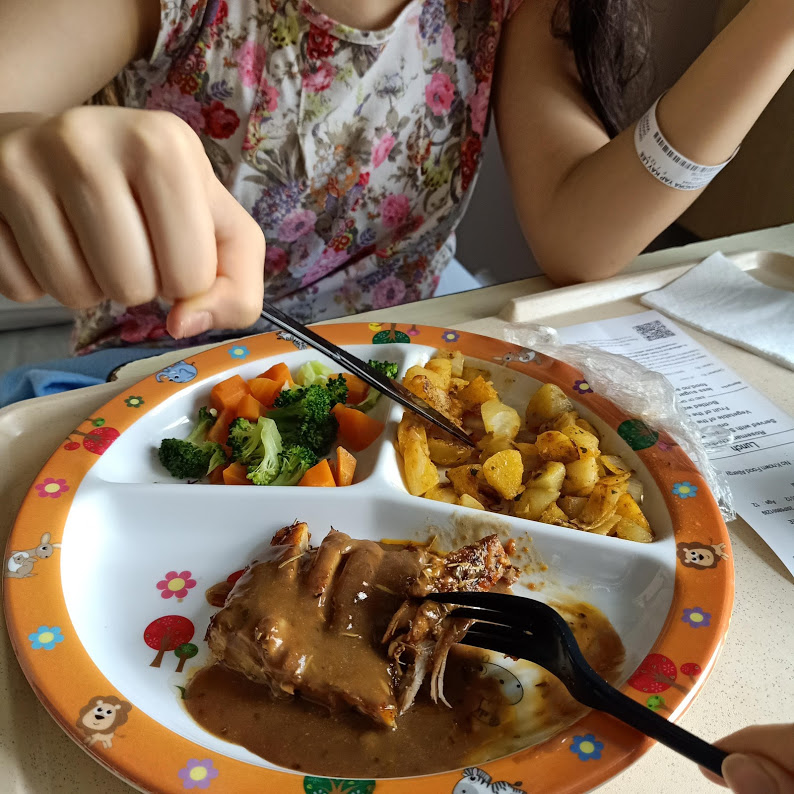 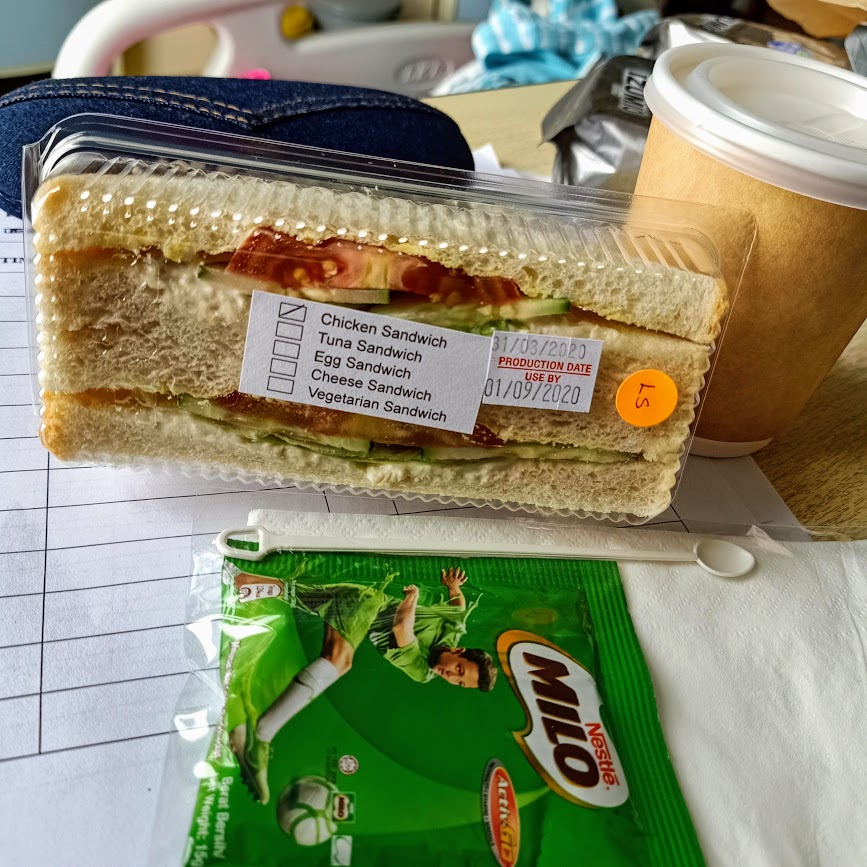 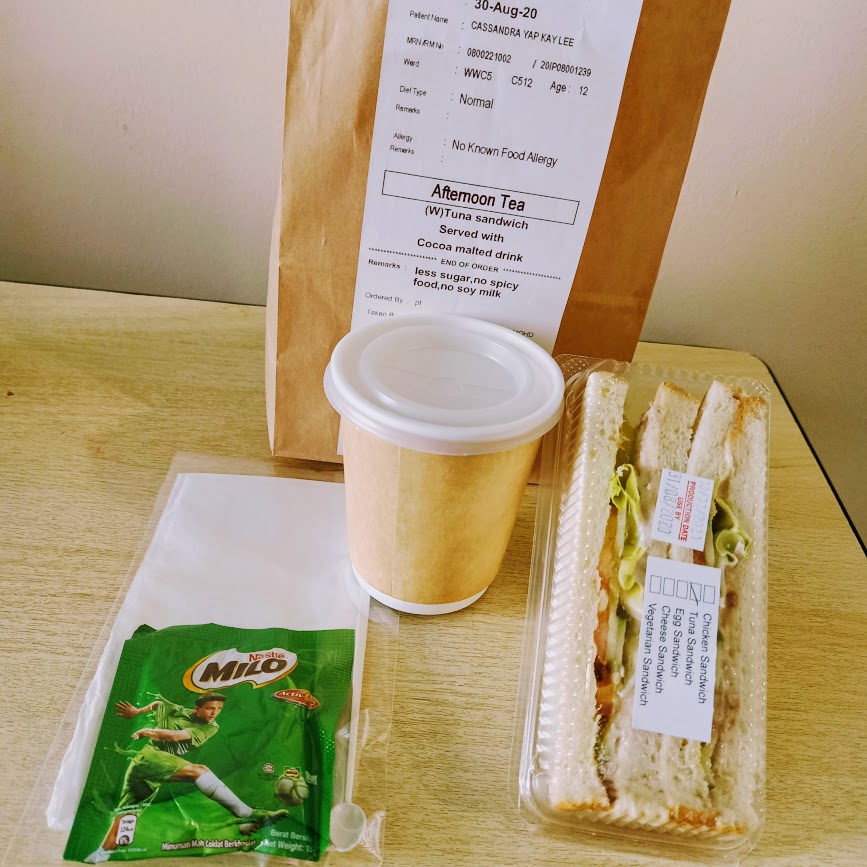 Breakfast, lunch, tea and dinner in bed – something that her OCD mum would never ever allow at home 😁 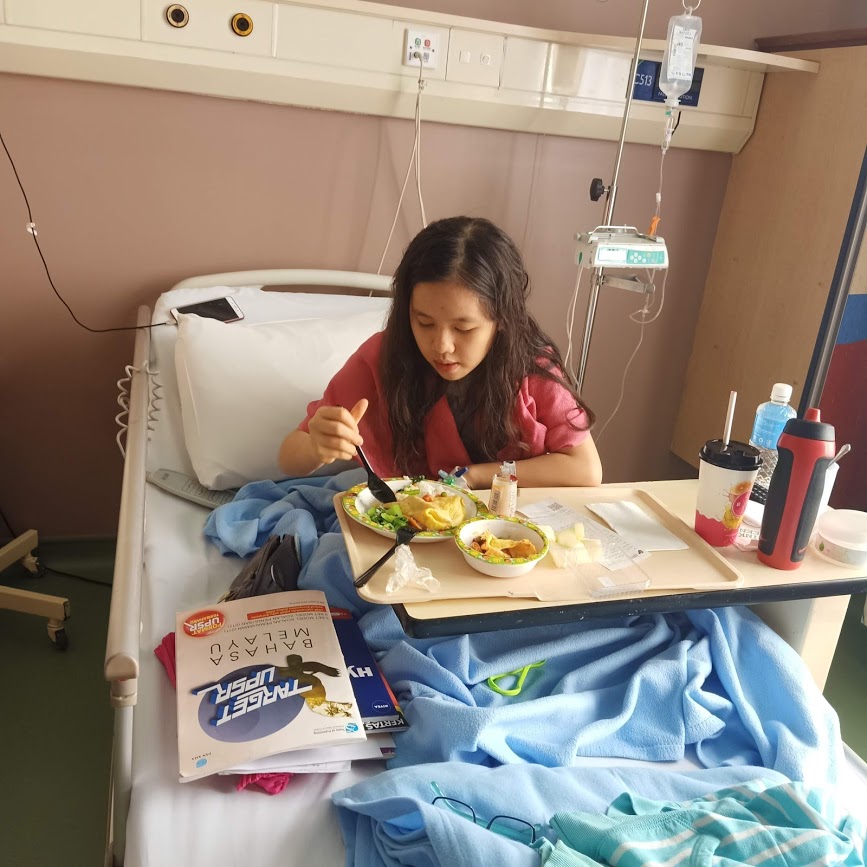 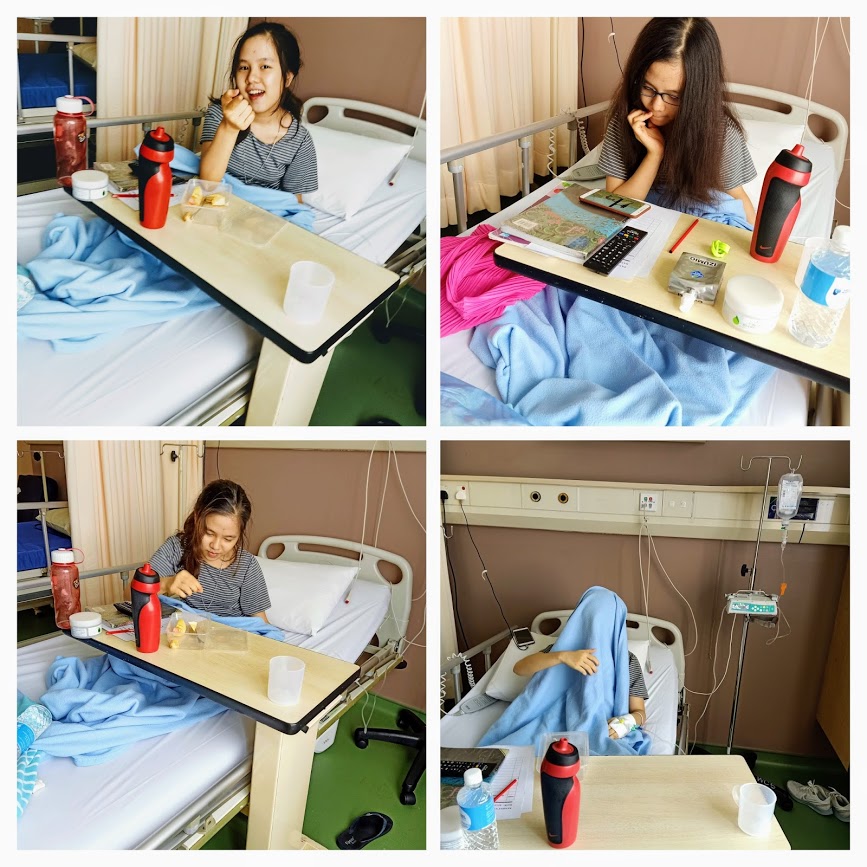 My afternoon snacks – my favorite Emping Belinjau chips and  raw sour mango bought from the sundry store and MBG at the hospital: 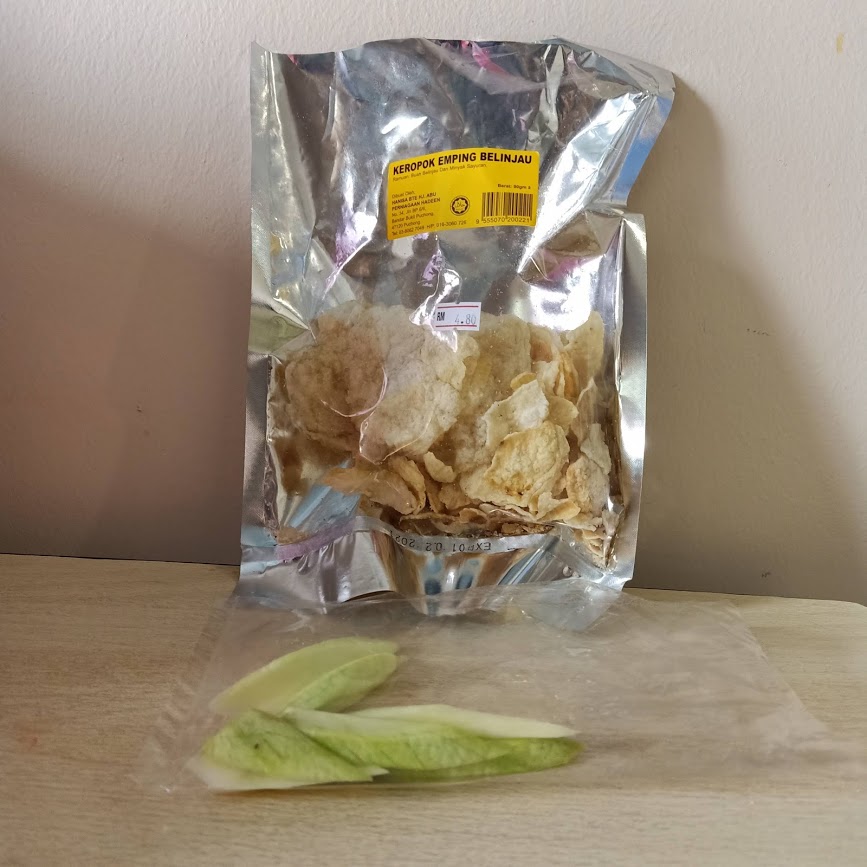 On the day of her discharge, when we were about to leave the room, Cass told me that she’s going to miss her hospital stay. She missed being pampered, having all her meals in bed and not having to do homework.  She kept turning back to look at the room and said that she’s going to be back.  Knock on wood!!