Since last night, my right eye had been twitching. Whenever my trusted right eye twitches, I am extra cautious in whatever that I do. I also warned my girls about it.  The premonition cue that I get from my eye twitches is 99% accurate.  I had blogged about this before several times. I don’t really like the premonition cue as it gives me the creeps and yet it prepares me and makes me more cautious.  Most of the time when my right eye twitches, someone in the family falls sick, gets hurt or some misfortune happens.

My Tuesday started off pretty well in the morning. I dropped off Drama Queen in school at 6:50 a.m.  Drama Queen is putting her drama prowess into real life action once again. She and her team members are representing their school in a State-level English drama competition at St John’s International school today.

Below: Drama Queen with her two of her team members at St John’s International school yesterday. They were there to survey the stage. 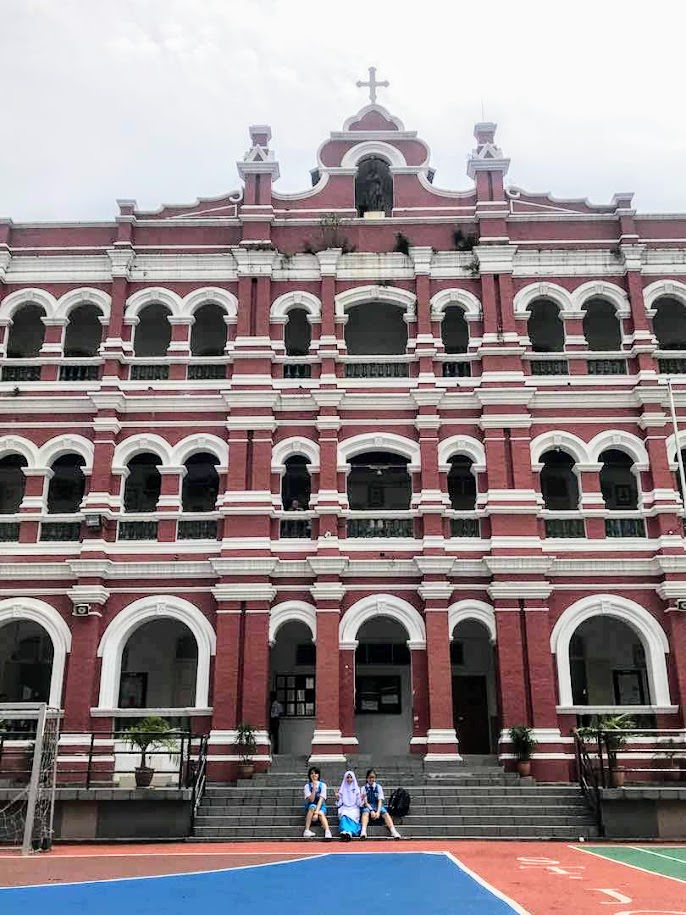 Below: the Drama team today: 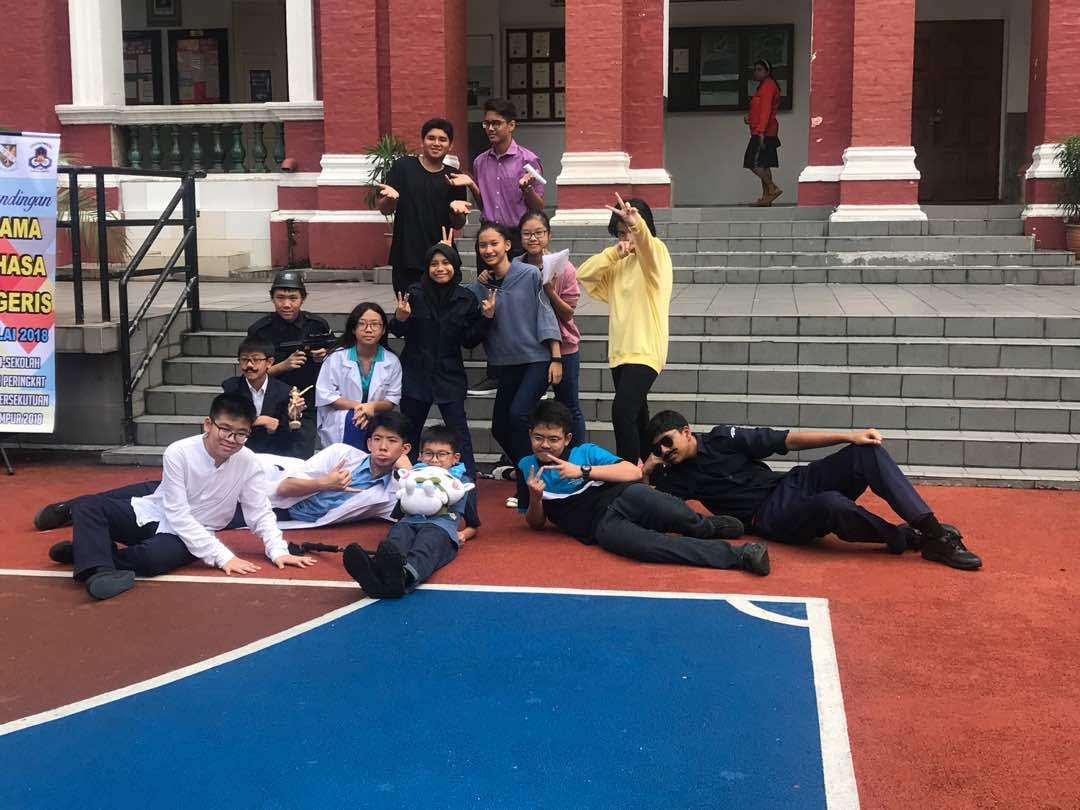 Announcement of the winners will only be made tomorrow and part of the team has to be at SJIS again tomorrow for the prize and certificate giving ceremony. I am sure Drama Queen and her team members are super anxious now as they await the  announcement of the results. Drama Queen has worked very hard in the preparation of this competition.  She is the editor of the script and is in charged of  searching for the sound effects and music for the drama.

Today is one of the those dreaded days when the black star hovered above me waiting to cast a jinx on me.  A short 3-minute dash into the bakery to get 3 buns for the girls’ recess cost me a bomb.

As it was only going to be a few-minute affair, I didn’t pay for the parking ticket. When I walked out of the bakery hurriedly, from a distance I saw a group of DBKL officers  surrounding my car.  Dang it, what shit have I gotten myself into?!!  My car was clamped ~ first time in my life. I pleaded for the officer to release my car and reasoned that I only parked there for 2-3 minutes but the officer cited that he had already taken pictures of my car and he absolutely cannot release the clamp and I will have to pay RM100 to release my car. WTF!  I was fuming mad and wanted to swear at the po-faced  officer but I knew all eyes, cameras and phones were probably already directed at us at that moment, unbeknown to me. Someone had most likely already started to take a video of me with his/her phone, waiting to post the video on social media had I acted unruly; so I better behave myself.  Reluctantly,  I paid the fine by dropping two RM50 notes into a plastic bag held up by the officer and his colleagues unlocked the clamp from my car tyre.  All these happened in a short 5 minutes!

My bad, it’s entirely my oversight.

The next time my right eye twitches, I better be 500% vigilant in every single move that I take.

Note to self: Do not take any chances on those eye-twitching days! 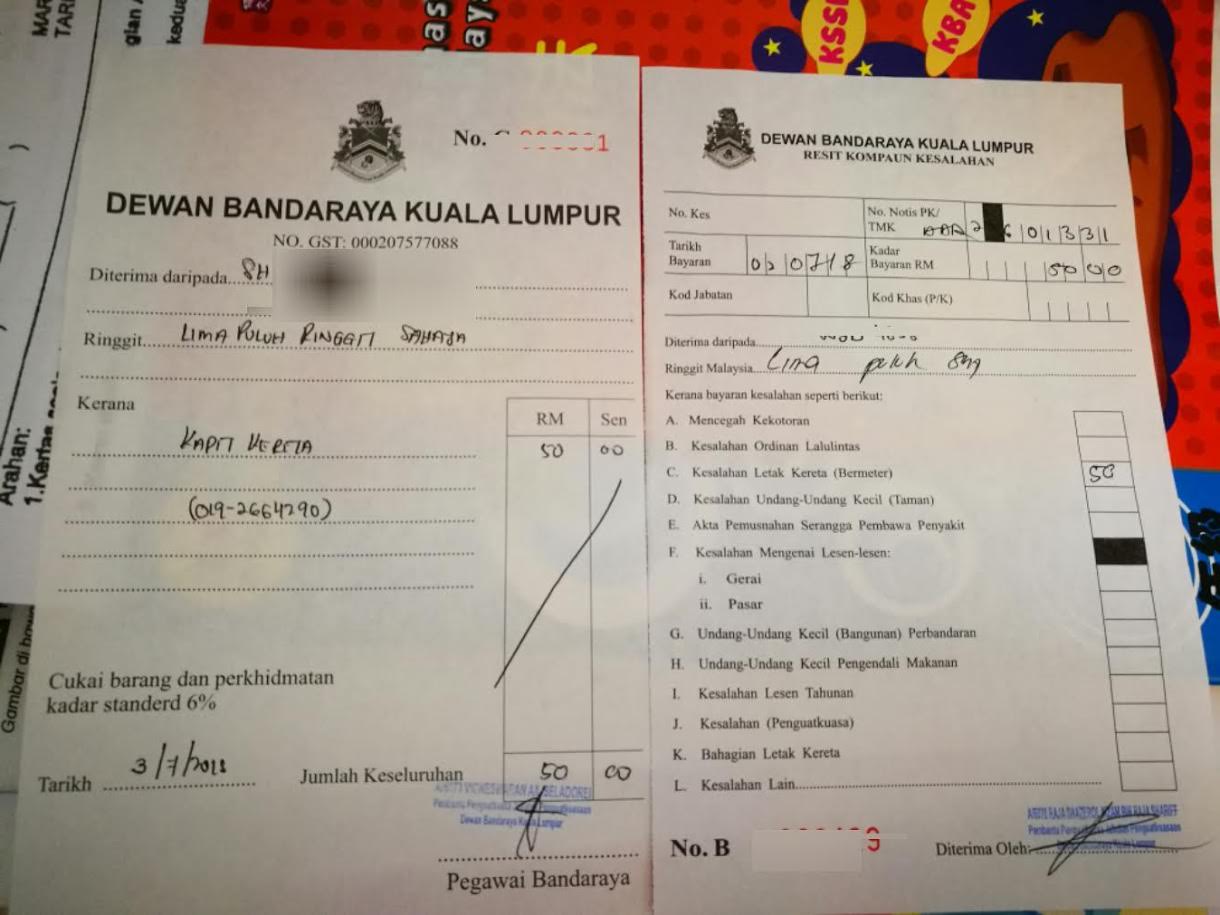 Tomorrow will definitely be a better day for me. I can already smell good luck knocking on my door 🙌