I had a scare of my life today. While I was driving to the supermarket, I received a Whatsapp message from my gynae’s staff.  The message read “Hi, your pap smear results are out. Can I call you?”

Moments later, the staff called me but I was parking my car and didn’t answer the call. I wondered why the staff had to contact me so urgently. *panic mode activated*

After I’d parked my car, I quickly called the number back.  I was told that the results would only be out on Thursday but today is only Monday!  No news is good news and early news is often bad news. Only with bad news would the clinic staff call you quickly so that you could start treatment pronto, no? Yes?   In previous years, the clinic staff only Whatsapp-ed me the pap smear report and never called me.

The staff went further to ask me for my IC number and in the past, they never asked me for my IC number!  I thought that they wanted to confirm that I was the right person before conveying the bad news to me.  I thought I was doomed.  Suddenly I felt like puking until  the staff said “your pap smear is normal”.  Yes NORMAL, yes, yay!  Only the cysts in my breasts need monitoring annually.

That’s another hurdle crossed! Thank you God for the normal pap smear result.

Next is my blood test results, which I’ve just received a text message from AA Pharmacy to notify me to collect the report tomorrow. The blood work is for lipid profile, total blood count, blood sugar, kidney and liver function, bone studies, uric acid, pylori and urine FEME (pee sample taken too).

It’s the dreaded time of the year again and I am feeling antsy waiting for my health report card as I’m not sure what to expect.  All the “what if”s have been playing in my mind since a couple of weeks ago. Yup, I’m that high-strung.

Blood work for blood sugar and cholesterol – ✅
Pap smear ✅
Breasts ultrasound scan ✅
Pelvic ultrasound scan ✅
Total blood count test  ❎– will do it at AA Pharmacy this Saturday
Colonoscopy 🔜 — to be done in 3 years and am already starting to prep myself mentally for it. 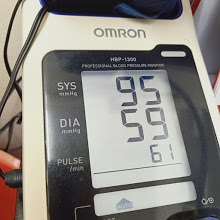 Blood pressure is normal, albeit a little low but still A-OK. If only the same can be said for my cholesterol level. It’s still a tad high at 6.3 and that’s after so much refrainment from eating red meat and processed foods. I envy people who shove junk and tons of meat into their mouths yet their cholesterol readings are below 5! Life is just too unfair 🤦‍♀️

For those who are new to my blog, I have Familial Hypercholesterolemia (FH).  People with FH are essentially born with high LDL cholesterol. Everyone’s cholesterol levels tend to rise with age. But those with FH have LDL levels that start high and go even higher over time. Diet and exercise alone cannot bring down the level much 😫.

The only time my cholesterol level was below 5 was when my red meat consumption was almost zilch. But the downside was my red blood cells numbers were so low that I was almost a goner with severe anemia. But thank God I manage to evade a blood transfusion before my Myomectomy surgery (for removal of uterine fibroid) 3 years ago after binging on red meat and popped Sangobion (iron tabs) twice a day for several months to increase my red blood cells.

The National Cancer Institute recommends Pap tests every one to two years. If women over the age of 30 have had normal tests for three consecutive years, they can talk to their doctors about spacing out the exam to every three years.  My gynae is of the opinion that I should have a pap smear done annually and I can’t agree more with her. In the event any malignancy is detected, it would likely be in the very early stage and there’s a higher chance of being treated and cured.

The annual appointment with your doctor itself is still a very important preventative health measure. The physical exam combined with the detailed health history obtained at the annual visit allows the doctor to more accurately determine a woman’s risk for certain diseases. This could lead the doctor to recommend that she begin earlier or more frequent screening.

Pap smears typically continue throughout a woman’s life, until she reaches the age of 65, unless she has had a hysterectomy. If so, she no longer needs Pap smears unless it is done to test for cervical or endometrial cancer. At that point, if a patient has had two normal Pap smears in the past 10 years and she has not had any seriously precancerous cells in the past 20 years, she can stop screening altogether.

I have a customer whose 60 something mom skipped her check up for more than a year and when she finally went to her gynae for a screening, a malignant lump was detected in her breast. Sadly she passed on a year later. This is just so sad.   It could have been detected earlier and treatment administered earlier and a life could have been saved.

I know I’m going to get hung up for the next 9-10 days until the Pap smear report is out. I’ll just have to deal with it as part and parcel of my life.   Ladies, if you’ve not done your Pap smear and ultrasound scan of your breasts and pelvic for years, it’s time to call your doctor’s office to fix an appointment. The package at my gynae’s office only costs RM350.  This could safe your life. Trust me.

I had my cholesterol and sugar blood work done two weeks ago.   Results are not too bad. Sugar reading is perfect at 4.9. Cholesterol reading is not too bad  at 6, despite me  being a carnivore the past one year, eating red meat like a tiger in a desperate attempt to increase my total blood count to evade a blood transfusion before my surgery on 31 May 2017.

I can’t believe that it’s almost going to be one year after the surgery. Where did time go?! At this time last year, I was a worrywart and nervous wreck, worried sick of an impending surgery.

After the laproscopy myomectomy, I continued feasting on red meat, eggs, red dates, red bean and everything red. Now that I am no longer anemic, I have to eat red meat sparingly and become a flexitarian again.

Today was my appointment with Dr Tan, the doctor who performed the surgery on me last year. I opted for the RM350 package which comprises of pap smear and ultrasound scan of the pelvic and breasts.

My blood pressure is normal and no longer low as I am no longer severely anemic. Praise God! 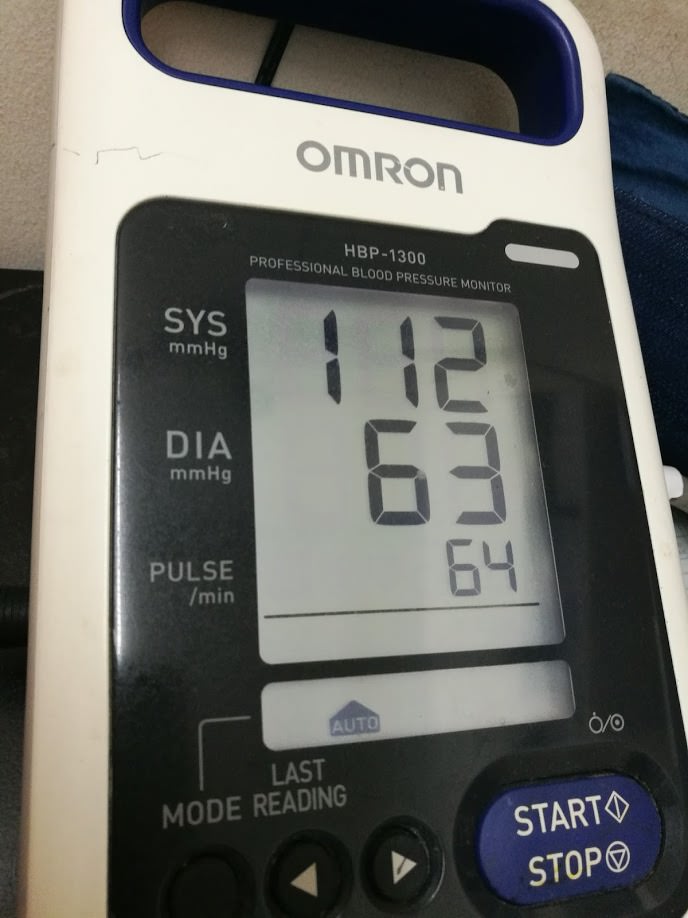 Uterus looks clear too with no growth or anything suspicious.  Fallopian tubes look good as well after an ultra strong dosage of oral antibiotics that I took for 2 weeks in October last year to clear off an infection/blockage on one side of the tube. The antibiotics almost ‘killed’ me. If you’ve been following my blog, you’d have read the pain I had suffered during the period I was on antibiotics.  Praise God again for healthy reproductive organs, though I have no intention of getting preggers again.

Now on the upper front part.  My Aunt Flow is due in two weeks and normally at this time of the cycle, my twins are lumpy and painful.   I had expected the scan to pick up some cysts. True enough, some fluid filled small cysts no bigger than 1cm each were seen. Most of the time, my twins will get back into shape with no more lumps and pain after the Aunt Flow has gone off. I am pretty in tune with my body and  every woman should too. The doctor isn’t worried about the cysts but she told me that the cysts (and uterine fibroid that I once had) are caused by stress.  She said that stress is the ultimate cause of all these female disorders, especially breast cancer.  Looking at all her breast cancer patients, she told me that most of them are very stressed. The type of profession that a woman holds is accountable for causes of cancer too.

Having breast cysts do not increase your risk of breast cancer.  But stress can!

She could not stress enough how important it is to banish stress from our lives.  I told her that I am especially short fused when dealing with my kids and she told me that she was once like that too but after attending a few sessions of stress therapy, she no longer screams at her children and in turn, her tween and teenage children are so much more manageable and self-driven now. Well, this is easier said than done. Perhaps I should consider attending stress therapy (which costs RM600 for 4 sessions), which is actually consulting a psychologist!