Last Saturday, 1 February 2020 was the 8th day of CNY. It was Sherilyn’s Lunar birthday. She was born on the 8th day of CNY 15 years ago. I remember so vividly the thunderous fireworks let out for about half an hour that midnight when I was struggling to breastfeed this fiery infant who suckled my boob so aggressively that a small piece of the tit was bitten off by this toothless infant who wasn’t even a day old. My boobs were terribly sore, painful and bloody but I persevered with nursing this precious baby girl of mine. What a grand presence she’d made into the world with her loud and long first cries (loudest and longest of our 3 babies) in the OT and then later bit off part of mummy’s tits just several hours later  😂  Her character was already so prominently displayed the moment she announced her arrival into this world. My dare devil and drama queen!

On Chor 8, we had dinner with our old buddies at Oversea Restaurant @ Jalan Imbi. Dinner time allocated to us was at 8:30 p.m. and by the time we finished dinner, it was already close to 11 p.m. We were the last group of patrons to leave the restaurant. 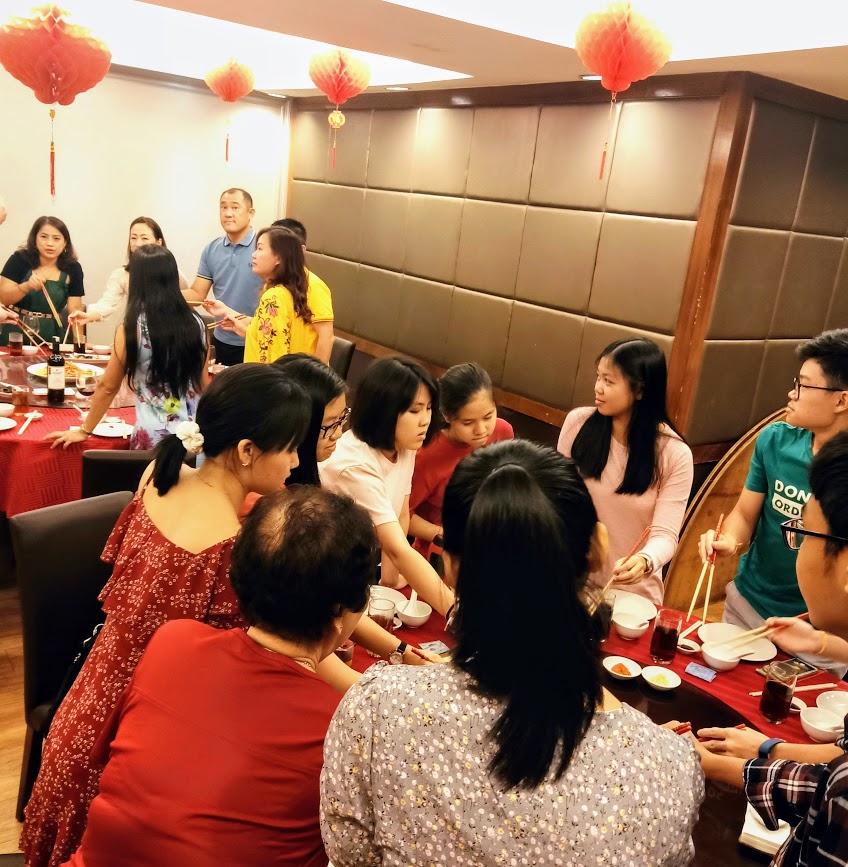 The damage came up to over RM2k for 2 tables. The kids could wallop as much as us adults! 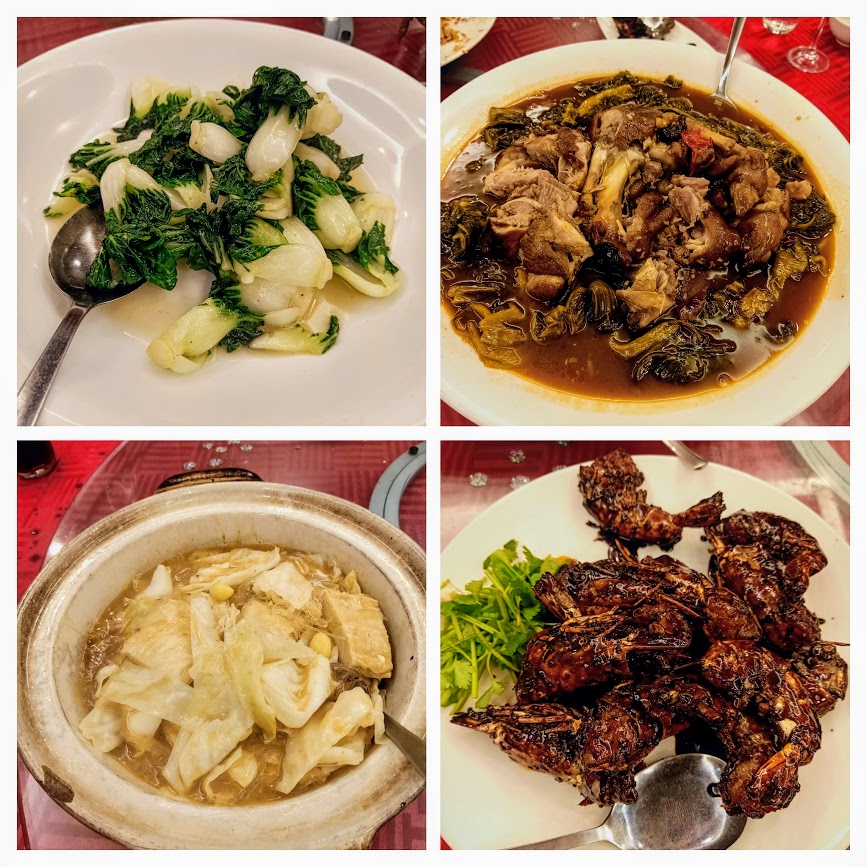 A big bulk of the bill came from the tiger prawns and Soon Hock fish. 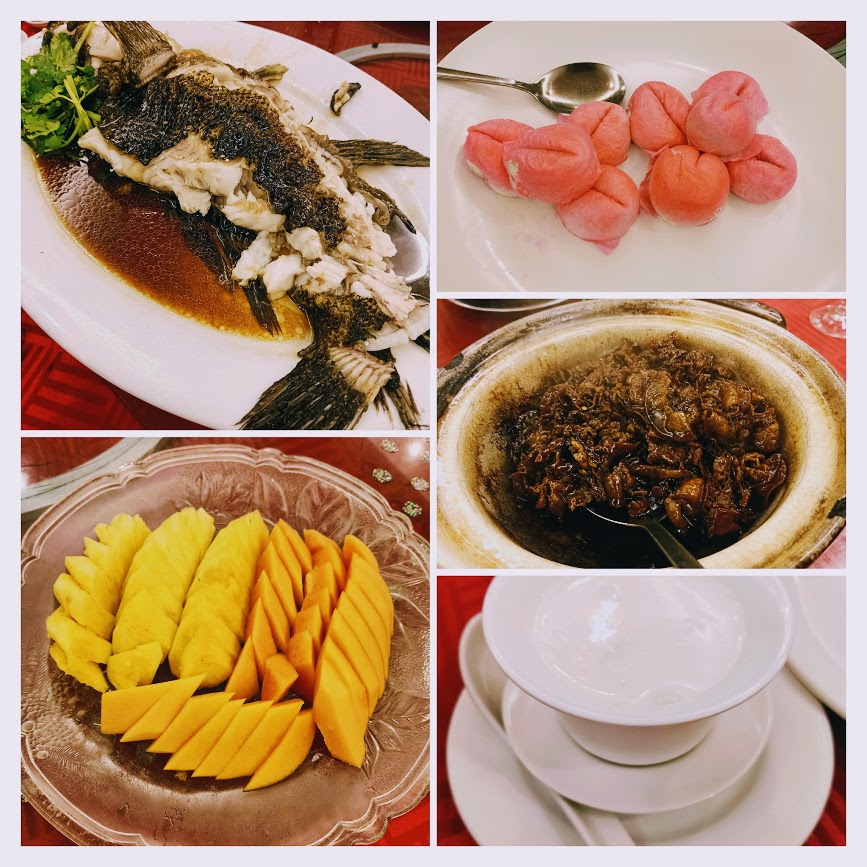 My favorite dessert from this restaurant is their signature double boiled almond paste with egg white. It’s so addictive it’s illegal! Every mouthful is chokfull of silky smooth and creamy aromatic Chinese almonds, thickened with egg white. Though it was already 10 p.m. and way past my last eating time, I just couldn’t resist chomping down a bowl of this ‘hung ngan tun tarn tong sui’, all my myself. 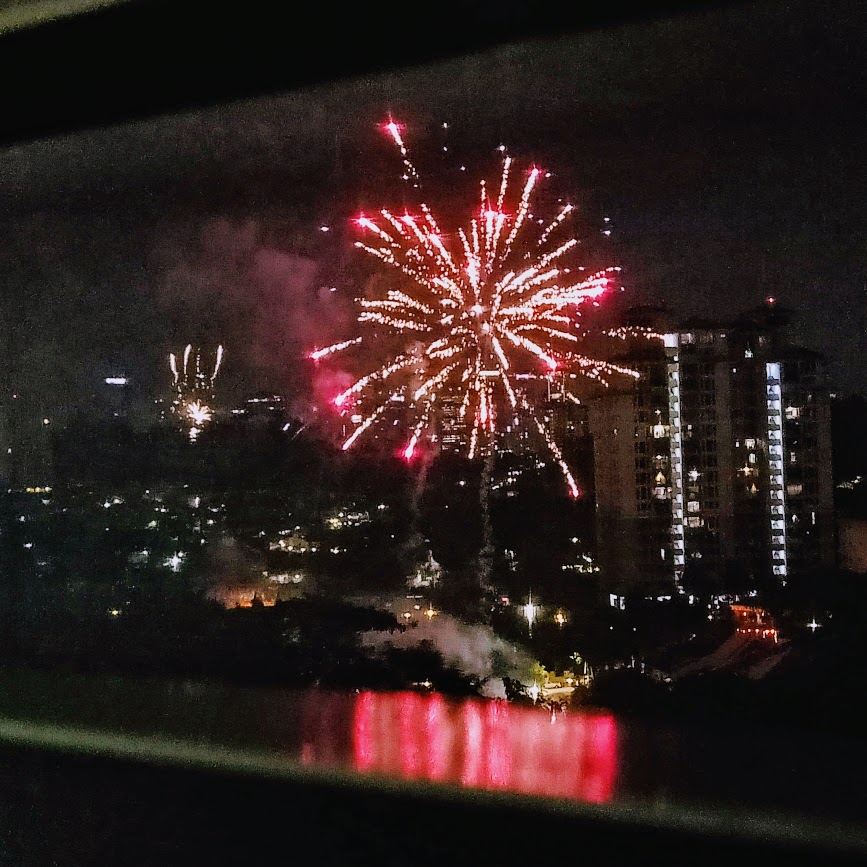 Fireworks seen from our unit on the midnight of Chor 8 / Pai Ti Kong night. 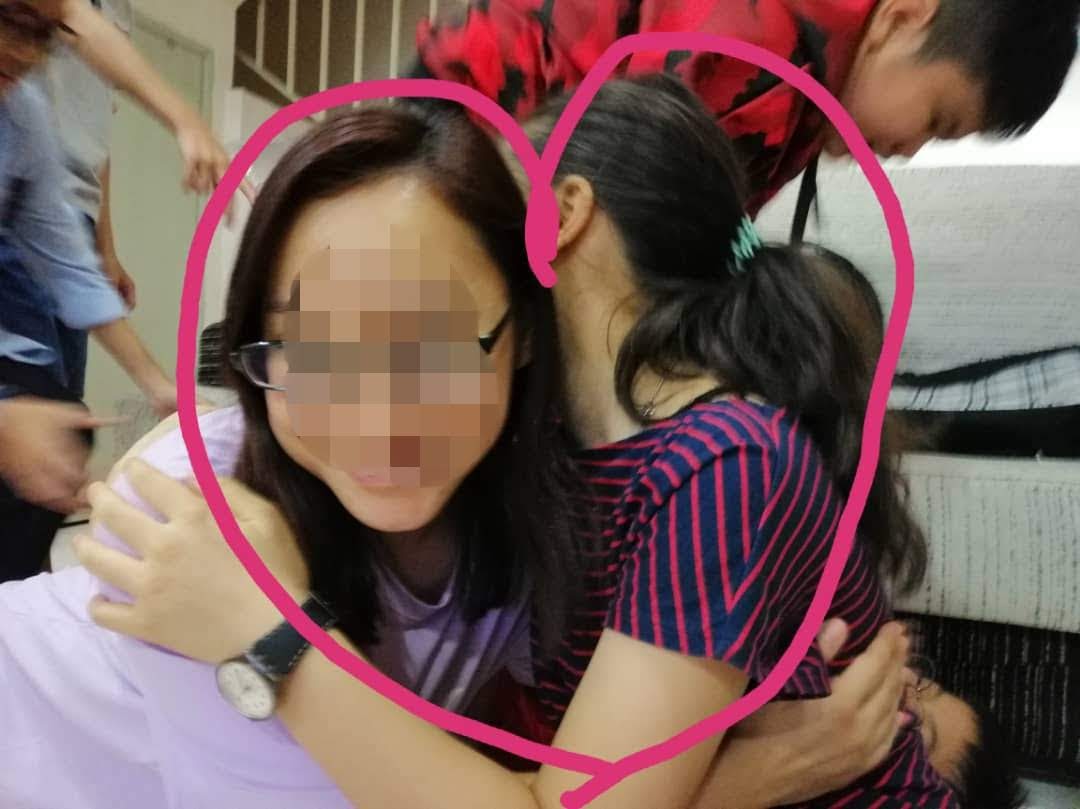 Cass gets a hug from her favorite teacher, Ms L. 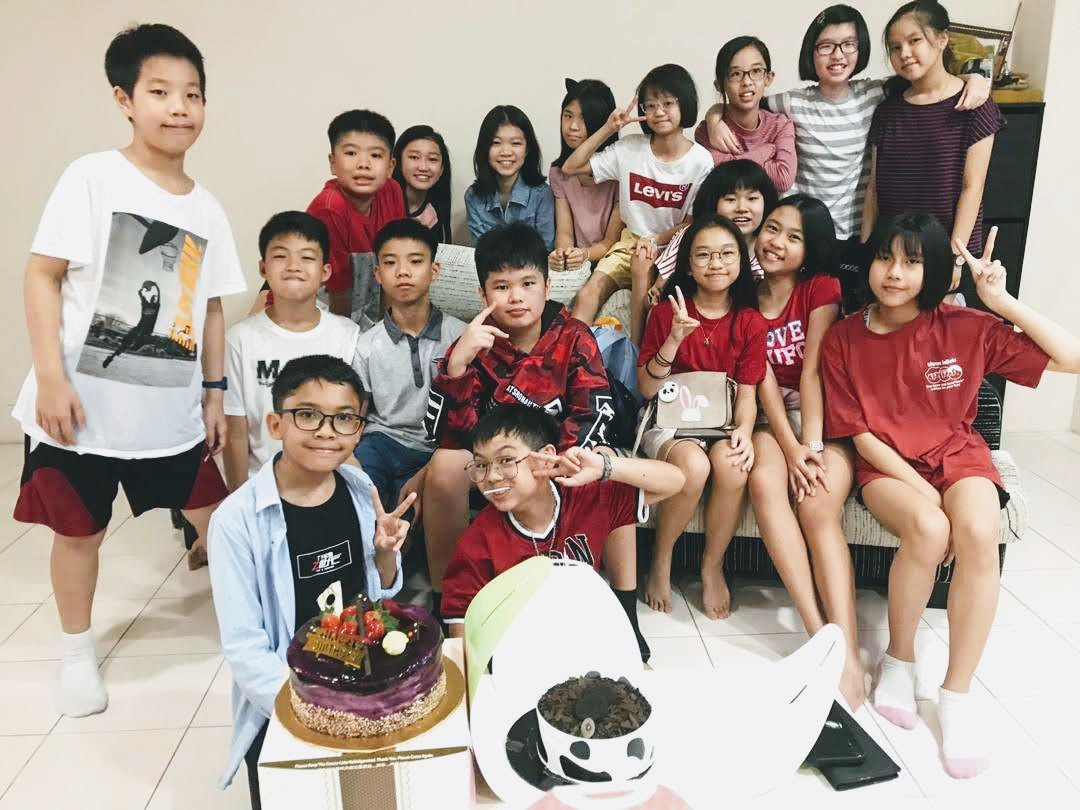 Cass and her classmates at Ms L’s CNY open house.

The boy in blue jacket in glasses is a Malay boy and is one of the top scorers in the entire standard (Chinese school). I am always very amazed by him.

After dropping off Cass at Ms L’s house, we went to one of the famous Ampang Yong Tau Foo stalls to have lunch.  In all honesty, I think the Yong Tau Foo at that stall is nothing to shout about.  There are stalls in my neighborhood that sells  similar Yong Tau Foo and stuff that taste just as good. 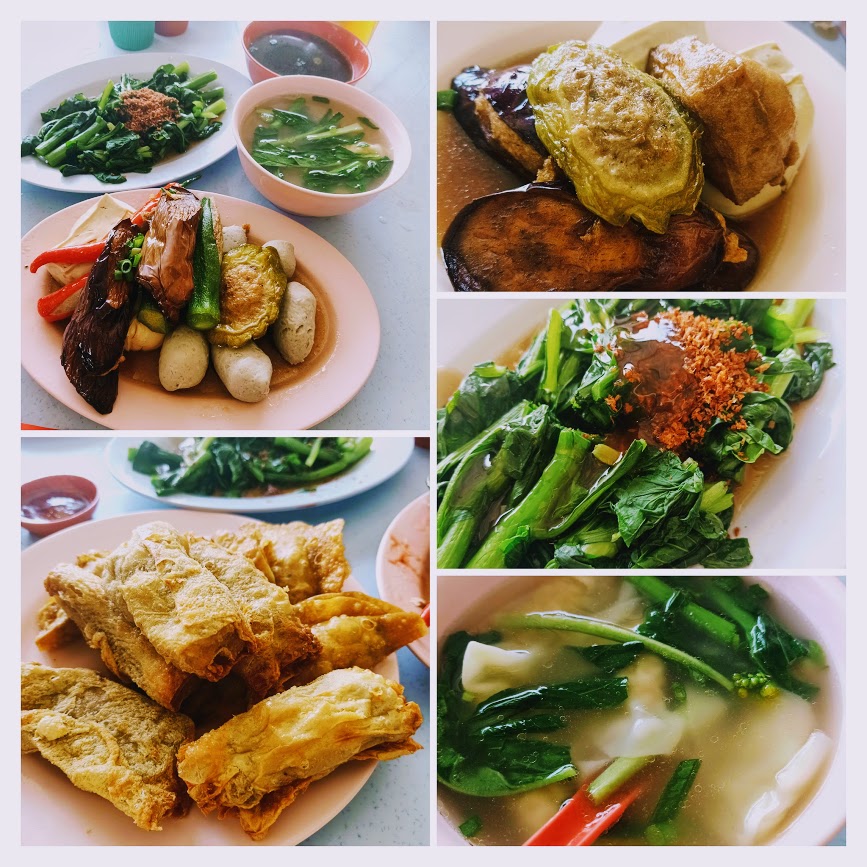 Hardly with her hair let down, Cass had to let it down as her hair tie snapped while she was in the car. Alycia commented that Cass looks gorgeous with her curly brown hair let down  😄 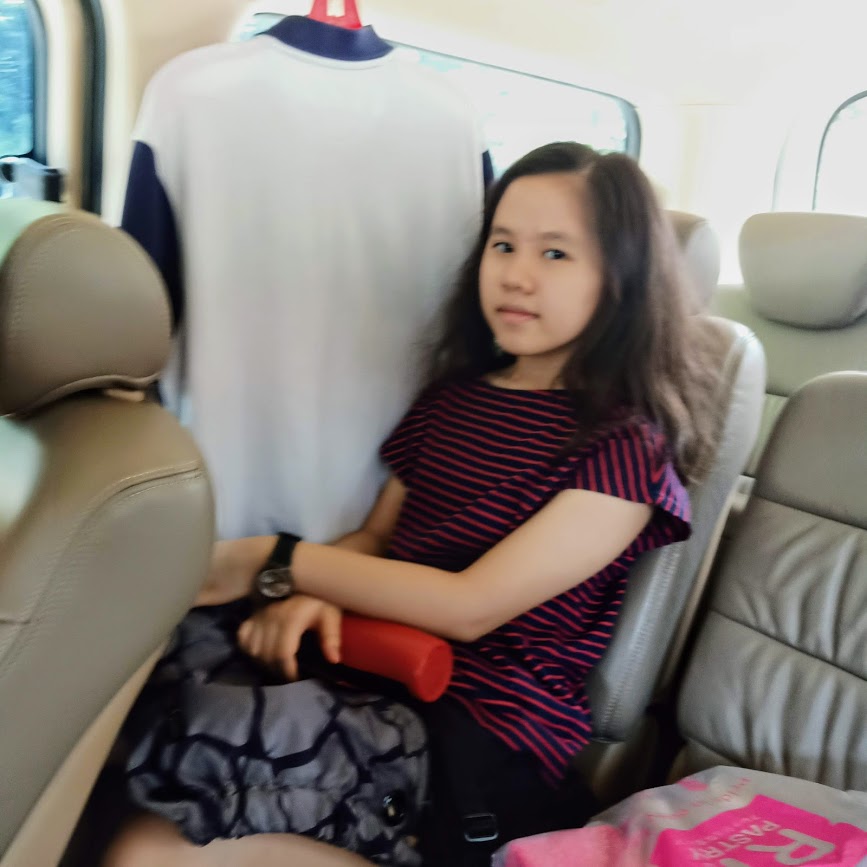 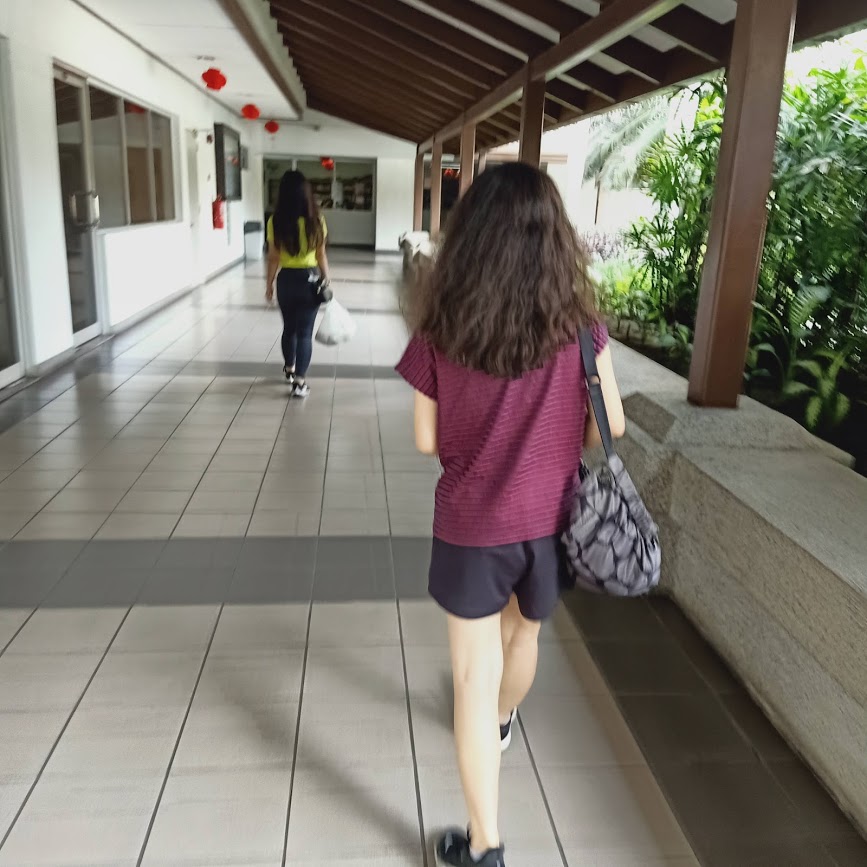 From behind, my baby girl looks so grown up. She’s going to be 12 soon!