Every industry has their own jargon and abbreviations that is also including the real estate industry. If you are not in the industry and as you speak with the real estate agent, you will probably be wondering what is loan to value (LTV), what is temporary occupation permit (TOP) or what is stamp duty (SD)? These are just the tip of the iceberg and here we are going to share some of the basic jargon and abbreviations. 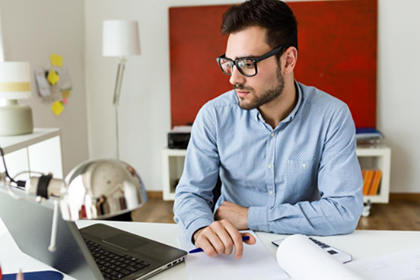 HDB – Housing Development Board
There are many countries in the world that provides public housing to their citizens but Singapore public housing is popular and well received by their Singaporeans. About 80% Singaporeans reside in HDB flat that is distinction with the highest percentages of residents in public housing in the world. With the rising population and land scarcity in Singapore, the value of hitting $1million in the HDB market is not far away from every Singaporean dreams.

TOP – Temporary Occupation Permit
TOP refers to the time when construction is completed and the property is ready to be occupied. Then, there is another abbreviation for the certificate that is issued by the Building Authority which is the Certificate of Statutory Completion (CSC) at this time.

COV – Cash Over Valuation
Most widely used since the increase of HDB prices from year 2007 onwards, COV refers to the sum above and beyond of what the flat is value at. It is also known to reach highs of more than S$50,000 in the recent years.

LTV – Loan To Value
It refers to the maximum amount that a bank is willing to lend in financing property purchased. For a value of S$1 million property, if the LTV is at 80%, that means the bank will lend a maximum of S$800,000. Even more recently, a series of cooling measures that is introduced by local authorities to discourage speculation have included the lowering the LTV or second mortgages to 60% from 70% previously.

SSD – Standard Stamp Duty
It is imposed by the IRAS (Internal Revenue Authority Singapore) on both buyers and sellers of property. It is also calculated according to the amount of property purchase value. It is calculated according to the tier system, with 1% imposed on the first S$180,000, 2% on the next S$180,000 and 3% thereafter. With the recent cooling measures have also included new SSD rates that is ranging from 4% to 6% for residential properties that disposed of within 4 years of acquisition.

ABSD – Additional Buyer Stamp Duty
As per the name, it is the additional stamp duty apply on buyers who are existing buyers or have bought any properties before under their name. It is computed on the purchase price as stated in the dutiable document or market value of the property. Recently, the government has increased the ABSD rates by 5% for cooling measure purposes. You can click here to check out the latest ABSD rates.

VTO – View To Offer
VTO is commonly used in open listings and sometimes the owner is ‘testing the waters’ by not indicating an asking price in order to see what the property offers can attract. There are some situations where VTO listing may mean that the flat may not have had its valuation exercise completed.

Co – broke
There could be situations where both buyer and seller engaged their own agents, a co-broke refers to agreement where agents on both side agree to share exclusive listings with one another, with a 50-50 split of commission. On the contrary, the co-broke system is sometimes abused, there are cases where agents may not reveal higher offers or encourage a client to buy more expensive flat in order to earn the maximum commission amount.

OTP – Option to Purchase
It is the right offered by a seller of a property to another potential buyer of the property. It sets up an option to buy property at a certain price within a certain pre-agreed time period. Buyers has the tendency to pay a fee for the right which they have to act on the OTP within the agreed period if they still want to go ahead to buy the property.