Today we intended to spend our holiday at Mid Valley Megamall and Gardens Mall but we made a detour to Bangsar when we saw the long horrendous queue of vehicles lining the highway leading to the mall.

We went to Bangsar Shopping Complex instead but had no idea what to eat. Finally we settled for Japanese food but I had forgotten to take mental note of the name of the restaurant.  After lunch we walked around the mall and had Morelli’s gourmet ice-cream. We also checked out a glitzy Hari Raya Open House lunch that was held at the concourse of the mall, catered by Dorsett Hotel.  We so wished we were invited too as the buffet line of traditional Malay food was SO sumptuous! 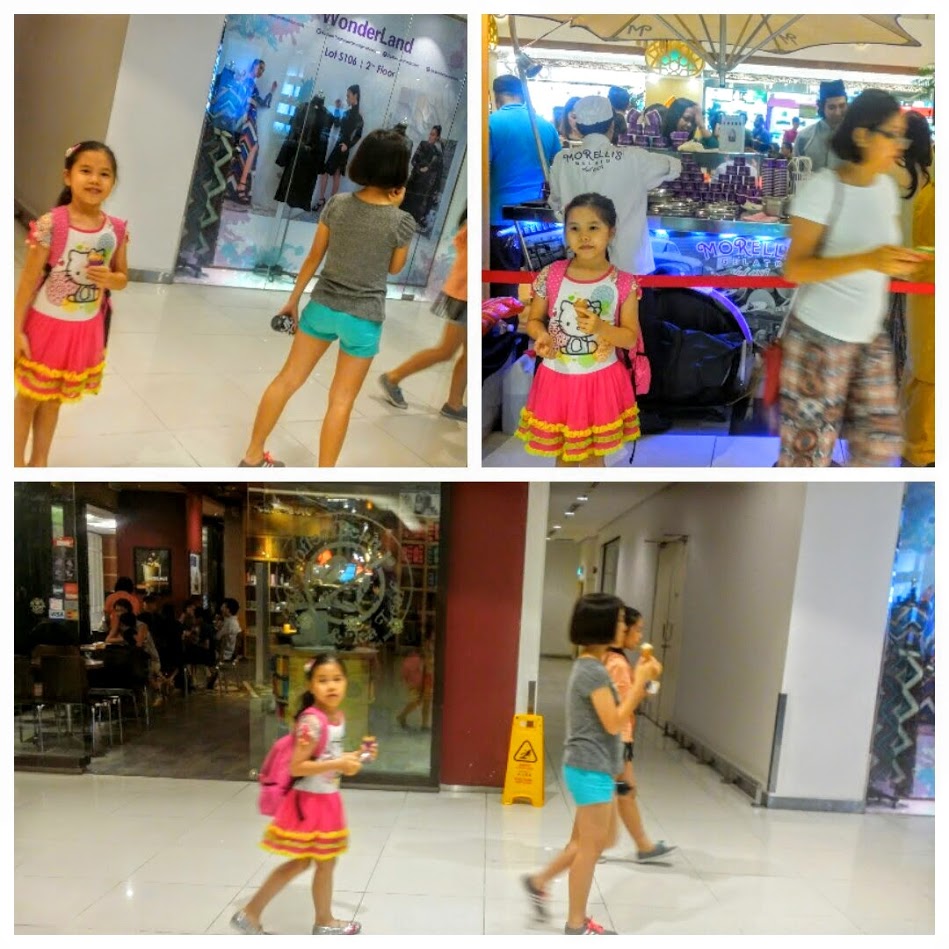 After we left BSC, we went to Les Deux Garcons as the gourmand man of the house wanted to have gourmet coffee and cakes to de-stress. He’s had a long and tiring day working at a client’s function last night. Tonight he has another Hari Raya Open House to cater to and it will be another late night for him.  His way of de-stressing is to indulge in food >.<

Today the 2 older girls are a little co-operative during photography.  They usually drive me potty when it comes to getting them to pose for a photo or two. Their dad would have to holler at them to pose for the camera!  If not for bribing them today, they wouldn’t have been so cooperative.

So I took the opportunity and snapped the camera away, before they change their minds and dodge when they see my phone 😀 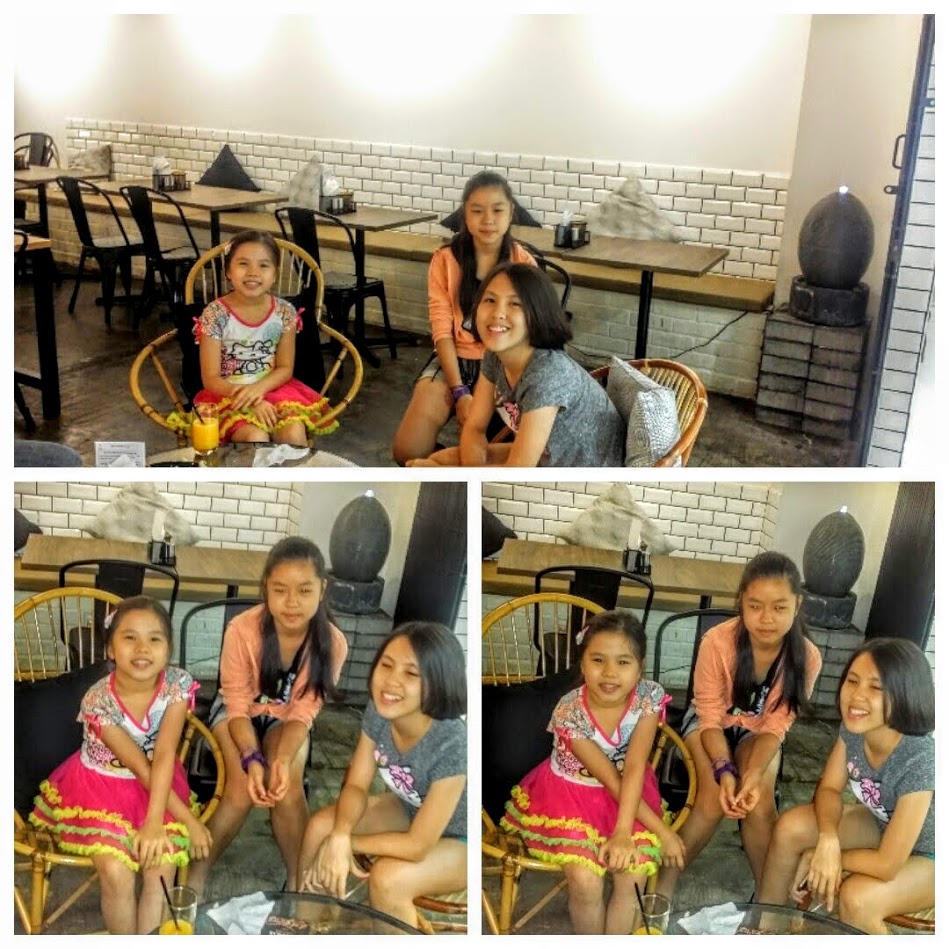 Something really funny from Cass to her Alycia che che today:

That’s how much Cass adores her Alycia che che.  But sometimes Alycia thinks that Cass is annoying when she hugs and slobbers all over her with wet kisses.

And yep, Alycia allowed Cass to hold her hand on condition that she behaved well.

In the evening, while the hubs was at work,  I brought the girls down to flex our muscles outdoors and then to the gym.  Dinner was takeout sushi.

Tomorrow will be another day at the mall for us 🙂