On the second day of Hari Raya, we left our house very early in the morning, so that we could avert the horrendous traffic jam leading to Sunway Pyramid and easily get a parking spot at the car park. During weekends and public holidays, it’s quite a feat to inch your way into Sunway Pyramid and if you’re lucky, get a spot to park.

When our girls first went into the skating rink, they had totally lost touch of their ability to ice-skate. The last time that they went ice-skating was 3 years ago in Auckland, New Zealand.  It was in Auckland that our girls learned ice-skating.

For a start, the girls had to hold on to the side railings to walk. 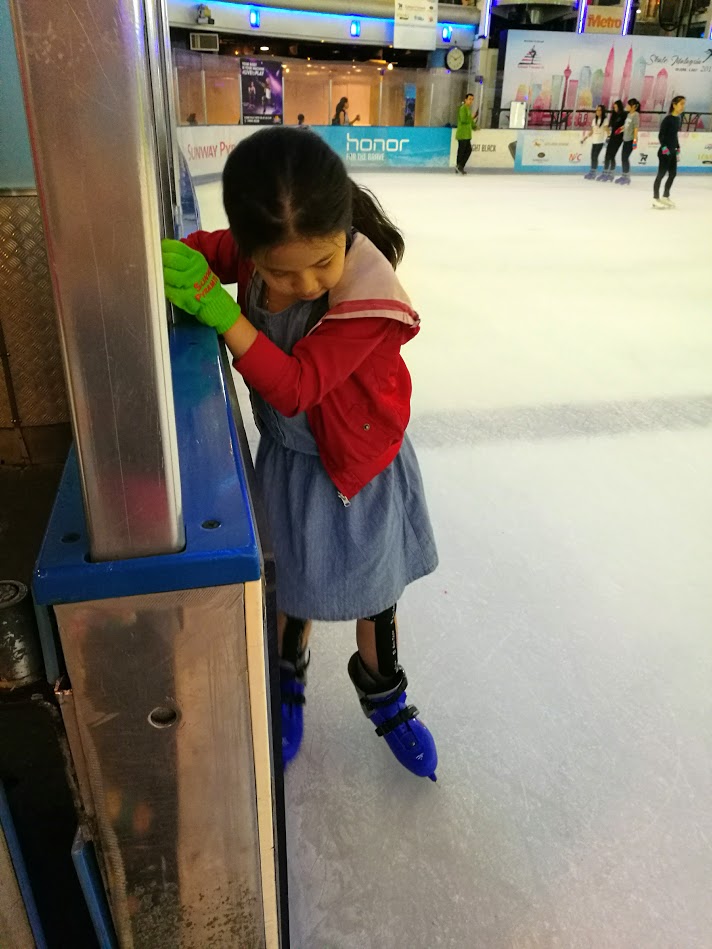 After about 5 rounds walking round the rink holding on to the side rails, they managed to walk on ice without holding on to anything. But they weren’t gliding and skating just yet. The big girl found ice-skating to be such a bore, haha! 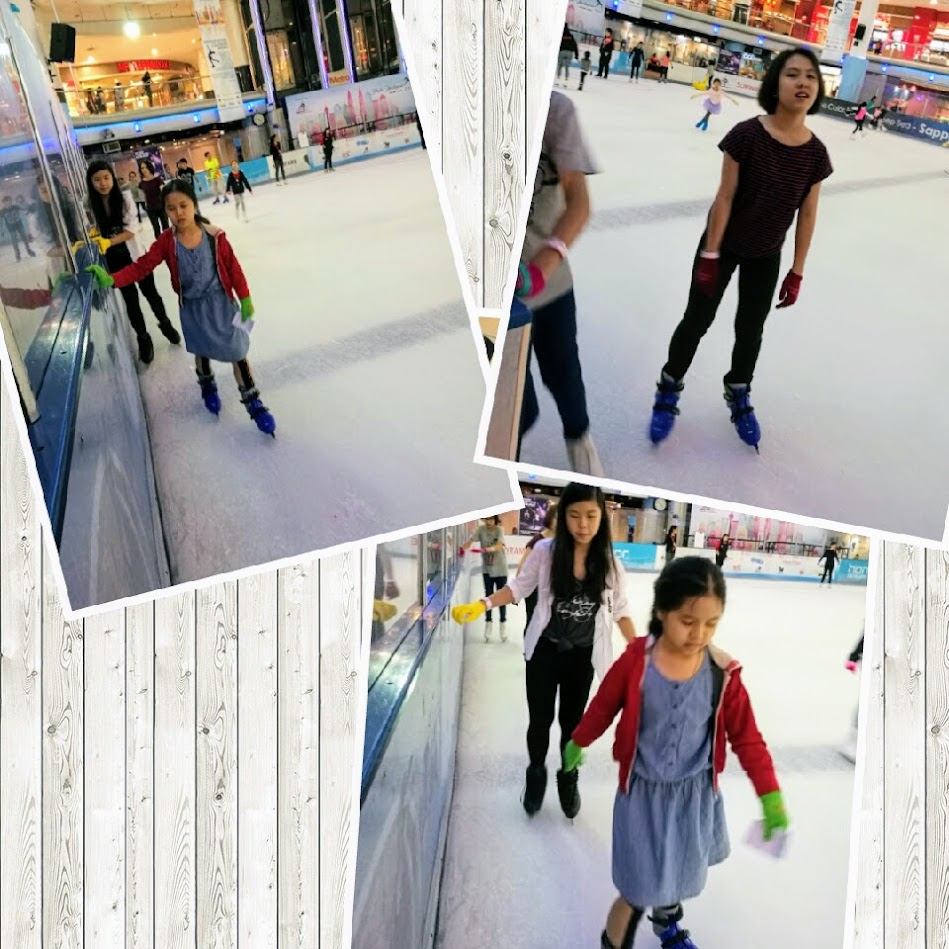 Cass was lucky as she got free lessons from strangers at the rink!  She was a happy camper when she could finally walk on ice unassisted! Cass was very enthusiastic right from the start. She loves sports of all kinds. She watched in awe a group of young Malaysian team figure skaters strut their stuff while practising her own walk-on-ice.  I’m pretty sure that with another session, the girls will be able to glide on ice and do the real thing.  IF only Sunway Pyramid were nearer to where we stay, I would have sent Cass and Drama Queen for lessons as they love ice-skating.  I find it very therapeutic to watch those little kids as young as 4 years old skate so well during their lessons.  But it’s a pain to drive to and fro the mall and then drive round the mall to find a place to park. That in itself takes up 1.5 hours. 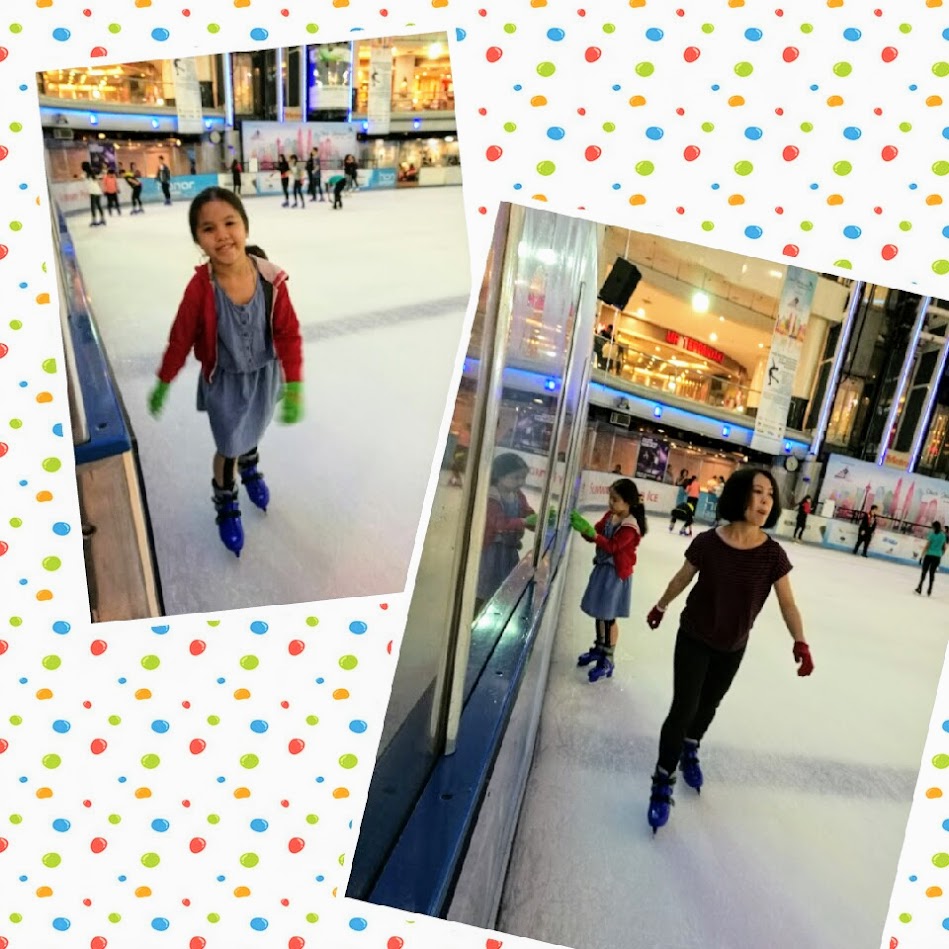 After 3 hours of ice-skating, we had McDonald’s ice-cream and Tokyo Secret cheese tarts and then adjourned to have lunch of curry noodles and chicken rice at a restaurant in Happy Garden.

After a long and leisurely lunch, the whole jingbang arrived at our condo for swimming, table tennis and basketball. 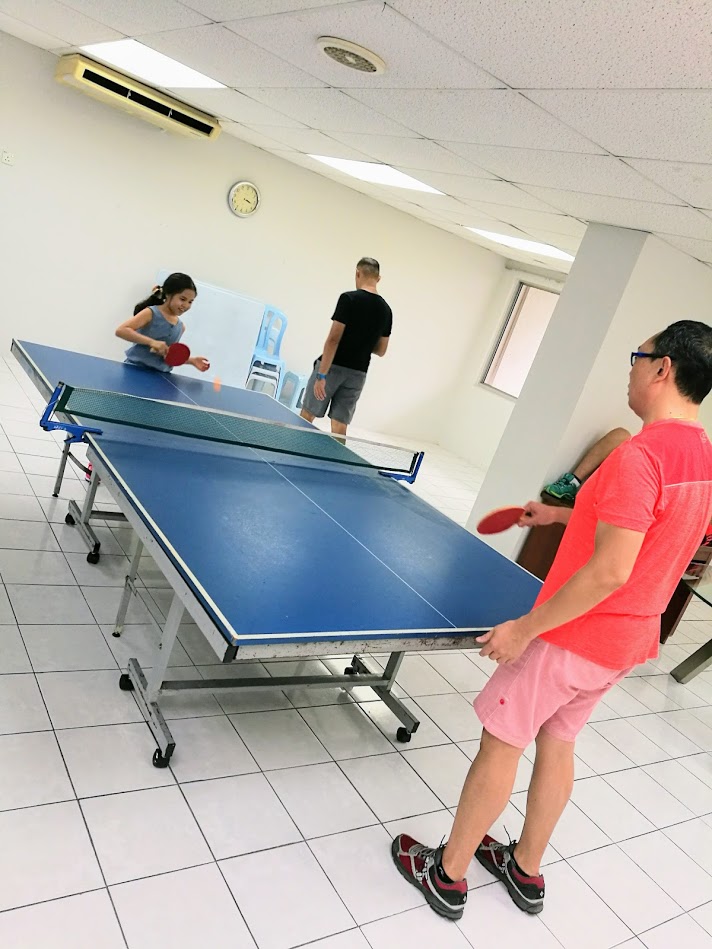 Cass with her favorite uncle Kevin 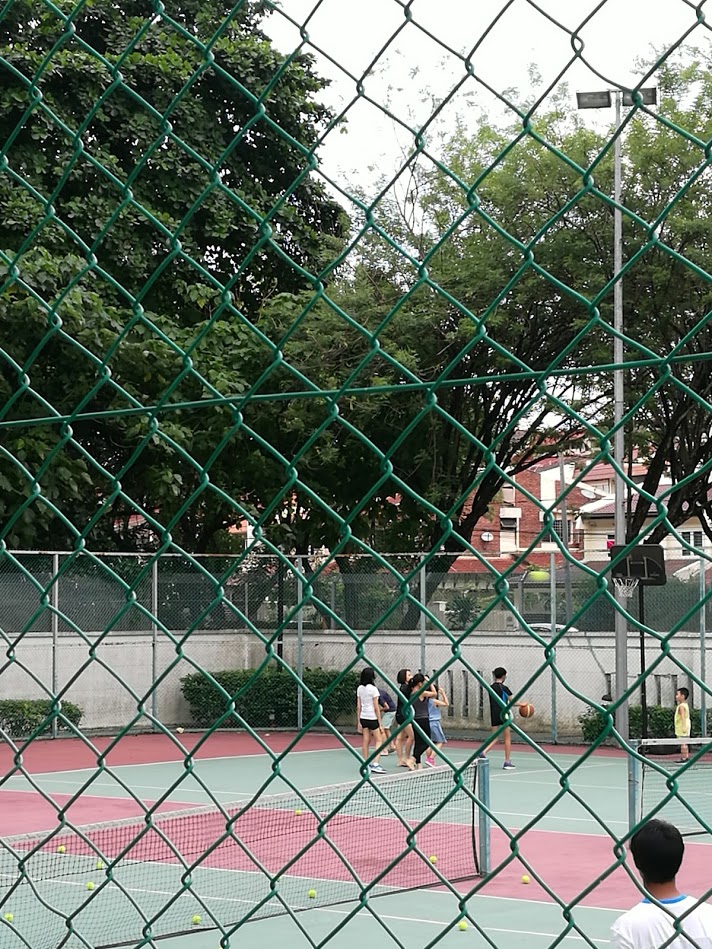 The gang of 6 kids playing basketball at the court.

Dinner was at New Sek Yuen Restaurant @ Pudu.  No pictures were taken as I found it too much of a fag to aim and shoot when everyone else looked impatient, waiting to dig into the dishes 😀

It was another long day for us and we only reached home way past 10 p.m. Thank goodness the hubs didn’t plan any activity for the next day as all I wanted to do was to sleep in, saunter around at home and complete some chores.