I made a big pot of Roselle tea for the family yesterday.   My late grandma used to boil Roselle tea for us when we were younger. We would call the Roselle tea “Ribena” as it tastes very similar to Ribena and has the bright red color of Ribena as well.

Roselle is a species of hibiscus native to West Africa. In Iran, it is typically known as sour tea; in English-speaking countries, it is called red sorrel. It is commonly used to make jelly, jam, juice, wine, syrup, gelatin, pudding, cake, ice cream and flavouring.

There are three types of roselle, identified by their colours – the dark red type has the highest content of anthocyanins, followed by the light red type, while the green type has only traces of the antioxidant pigment or none at all, reported the Journal Of American Science in 2010.

Anthocyanins are said to promote cardiovascular health. Roselle flowers, whether fresh or dried, have similar levels of efficacy.  The flowers should be whole and free of contamination during purchase.

I boiled the roselle flowers with screwpine leaves (pandan) for about 45 minutes.  Then sieved and poured out the roselle tea.  As roselle is naturally sour, I added raw honey to it. The lightly sweetened roselle tea is for the girls. I prefer mine sour and without any honey. 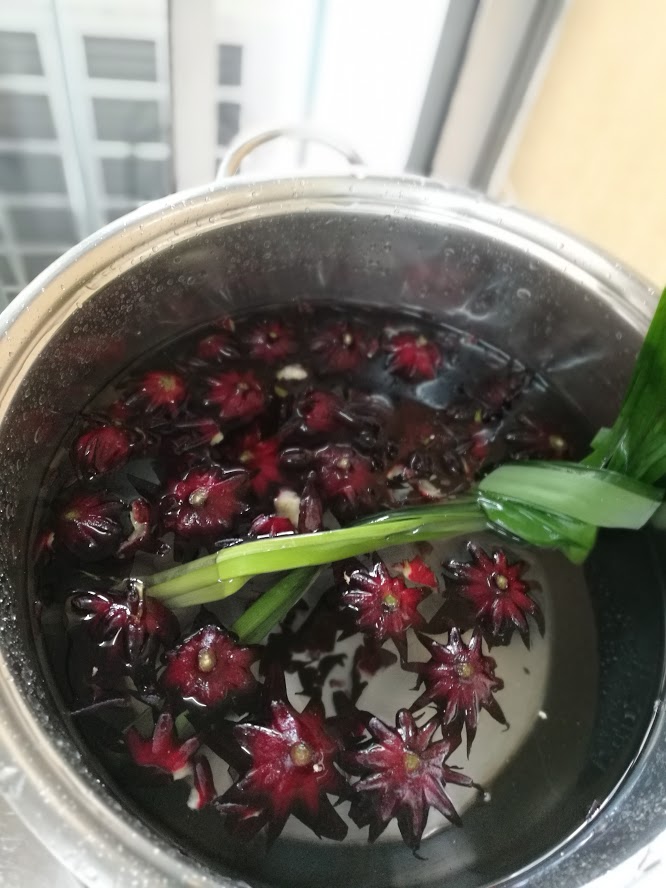 I read from some recipes that the seeds are removed prior to boiling the petals but  lazy me gave up removing the seeds after I discovered that the process was pretty time consuming. I never like to spend too much time in the kitchen.  I  did a quick google search to see if the seeds are poisonous or edible and what I found was an eye-opener.  Roselle seeds are a good source of lipid-soluble antioxidants, particularly gamma-tocopherol. These seeds are even packaged for sale. So what the heck, after washing the flowers thoroughly, I dumped everything into the pot, filled up the pot with water and boiled it for 45 minutes or so.

The RM3.50/packet of roselle flowers bought from the organic shop managed to yield about 10 glasses of roselle tea.  What a cheap health drink this is and the girls loved it when chilled or with ice-cubes added. I am definitely going to prep this tea more often. I can also use it to make jelly for my jelly crazed girls. 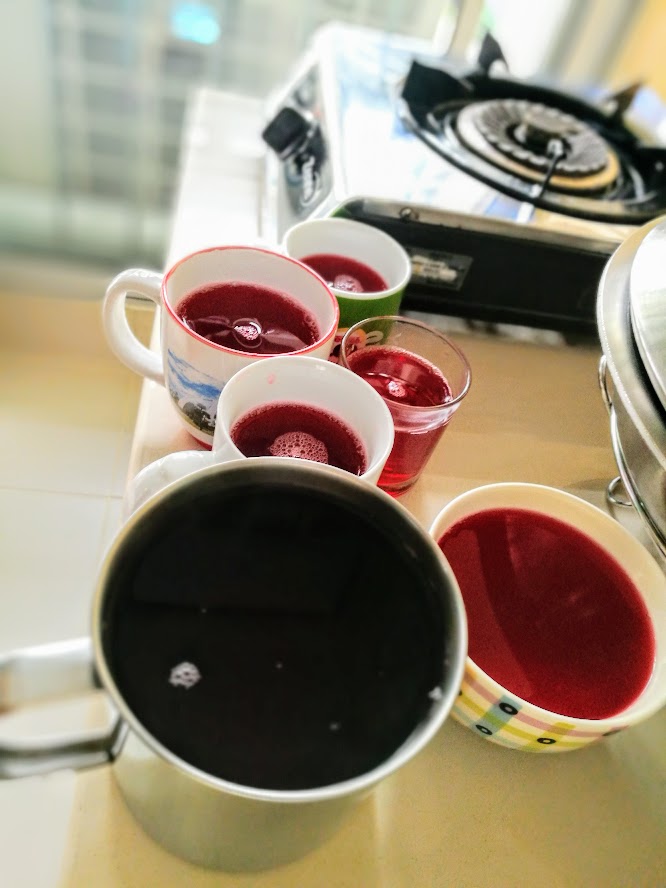 Roselle pandan tea with raw honey is so refreshing, especially when chilled. 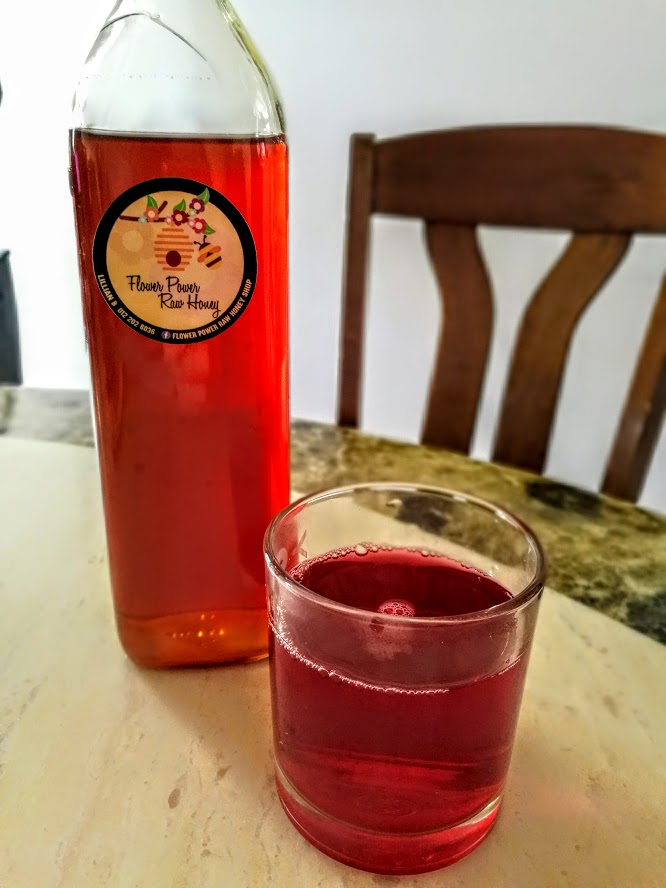 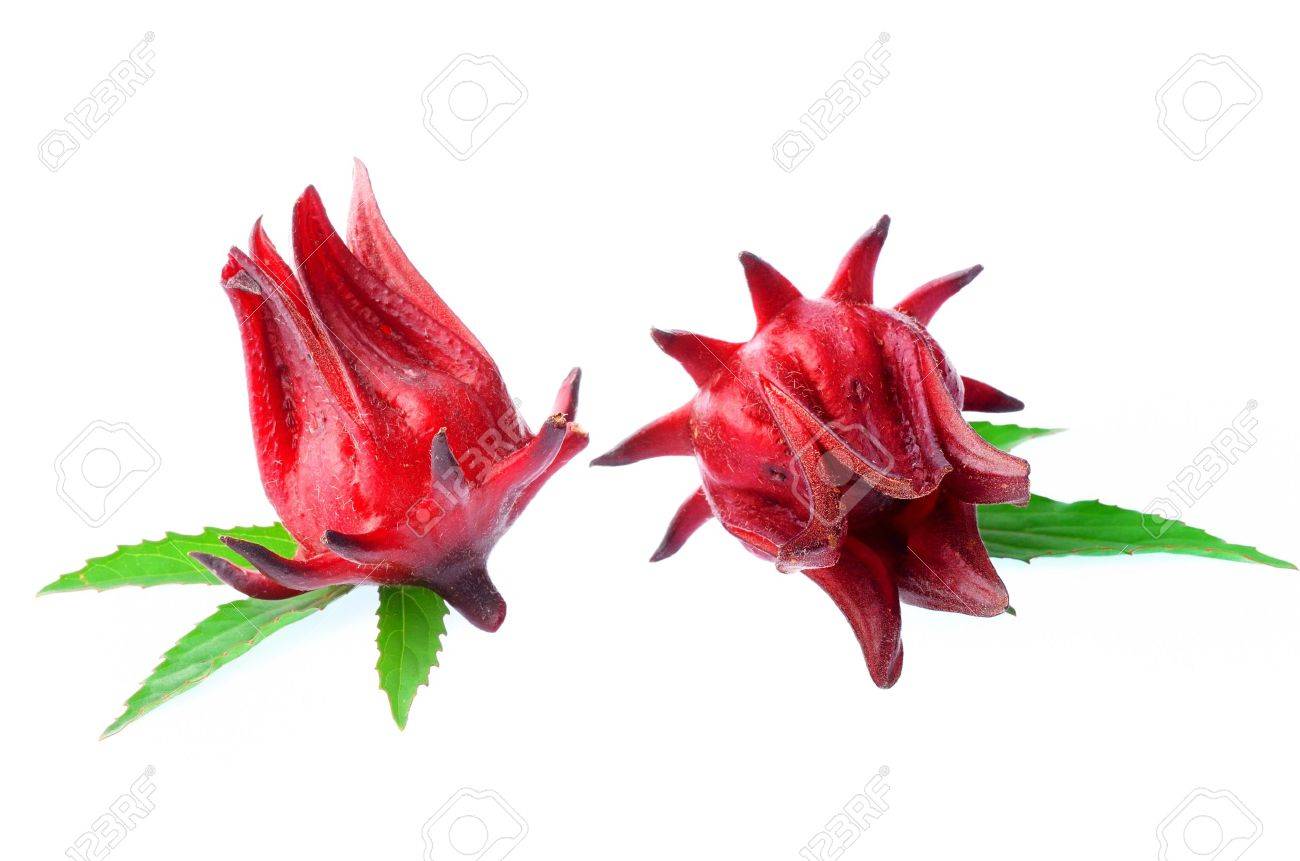 According to an article extracted from The Straits Times in Singapore, people with neutral or “heaty” bodies can benefit from taking a “cold” herb, such as roselle flowers, to balance their body constitutions. It is also suitable for those with hypertension and high cholesterol.

WHAT RESEARCH HAS SHOWN (excerpt from The Straits Times, Singapore)

Daily consumption of a tea or extract produced from roselle flowers has benefits for adults, according to a review of human and animal studies published in the journal for the study of medicinal plants, Fitoterapia, in March 2013.

Specifically, it helped to significantly lower one’s systolic and diastolic blood pressure in people with pre-to moderate primary hypertension and type 2 diabetes, based on results from randomised controlled trials.

More than half of the trials showed that daily consumption of roselle tea or extracts improved one’s lipid levels.

The observations were likely a result of the antioxidant effects of the anthocyanins. These compounds inhibit the oxidation of “bad” cholesterol, hence impeding the development of atherosclerosis (hardening of the arteries), which can lead to cardiovascular disease.

Roselle tea makes for an excellent low-calorie healthy beverage for the entire family. I love the bright red color of this drink that packs a healthy punch too.