Alycia was feeling a tad under the weather yesterday evening. She said she felt very hot inside her body and felt very tired. I touched her body but it didn’t feel that hot.  I gave her a packet of Izumio hydrogen water and told her to pop 2 capsules of Super Lutein.

Later, I fished out the digital thermometer to check Alycia’s temperature but the batteries conked out. It’s been ages since we last used the thermometer. As we were rushing to send Alycia to the tuition centre, I summoned Cass to help me find new batteries to load them into the thermometer. 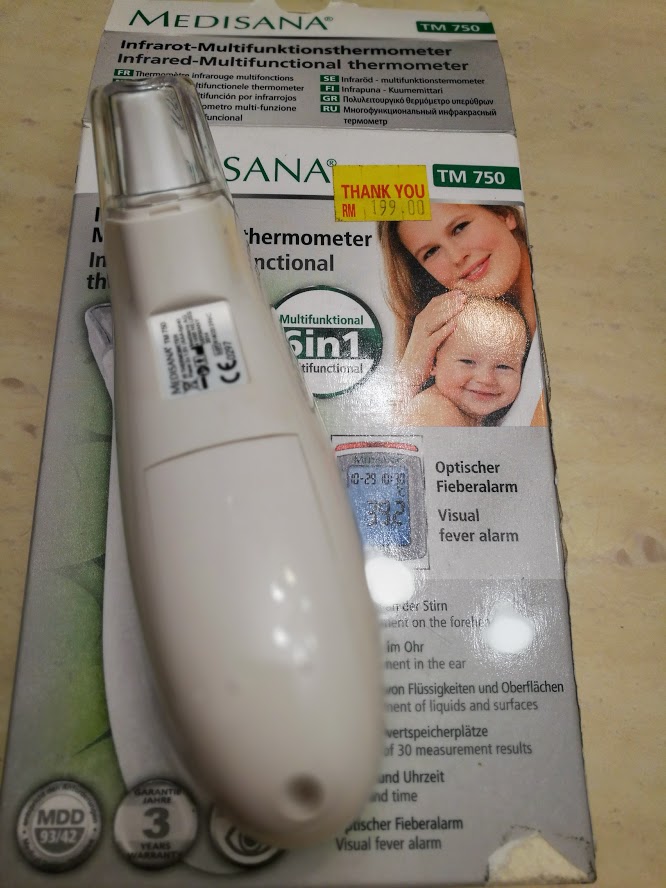 After popping 2 capsules of Super Lutein, a packet of Izumio, a glass of Manuka honey with propolis and 2 Esberitox, Alycia was well enough to go to school this morning. She was very worried of getting a fever as this would mean skipping school today.

In Alycia’s high school, skipping school without an official medical cert from a doctor would mean a deduction of 0.2 marks from every test paper. And for a slight fever or flu, going to the doctor’s office just to get an MC would cost at least RM50! Times are bad and our economy is lackluster, no way am I going to throw away my RM50 just for a piece of paper.  Thank God Alycia got well this morning and didn’t have to skip school.