Yesterday was awesome rawsome lunch day for me.  I do that twice or thrice a week, for lunch.  Today is yet another day of going raw for lunch, well almost, but I will be adding an egg to increase my hemoglobin levels.  I am anemic, caused by heavy menses, which in turn is contributed by a tiny fibroid in my uterus. 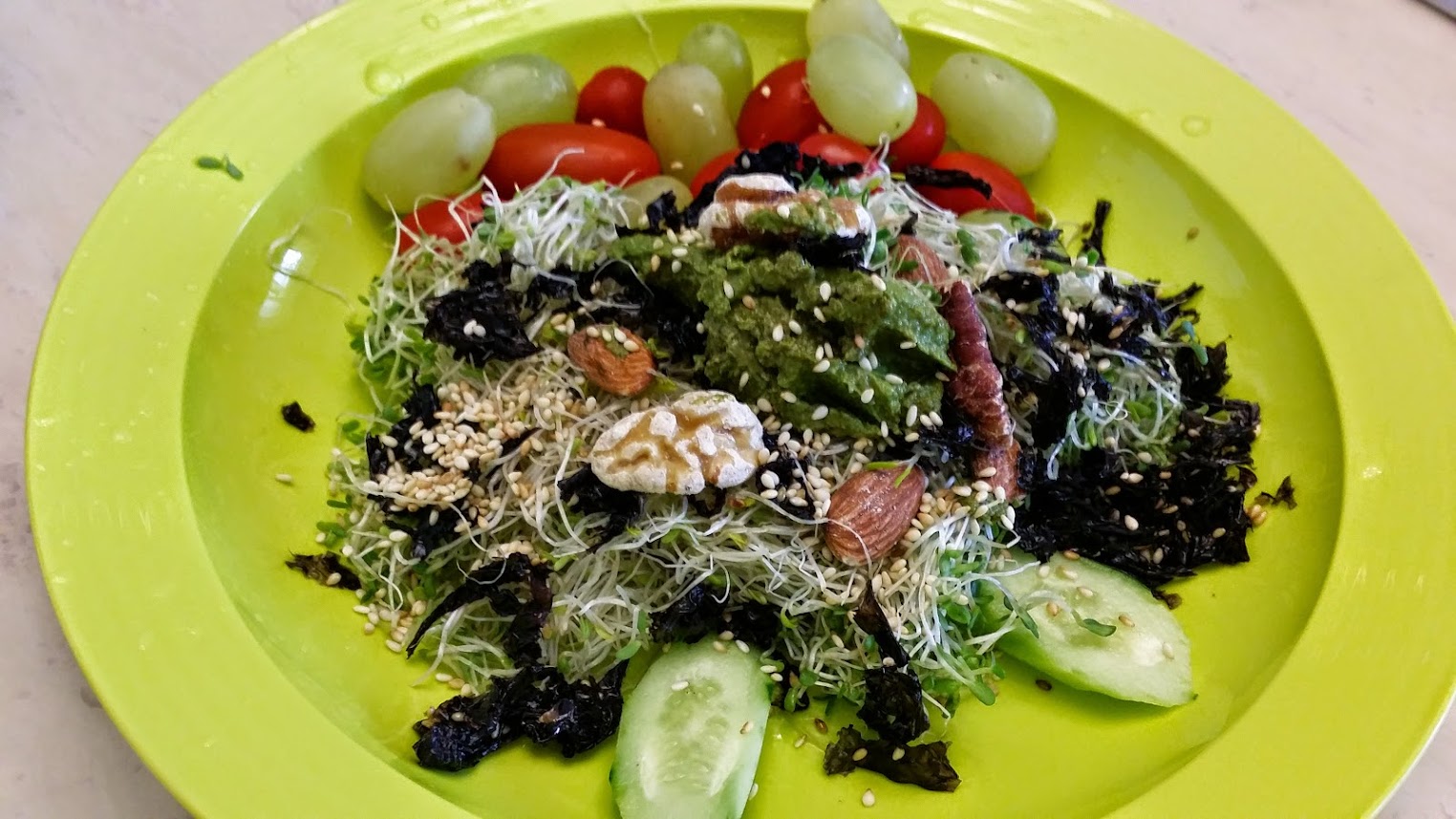 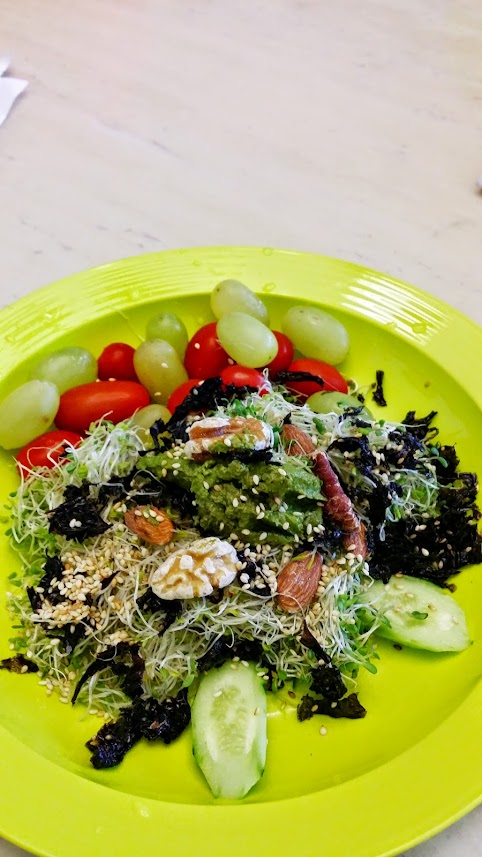 Before lunch, I downed 2 glasses of raw smoothie, consisting of orange, apple, green grapes and alfalfa and onion sprouts.  The kids and the hubs had orange and apple smoothie, sans the raw sprouts. 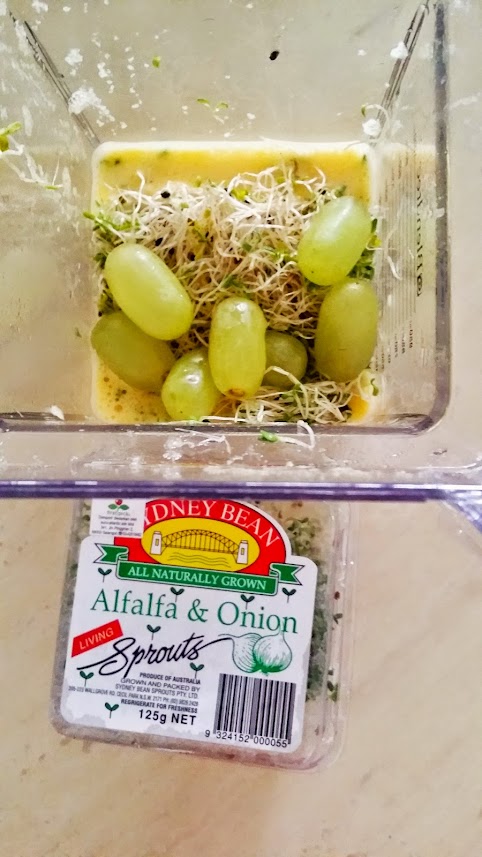 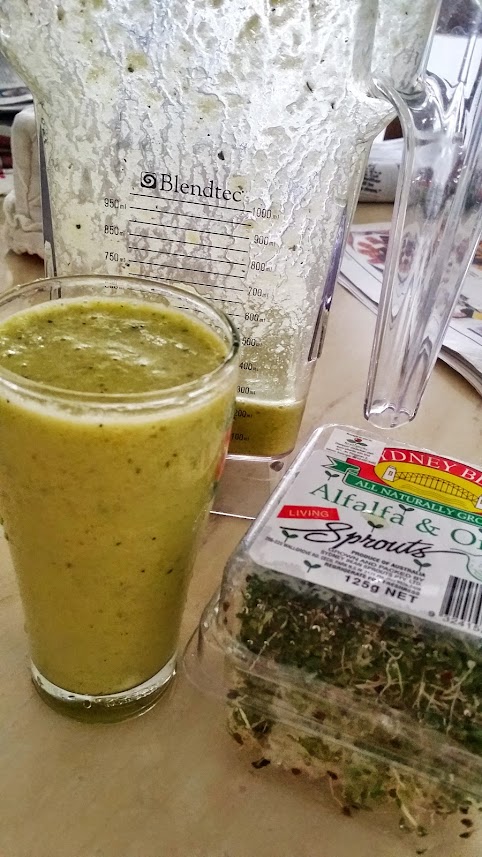 **BURP**!!  That was so so filling and enough to sustain me till dinner while giving me the fuel to slave for the kids and household 😀

Can anyone eat such healthy stuff just for a day? Tell me you can! They are good stuff you’re pumping into your body alright! 😉