In case you’re still living in a fidget spinner or slime world,  squishies are brightly colored foam toys that come in a variety of shapes and sizes, from a  tiny panda face on a key chain to some fake-but-looks-real sushi. The shapes and varieties are endless. Some are scented with bakery-appropriate flavors like strawberry or peaches and cream. As the name suggests, their most important quality is their immensely satisfying texture. Squeezing a squishy is like crushing a loaf of Wonder Bread between your fingers, only to watch it magically re-inflate back to its original form. I have to admit that I am inside the squishy bubble now, joining Cass and Drama Queen!

Squishies are on their way to becoming the next big toy craze in the US, according to toy-store owners interviewed by New York Magazine and the New York Times. So far they’re being marketed, much like fidget spinners, as a way to relieve stress and anxiety.

When we were back in Ipoh during the recent school holidays, I brought Cass to Kinta City shopping mall to claim her reward.  Apart from  some novels and a few rounds of claw machine games, I also bought her a squishy as her reward.  The squishy stall is on the first floor concourse of the shopping mall, outside Aeon.  It’s been there for at least 2 years.   Drama Queen shopped for her primary school bazaar’s lucky draw prizes from this stall 1.5 years ago. The range of colorful and oh so squeezable squishes is pretty wide and not only can a child go crazy at the stall, adults too. 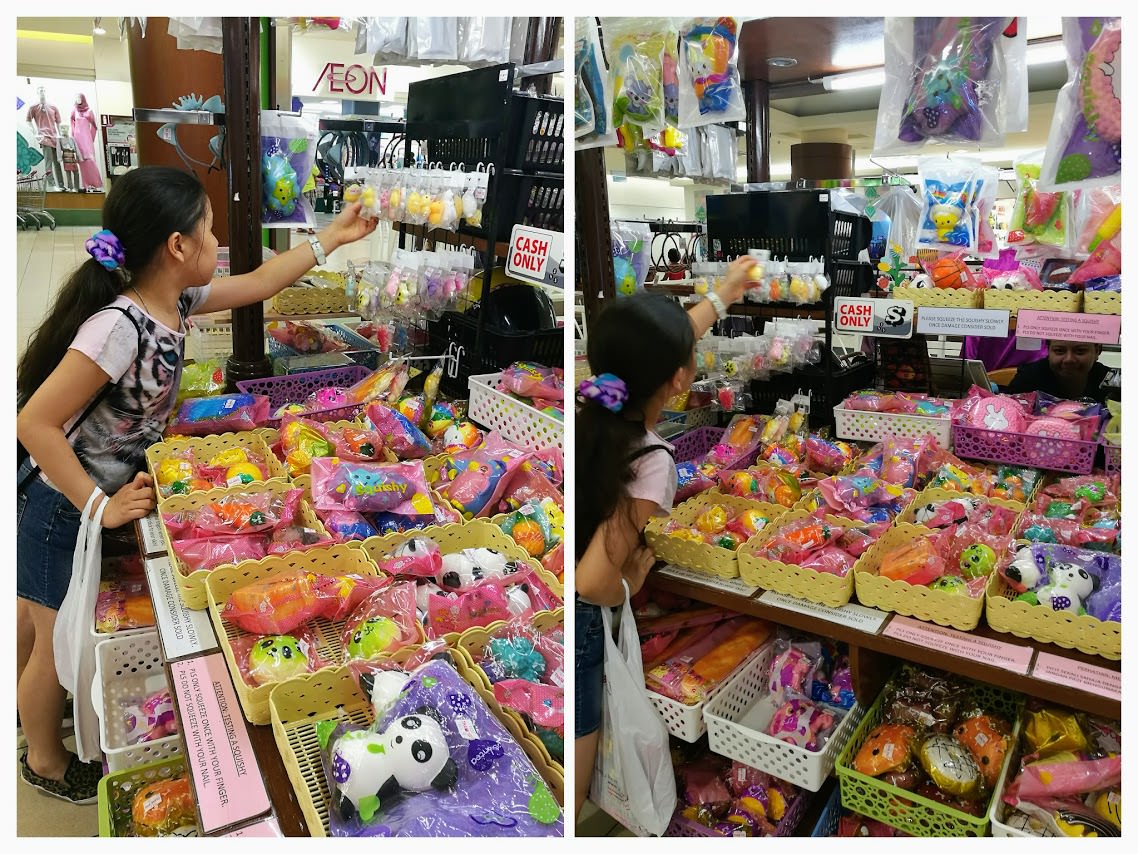 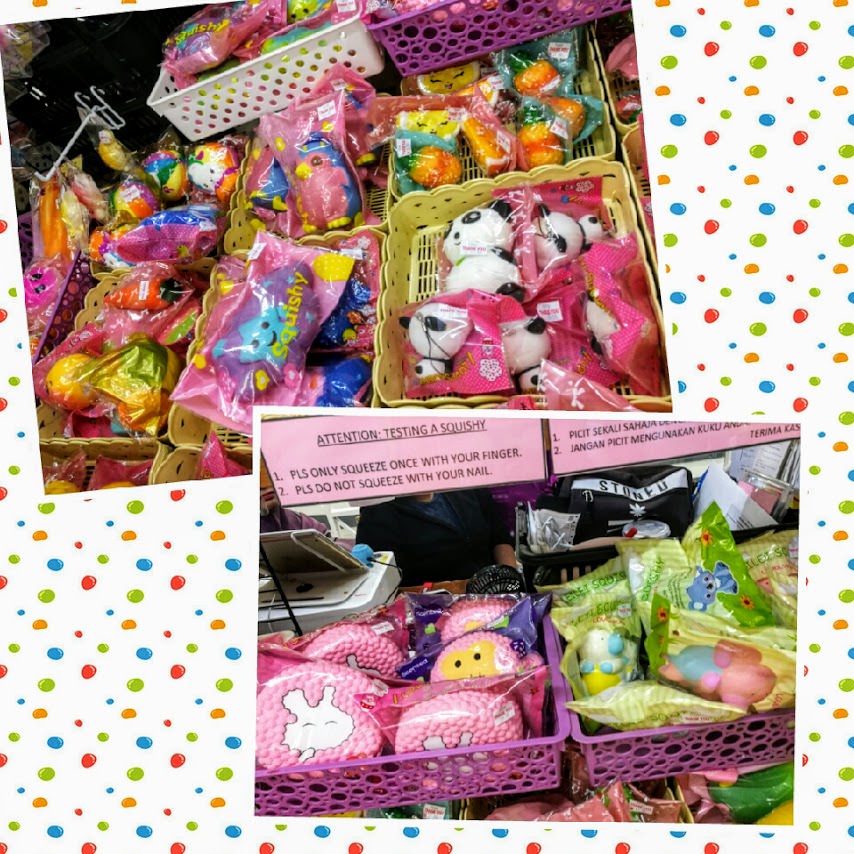 Cass’ pick was this little pink paw, which is extra squishy, soft, squeezable and highly re-inflatable. No wonder Cass loves squeezing it, I love it too!  After paying for the paw squishy, we both had a tug of war over  who gets to squeeze the paw 😆 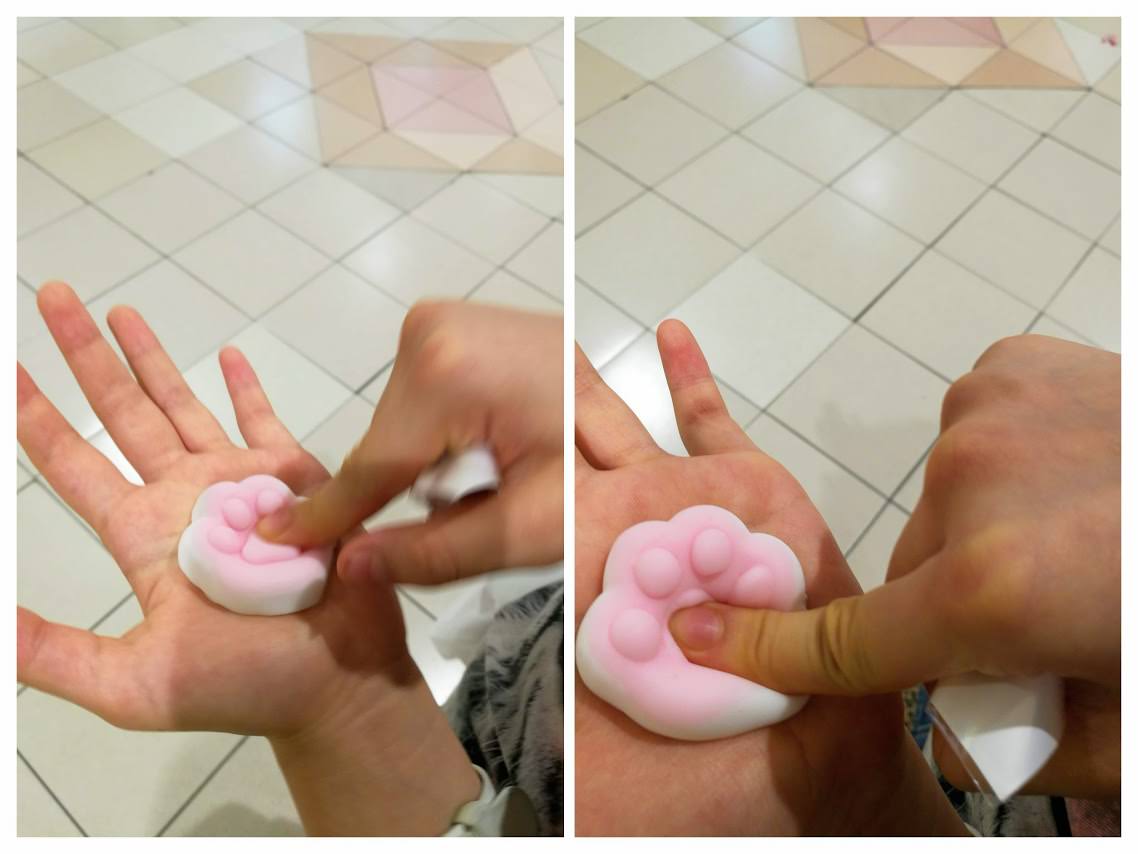