Since Saturday, I’ve been joining panicky residents at our neighborhood in the rush to snap up pails, water containers, tubs and garbage bins for the insane 3 to 4 days scheduled water cut. In fact, almost every household in the entire Klang Valley is affected by the largest water cut in the state’s history.

On Saturday I went to 99 Speedmart in the hope of getting a few pails but all the pails were sold out. I had no choice but to buy a black garbage bin. On Sunday, I summoned the hubs to get a large round tub from NSK and large bottled mineral water when he went there to stock up on groceries for his catering business.  Today he told me that he can’t spare me more than 1 large water container from his shop as he needs them too for storing water for cooking and washing in his kitchen. So I scrambled out to the shops to hunt for more pails. No luck at both the 99 Speedmart outlets at my neighborhood as all the pails, tubs and garbage bins are sold out. Even water dippers are out of stock.  Thankfully there were still a few pails left at a Chinese medicine hall but another man who came before me snapped up all the larger pails. I had to settle for a dusty and scratched large pail with lid (last one there) and grabbed another two smaller pails.

My loot of containers: 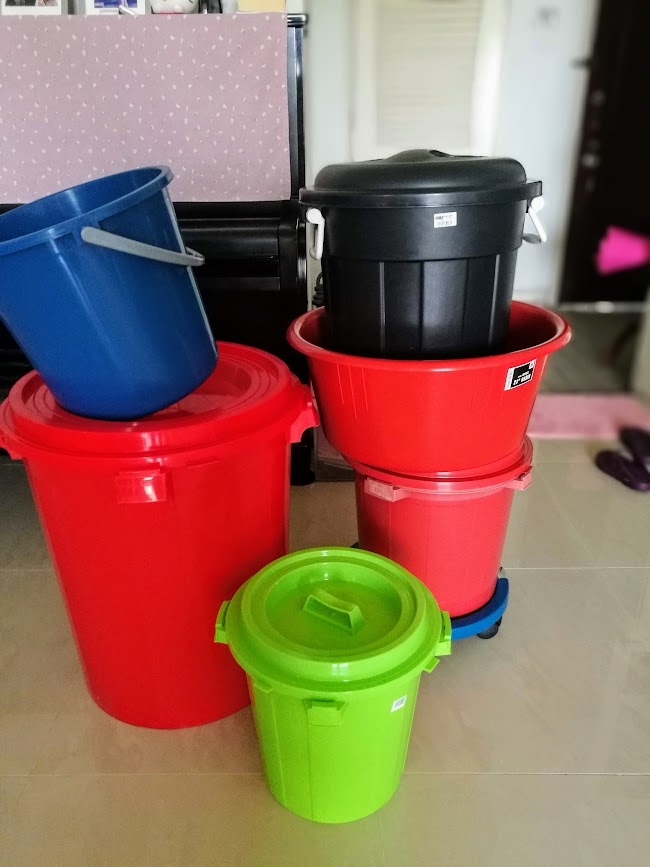 These containers for water are enough to last us for just ONE day.  Thankfully the water tanks at our condo are enough to sustain the residents for 1 or 2 days, depending on usage. 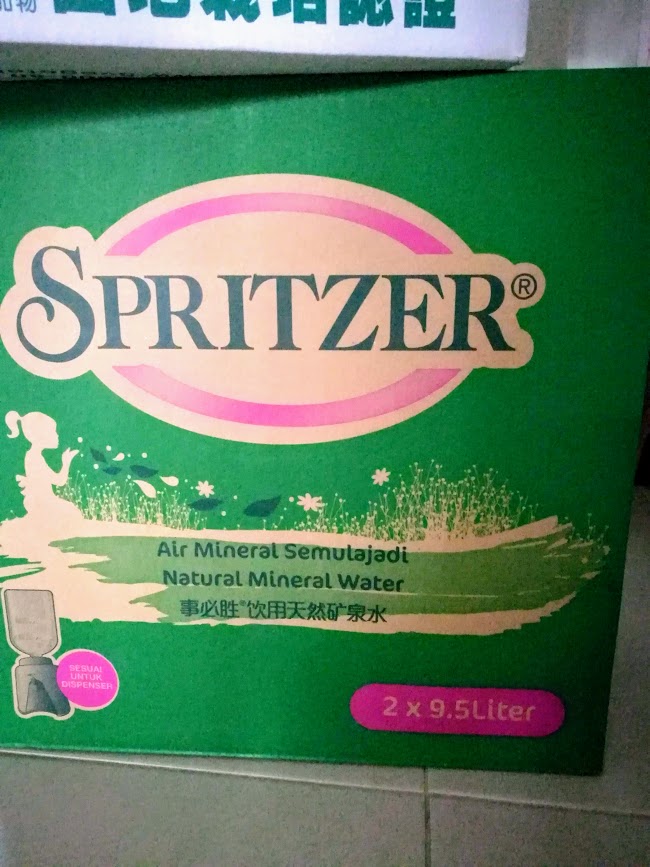 On the second day of the water cut, the water level at our condo water tanks will be measured and if the drop is at a critical level, there will be staggered hours of water cut and flowing taps on the 2nd, 3rd and 4th day.

In the worst case scenario, my contingency plan is to bring the girls to a hotel for some civilization until the water supply returns. Hubs is rubbing his temples now as he’s having full-house functions on the days of the water cut.

Don’t we just hate water cuts? 😭 I wager that everyone affected by this water cut will now treat every drop of water that flows out from our taps with renewed appreciation.