I had lunch with the hubs and the mil at hubs’ favorite cafe, Les Deux Garcons (LDG) Patisserie today. 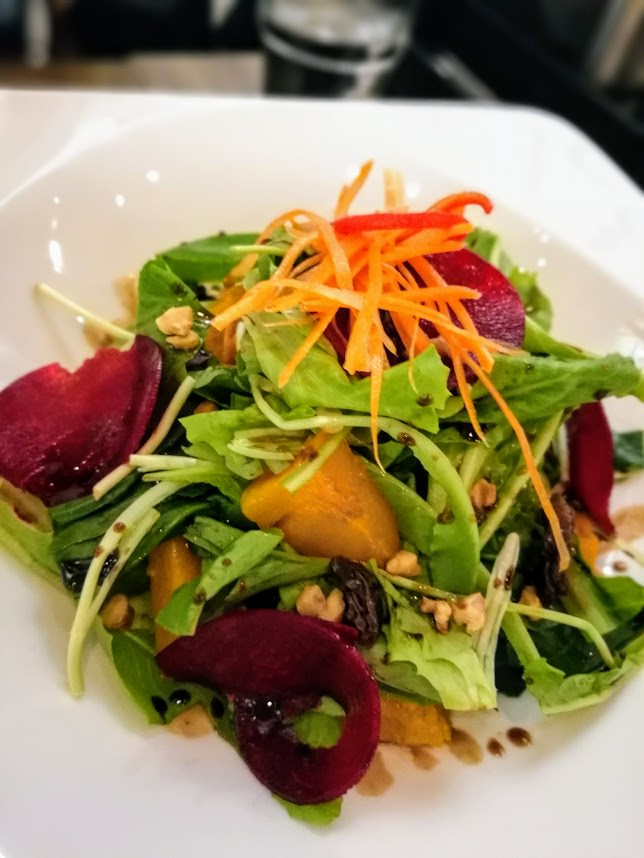 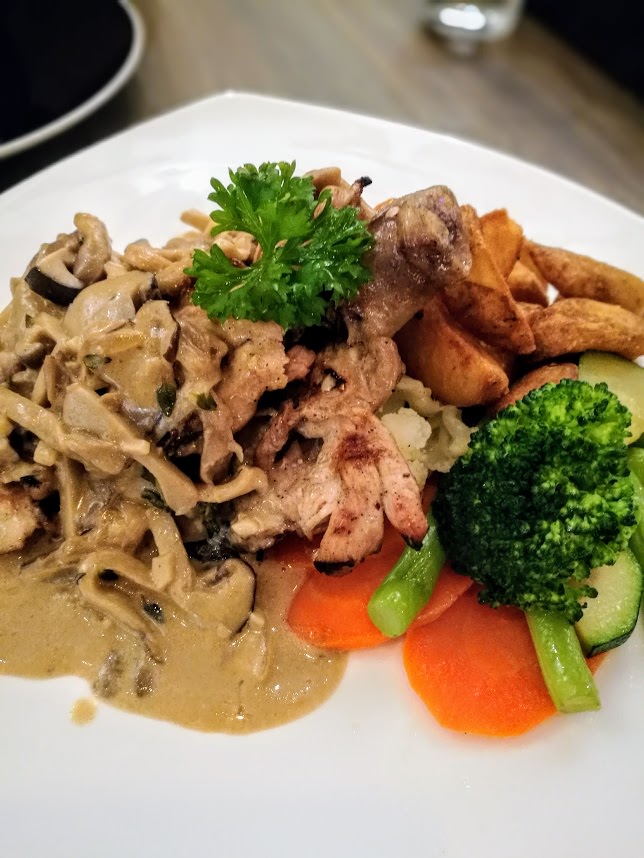 And steak for the hubs… 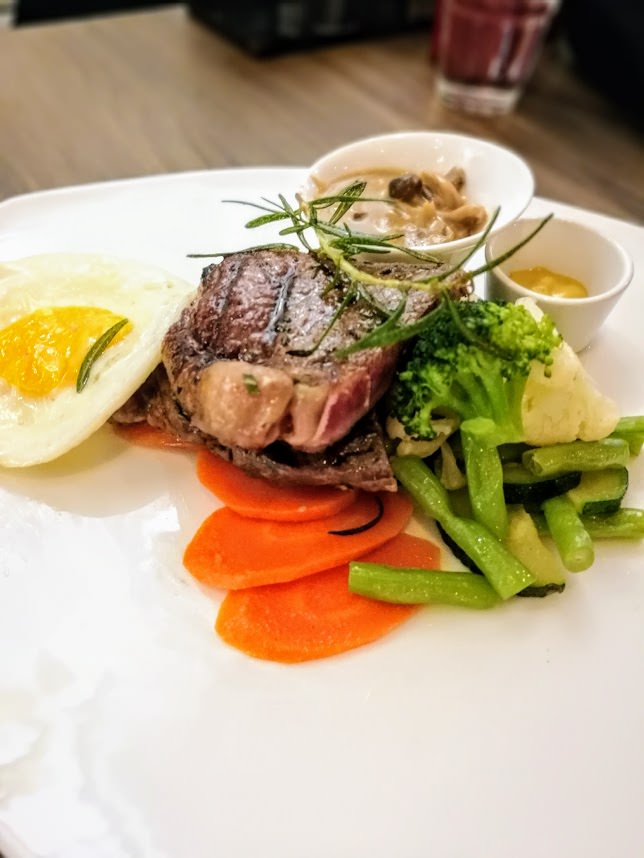 After our scrumptious lunch, I went to the supermarket to get some flour and yeast to make bread using the Tesco bread maker that my mum recently gave me. And the gourmand hubs bought 2 tubs of dark chocolate almond  Häagen-Dazs ice-cream 😮

It’s been over 9 years since I made my last  loaf of bread using a bread maker. I used to make one or two loafs of bread a week using the bread maker before Cass was born. After she was born, my life was literally thrown into the roller coaster as I was consumed with never ending worries and exhaustion  due to her health issues.  Thank God, her kidney reflux issue is now resolved.

Ok, back to foodie talk!

The first loaf of bread that I made using my mum’s Tesco bread maker was  multi-seed bread. As I could not find plain high protein flour at the supermarket, I had to substitute it with organic high protein wholemeal flour.  And the result was a very crusty bread.  Except for the rather hard crust, the overall texture of the bread was pretty fluffy. I love the assortment of seeds which gives the bread a nice chewy texture. I used sunflower seeds, pumpkin seeds, white and black sesame seeds. 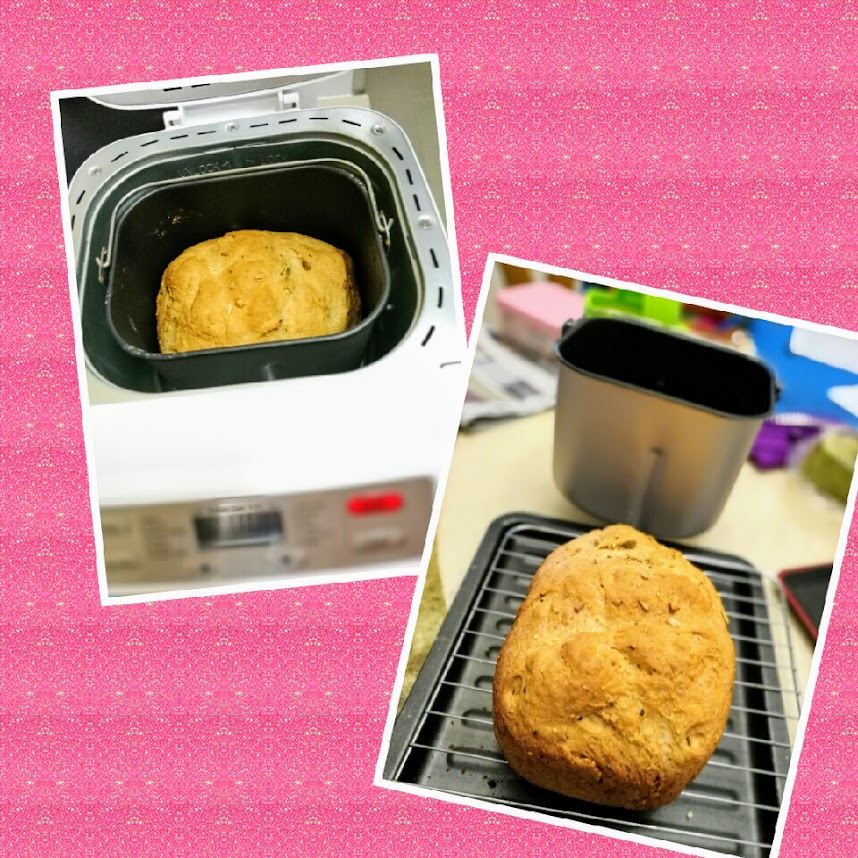 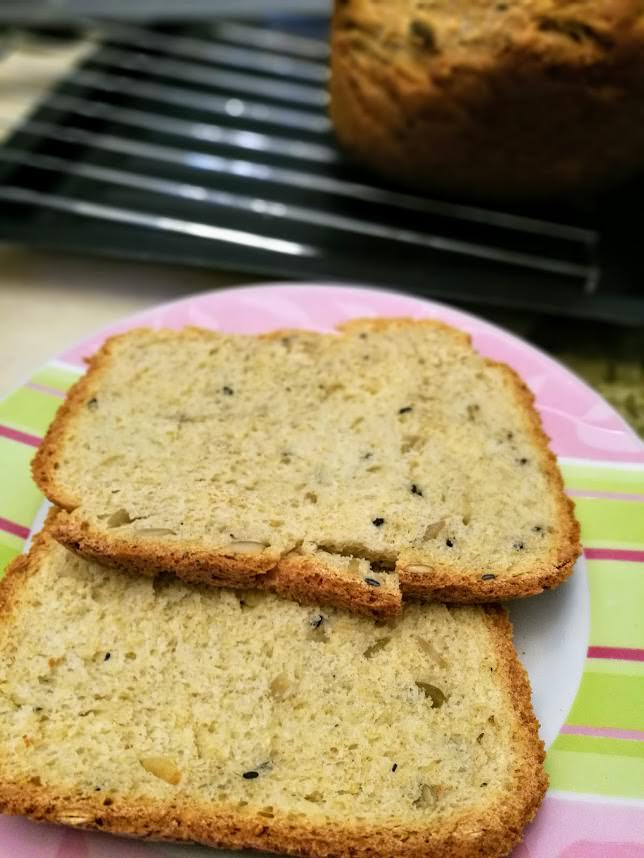 The next day, I made melted Swiss cheese with purple onions toast for breakfast for Cass and Drama Queen and they loved it! It’s impossible not to be in a good mood despite me prepping the toast for them at an ungodly hour at 5a.m. when the house smells like a pizzeria! Even waking them up at 5:20 a.m. was  easier when they could smell ‘pizza’ outside the room 😀 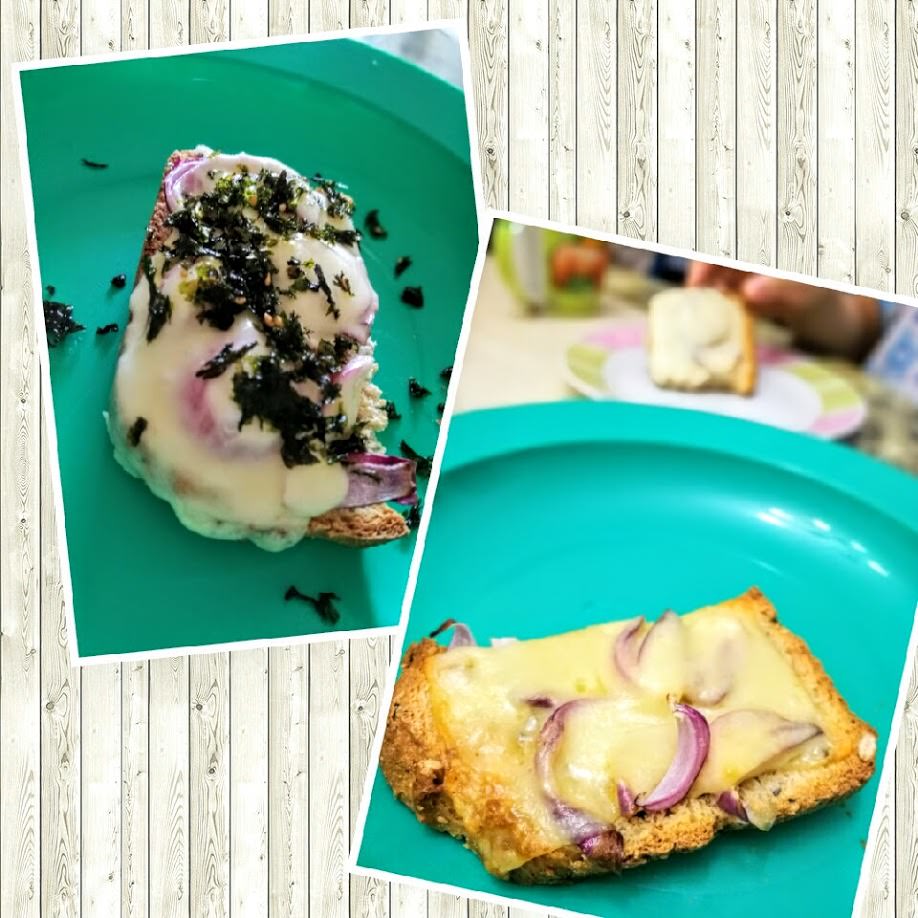 As I am typing this post, my second loaf of bread is baking in the bread maker. Keeping my fingers crossed that the bread will turn out soft and yummeh!