After the fatal heart attack incident at our apartment two days ago, many residents including me, were curious to know who the deceased was.  We only knew that he was a large size Indian man with a beer belly.  All the residents whom I bumped into asked me if the deceased was my opposite neighbor, an Indian bachelor who also has a pot belly; who is also a regular gym-goer; because rumors had it that it was him!  That got me and the girls really, really itching to know if it was indeed our neighbor! We hoped that it’s not him. He’s such a sweet guy, always surprising us with cakes that he buys from his Europe holidays. The latest gift from him was two months ago, a Marks & Spencer butter cream cake from London.

Then Cass suggested that I buy some fruits for our Indian neighbor before ringing on his doorbell to check on him. But puh-lease, that’s so not me.  And what do ya know? Two days after the incident, our Indian neighbor (like he could read my mind! Talk about the Law of Attraction!) rang our doorbell at 9 p.m. and gave us a big bunch of bananas!

When I was chatting with him at the door, I almost wanted to slap him on his arm and tell him (as if we were old friends) that I thought it was him who died at the gym but am so glad to see him at the door alive 🤣  And you know what, I think he had an ulterior motive too! Before he left, he asked me if I knew who died at the gym. I was so tempted to tell him “eh, everyone at our block thought it was you who died la!”

Hubs quipped that maybe our Indian neighbor also had the same curious thought on his mind – is that my neighbor who died (my hubby)?  Maybe that’s the reason why he came over in the pretext of giving us bananas, just to check on us (hubby). 🤣 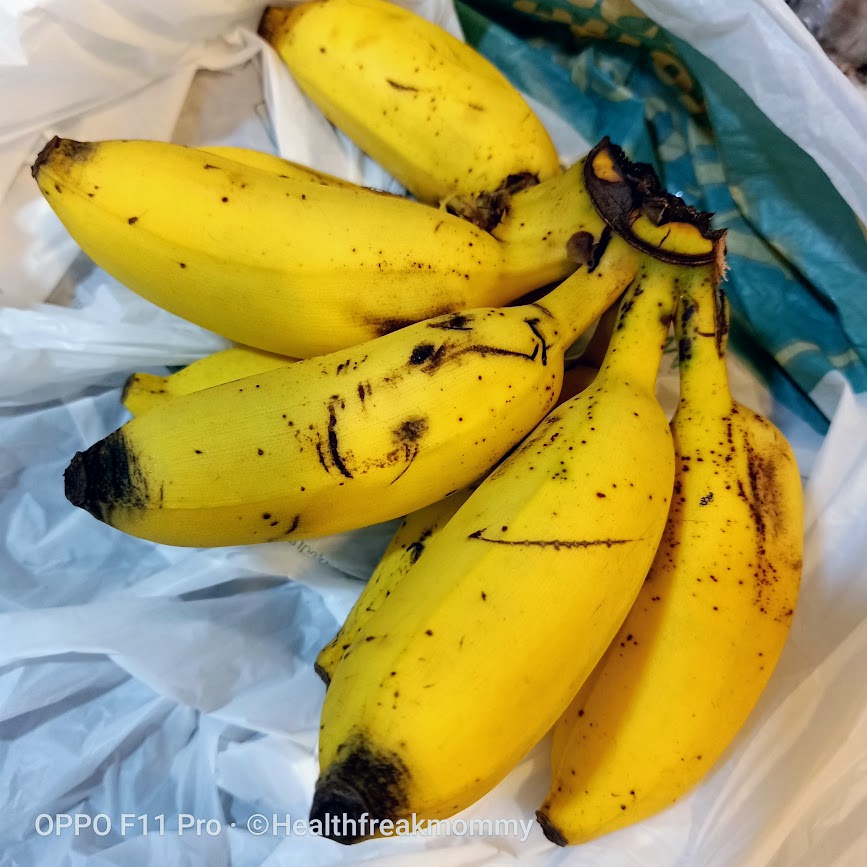 Sweet and juicy organic bananas planted by our neighbor’s workers at his land in Rawang.