Our baking queen went on a sudden baking frenzy again.  Just because her dad brought us to Lee’s Frozen to stock up on butter, UHT milk and whipping cream, her hands were itching to whip up a new recipe. And this is by far the yummiest bakes that she’d produced. Everyone including her very critical and fastidious dad (who could cook and bake and is in the food business) gave generous compliments on the cream puffs and chocolate eclairs which taste exactly like Beard Papa’s, I kid you not.

Alycia : Now we don’t have to go to Beard Papa’s anymore!

Cass : This is so good, the best ever cream puffs and eclairs I’ve tasted!
(she scarfed down most of the eclairs yesterday when both her sisters were at a dance workshop 😬)

The moment Sherilyn shoved a small wedge of the choux pastry into my mouth to ask me for my opinion, I was sold.  It was a winner. And I can’t believe that it tasted exactly like Beard Papa’s choux pastry!!

When the cream filling was ready and Sherilyn had finished pumping it into the choux shells, her sisters and I quickly sampled the cream puffs and we could not believe how much the taste is alike to Beard Papa’s. And Sherilyn kept commenting that baking them is a no-brainer! 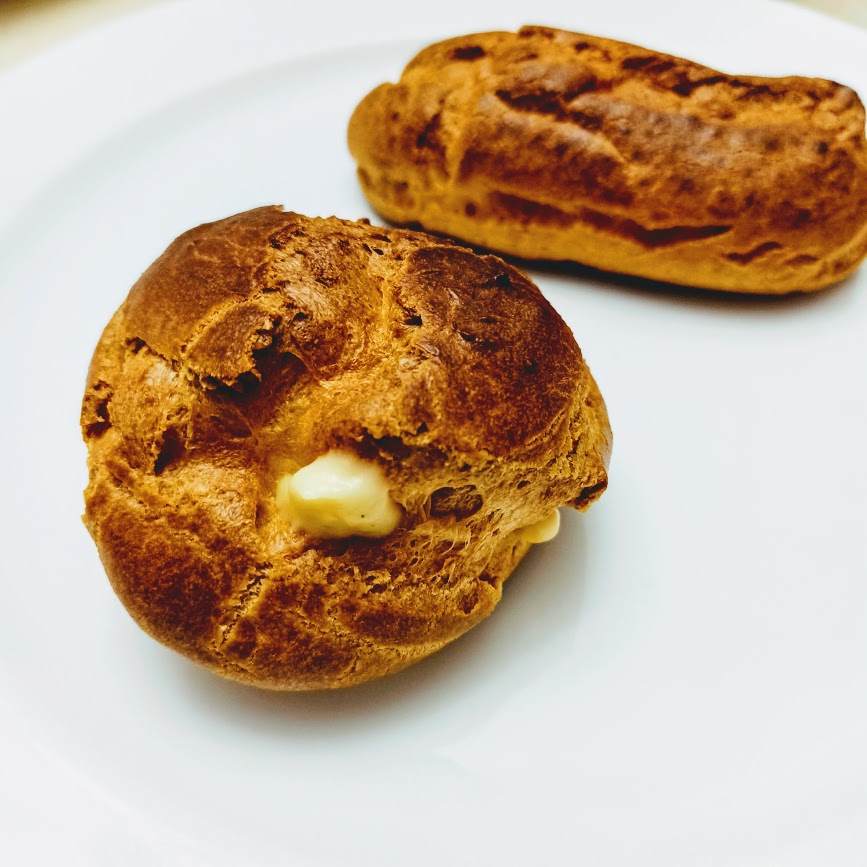 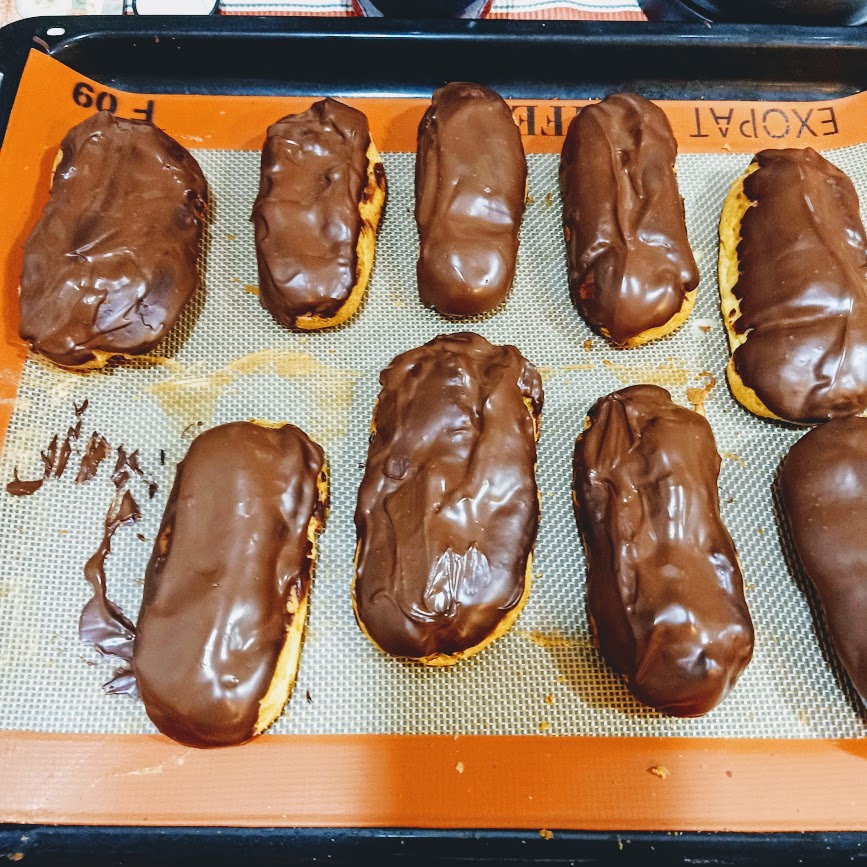 The chocolate ganache was only ready later in the evening and we only managed to sample the chocolate eclairs the next morning. Again, they tasted exactly like Beard Papa’s eclairs!  Munching on the eclairs put everyone, including moi into a very good mood. They were oh so comfortingly good. Everyone was munching and commenting how delightful they tasted while seriously pondering the possibility of grabbing another eclair and another, diet be damned! After all it’s the school holidays. 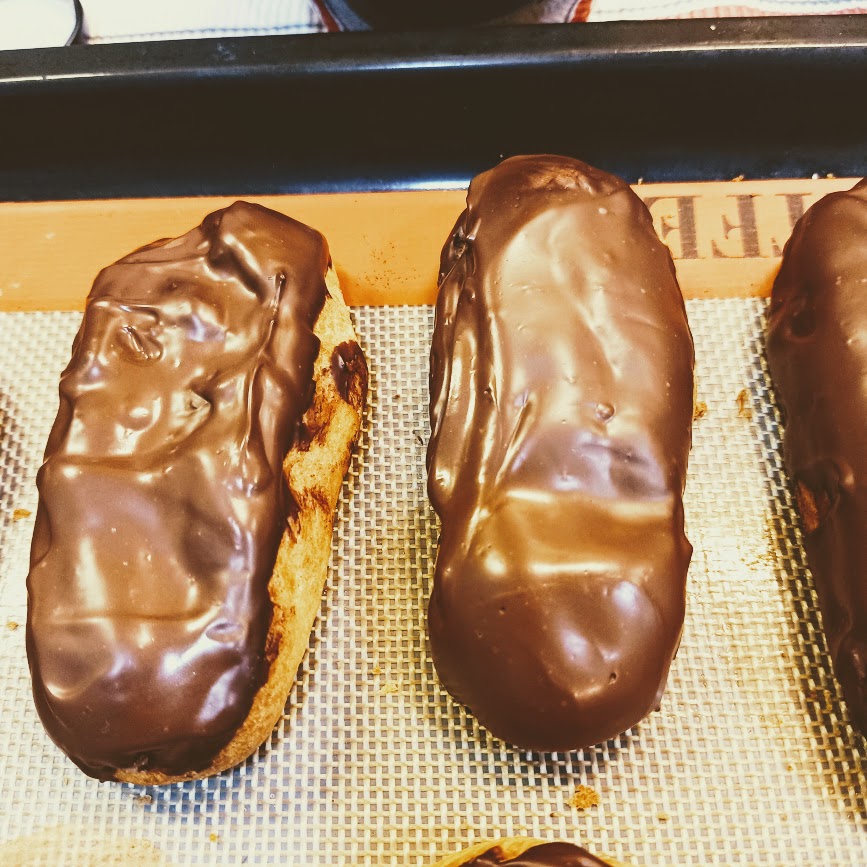 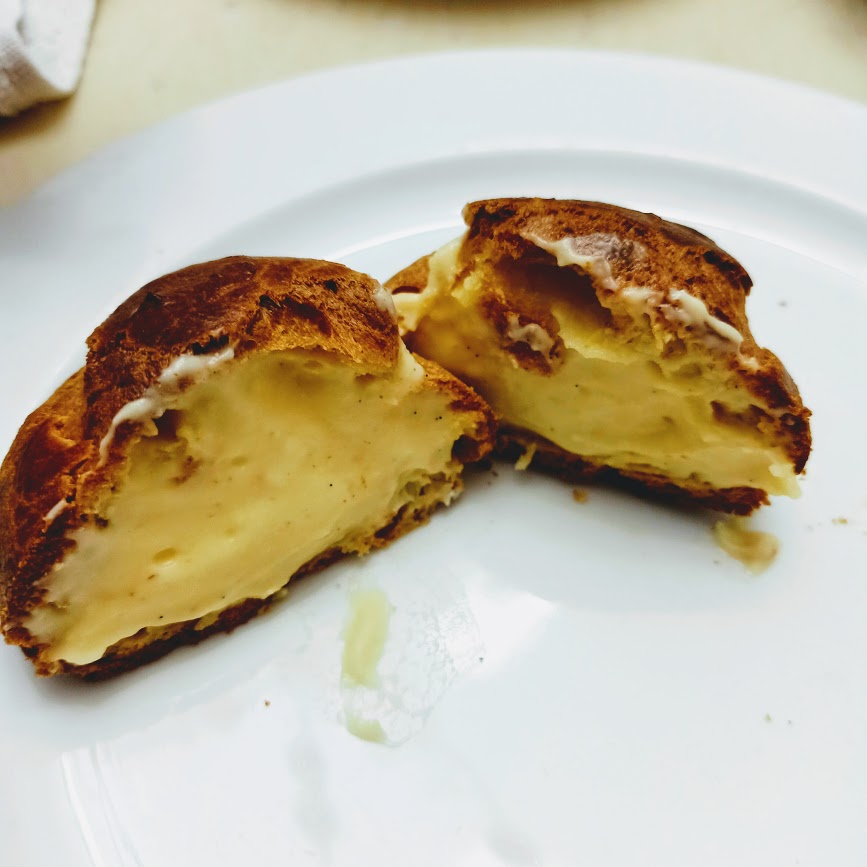 Fluffy eclair shells – delish eaten even on its own without any filling or chocolate coating. 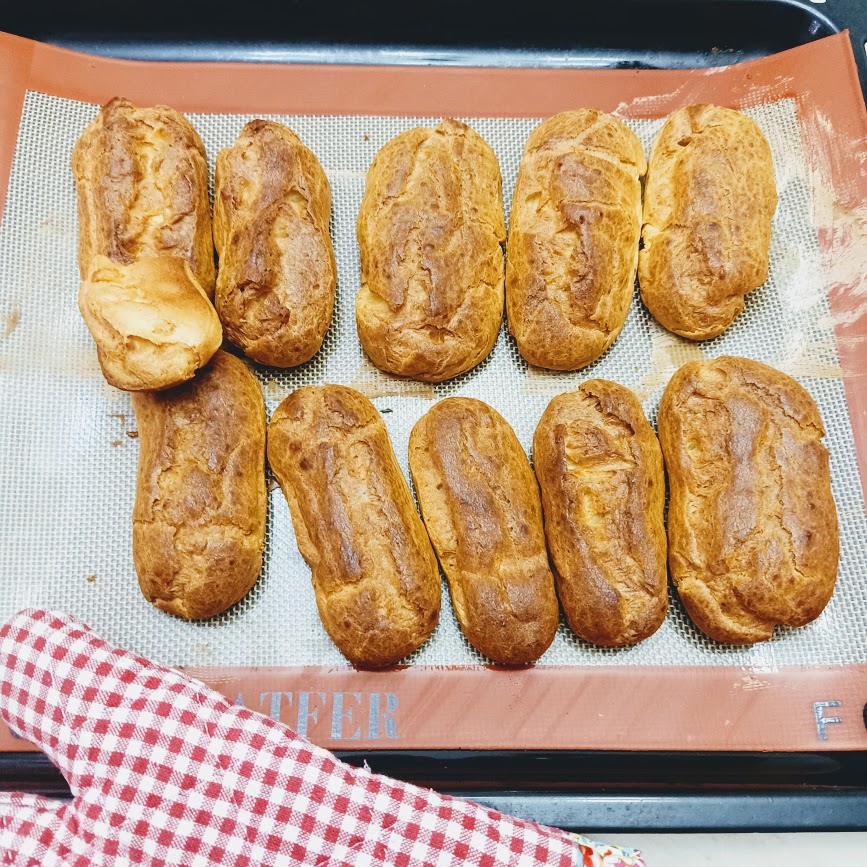 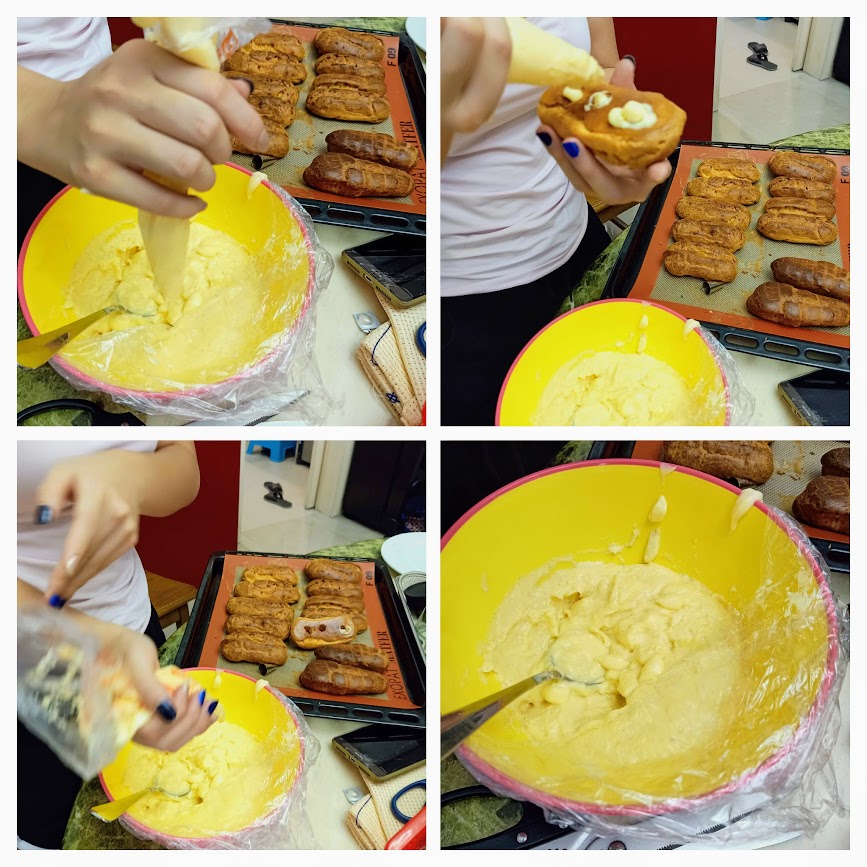 Chocolate eclairs to die for. Creamy on the inside, fluffy yet slightly crispy choux pastry coated with a thick layer of oh so chocolaty ganache made from Lindt 85% cocoa dark chocolate (sugar-free) on the outside.

What a hearty temptation that even the strictest of health freak can succumb to. And now I declare that my daughter’s cream puffs and chocolate eclairs have now made a place on my Kryptonite List, after milk tea and kuih 🤫 🤭 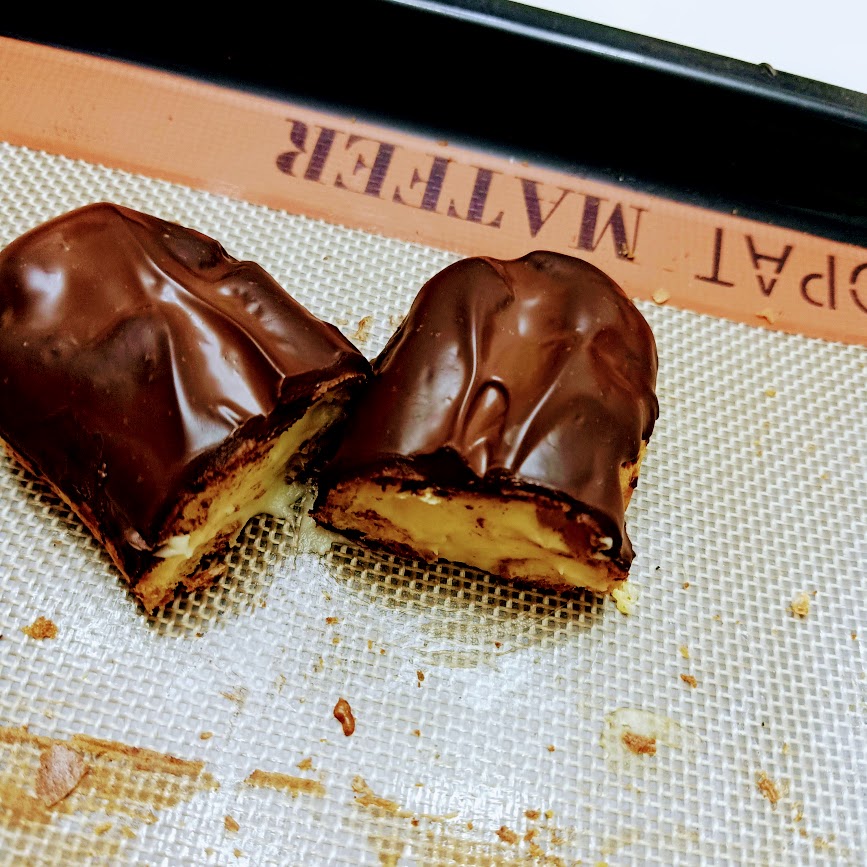 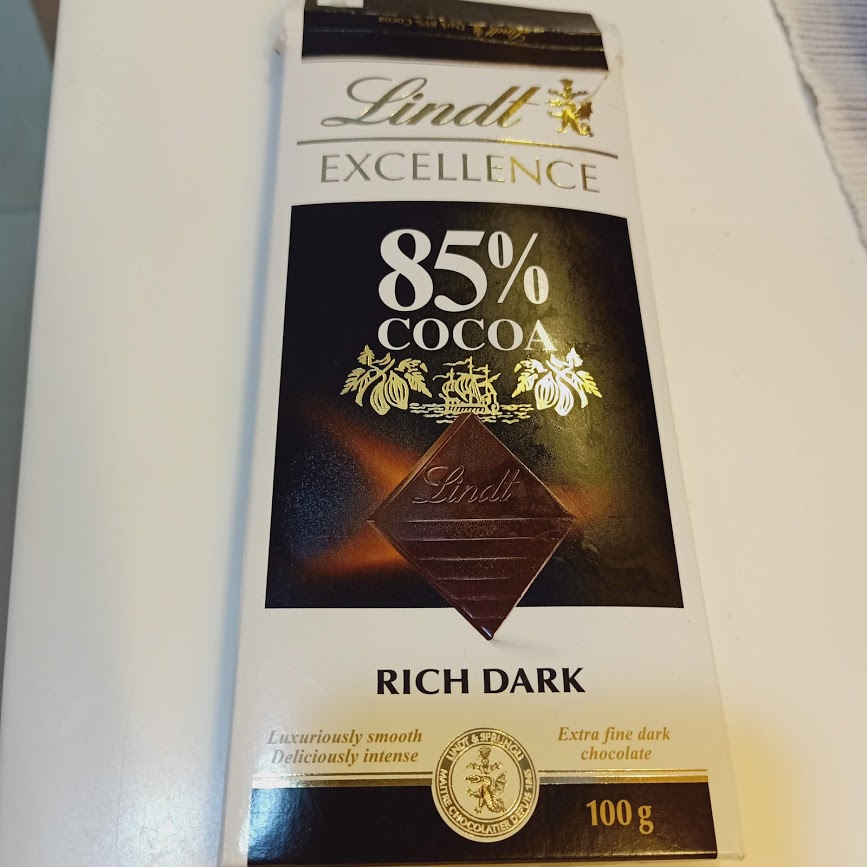