On Saturday, hubs brought us to a surprise venue for dinner!  We kept asking him where the venue was — whether it was at our neighborhood restaurant, at a posh restaurant or a regular eatery but all he said was “just dress up and get down to the lobby!”

The night before, we did mention to him that we wanted to go to our favorite ‘tai chau’ restaurant at our neighborhood for dinner on Saturday.  So thinking that he would be bringing us to this restaurant, we all wore the clothes that we wore in the morning (to the mamak restaurant)  for dinner.  Even in the car, he kept the surprise all wrapped up.  But we could guess the venue already  half way through the journey.   Jeng jeng jeng… he brought us to a posh hotel for buffet dinner, alamak!  So all of us, donned in our  house clothes walked into the hotel with slippers *coughs*.  I was hoping that I won’t chance into someone I know but as luck always has it, I did bump into someone I know at the buffet dinner!   Great!

So here we are, at the coffee house of Hiltan Sentral KL and dressed up shabbily and not a jot of make-up was on my pale face :O 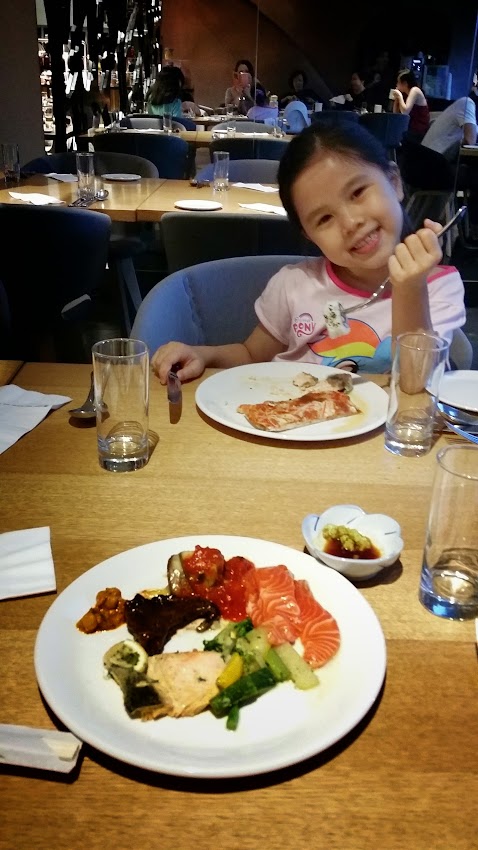 Sherilyn in her shabbiest tee but this girl could not be bothered a jot. She enjoyed her dinner thoroughly, diving in at the buffet counters umpteen times. 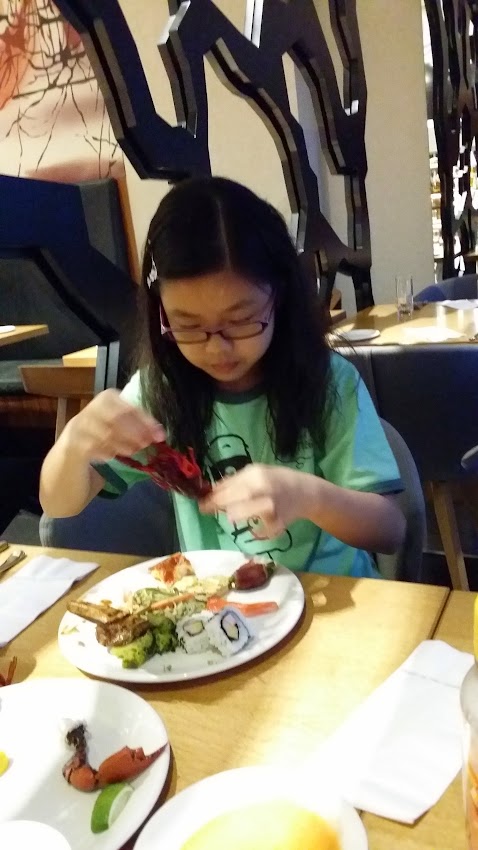 Someone mentioned that he ain’t going to touch prawns and sea food for the next 2 months after over-doing on seafood in Penang just 2 weeks back. But look what he got… 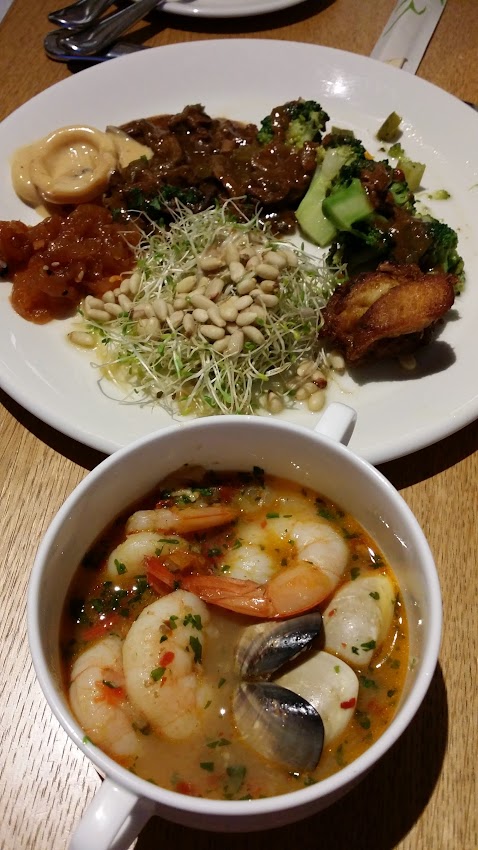 For over a hundred bucks per person for the buffet dinner, hubs and I said that it ain’t worth it as we are but small eaters now.  We were there to utilize the complimentary vouchers that came with his membership with the hotel.  Of late, we cannot really pig out on food anymore.  It must be that we are aging!  We used to do hotel-hopping yonks ago and ate like a horse in buffet lunches and dinners.  He had membership with half a dozen of hotels back then but has since cut down to only two.  Buffet meals are just not the way for us anymore. We are now inclined towards kosher meals and indulging in some ‘sins’ occasionally 😉