This is a must read post for everyone! It could save you from trouble, inconvenience and loss of money.

Scammers are ubiquitous lately. Who knows, as I’m typing this post, a scammer is already lurking around waiting to hack my blog or post a scam comment.

While I was in slumberland  early today, some crooks stole my credit card number and made two transactions in the UK.  The transaction was for purchase of some digital items from Argos Milton Keynes, one of  UK’s leading digital retailers. Perhaps the purchase is to facilitate this scammer to perform more frauds and scams on me and other new victims.

My entire morning was spoilt the moment I woke up to prepare the girls for school. I received a text message notifying me that a transaction had been successfully made with my credit card for GBP328.94 and GBP0.01 for Interparcel service.  This crook had made a purchase with my credit card and paid for shipping with the card.

In fact, some three weeks ago, I received a text message informing me of a successful transaction for GBP0.01, also for Interparcel.  I didn’t have a cloud of suspicion that it was an attempted fraud as the amount is only for 0.01 cents and I thought that it was for my Waterfall D-Mannose order from the UK which I made during that time.  Now that I know it’s a scam, the crook must have been up to his sleeves trying to hack into my credit card since three weeks ago!  Bog off bastard, your unscrupulous acts will soon be exposed and be prepared to stew in your own juice!

After my morning exercise and shower, I quickly made a call to the bank to report on the fraud.  My credit card was blocked immediately and a new card will be sent out to me. I still need to call the bank again 5 days from today to validate my dispute. And the new card will only be sent to me next week.  Hate the inconvenience!

I pray that the crook’s days of scamming will be numbered and may he face the long arm of the law and get what he deserves!

On another scam incident which happened last month, I received a message from a school mate (my bff’s  younger sister) via Facebook Messenger with this brief message that lured me into clicking on a link to a video, thinking that I was the ‘star’ in the video.  I couldn’t view the video anyway. 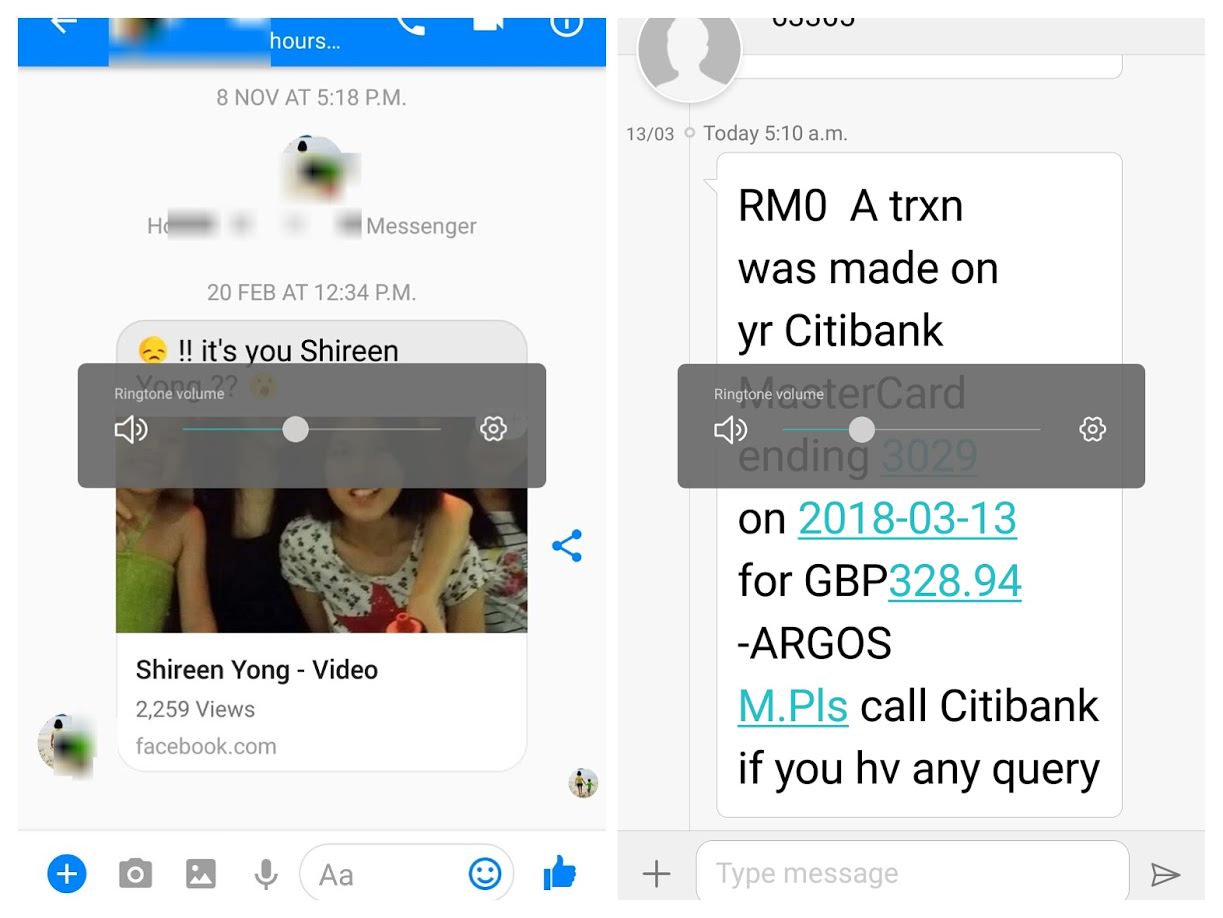 More on scammers!  In December last year, while I was back in Ipoh for a holiday, I received an overseas number on my mobile phone. Thinking that it was my mil who was trying to call us from New Zealand, I tried to answer the call but there was no reply on the other side. This happened twice and I didn’t have the slightest sneaking suspicion that those were scam calls.  A month later, the hubs showed me his phone bill for two overseas number and asked me who I called.  He was charged RM70 for each of the call. Again I was scammed!  Bastard, go rot in prison and leave our hard earned money alone!

Peeps, be very wary of messages from Facebook Messenger, Whatsapp, text messages and unknown telephone numbers. Even when you have the slightest sneaking suspicion that something isn’t 100% right, take action pronto. Do not be the next scam / hack victim.

4 thoughts on “I Got Scammed”