Alan Yun, our close friend of over 2 decades finally tied the knot on 19 January 2019.  Hubs and I have been waiting for this day for so long!

The wedding was held at Zion Lutheran Church @ Brickfields. I was there with Cass and Sherilyn; Alycia had to be in school and was disappointed that she couldn’t attend Alan kor kor and Emily che che’s wedding. 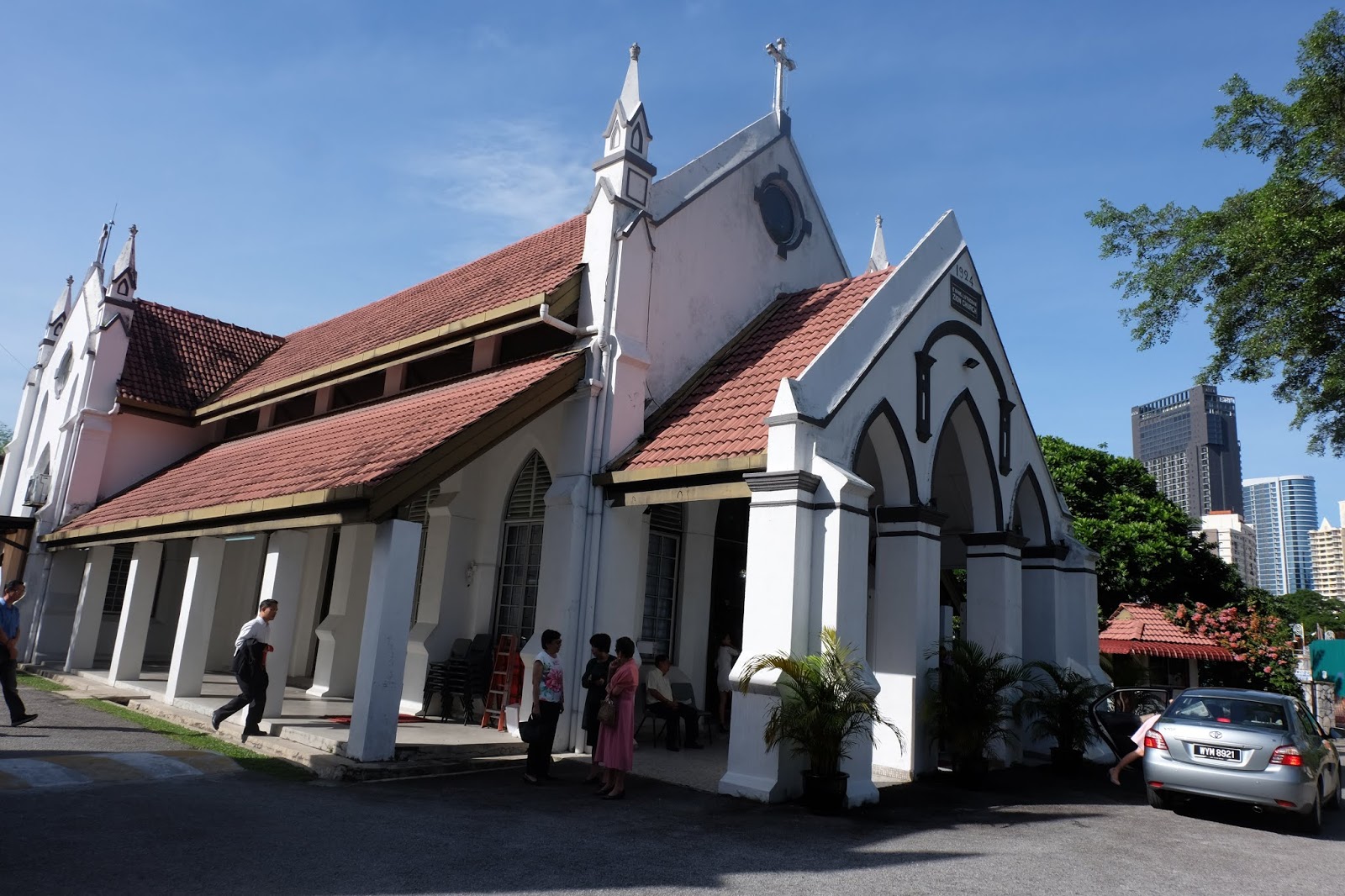 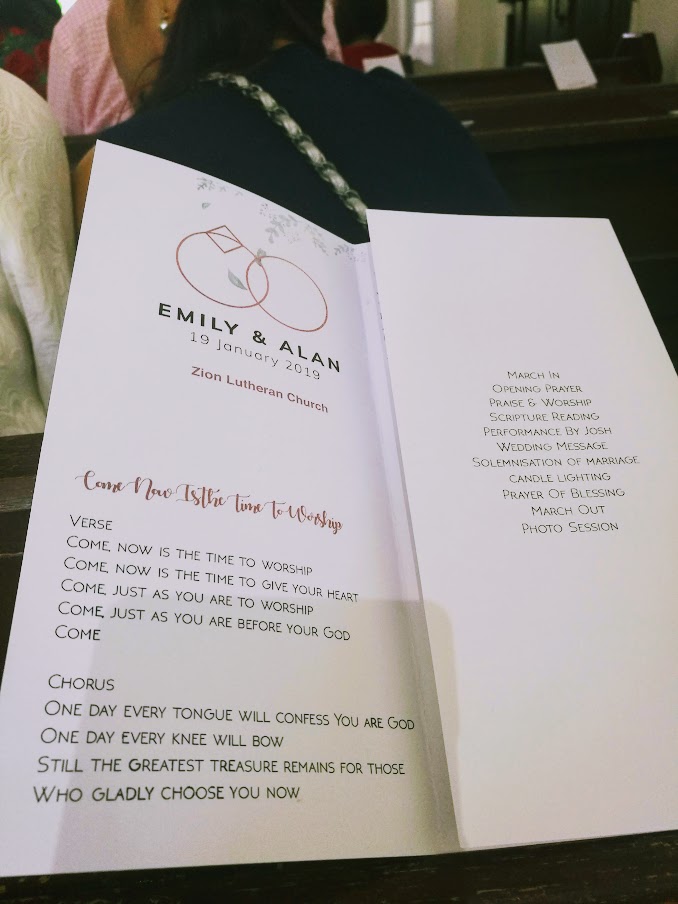 Can you spot the hubs? The most ‘compact’ one haha! 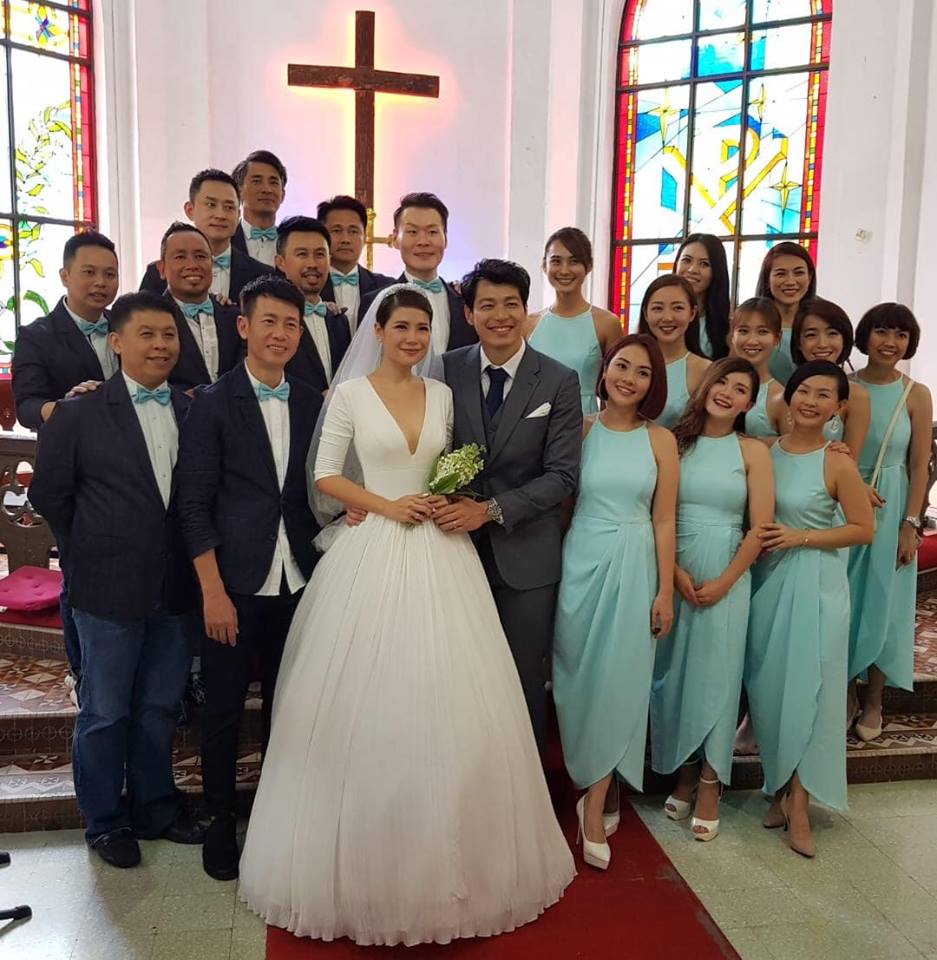 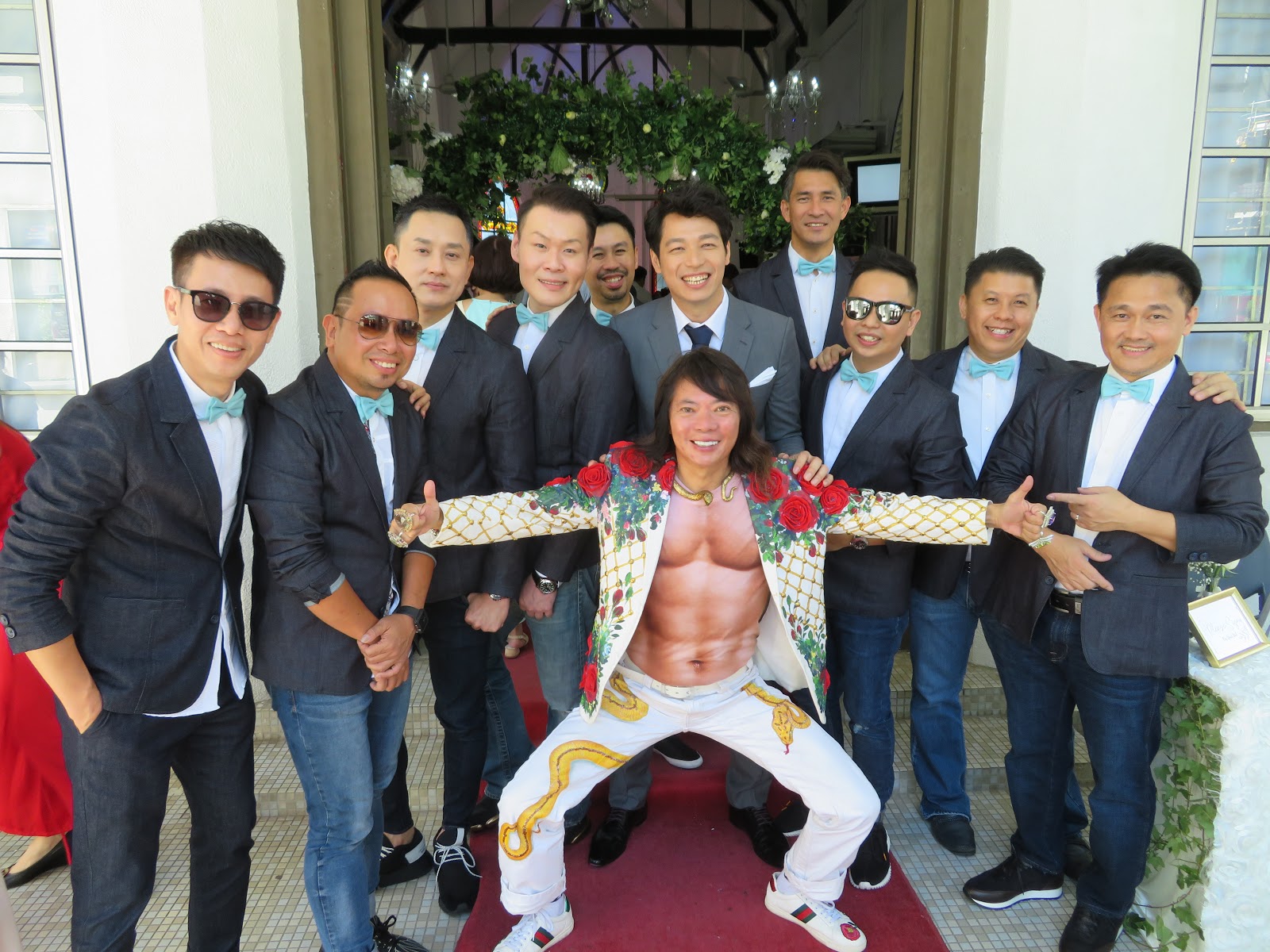 When Alan Yun saw his beautiful wife Emily walking towards  him at the altar, tears swelled and he tried to control his emotion. But when he had to take the wedding vows before the pastor, he abandoned his attempts as he shed tears of joy at the vision of all the guests in the church. It was a very touching moment indeed. The hubs who was seated at the front seat along with the other ‘heng tai’ (‘brothers’) shed tears too. In fact, Alan Yun made everyone shed tears of joy and emotions. Told you he’s a very good actor!  Nah, this time it’s not crocodile tears but genuine tears.

Can you spot the hubby in the picture below?  No, not the guy wiping his tears. That’s Nelson, Direction of Pensonic, who is a good friend of both the Alans – Alan Yun the groom and Alan Yap the hubs. 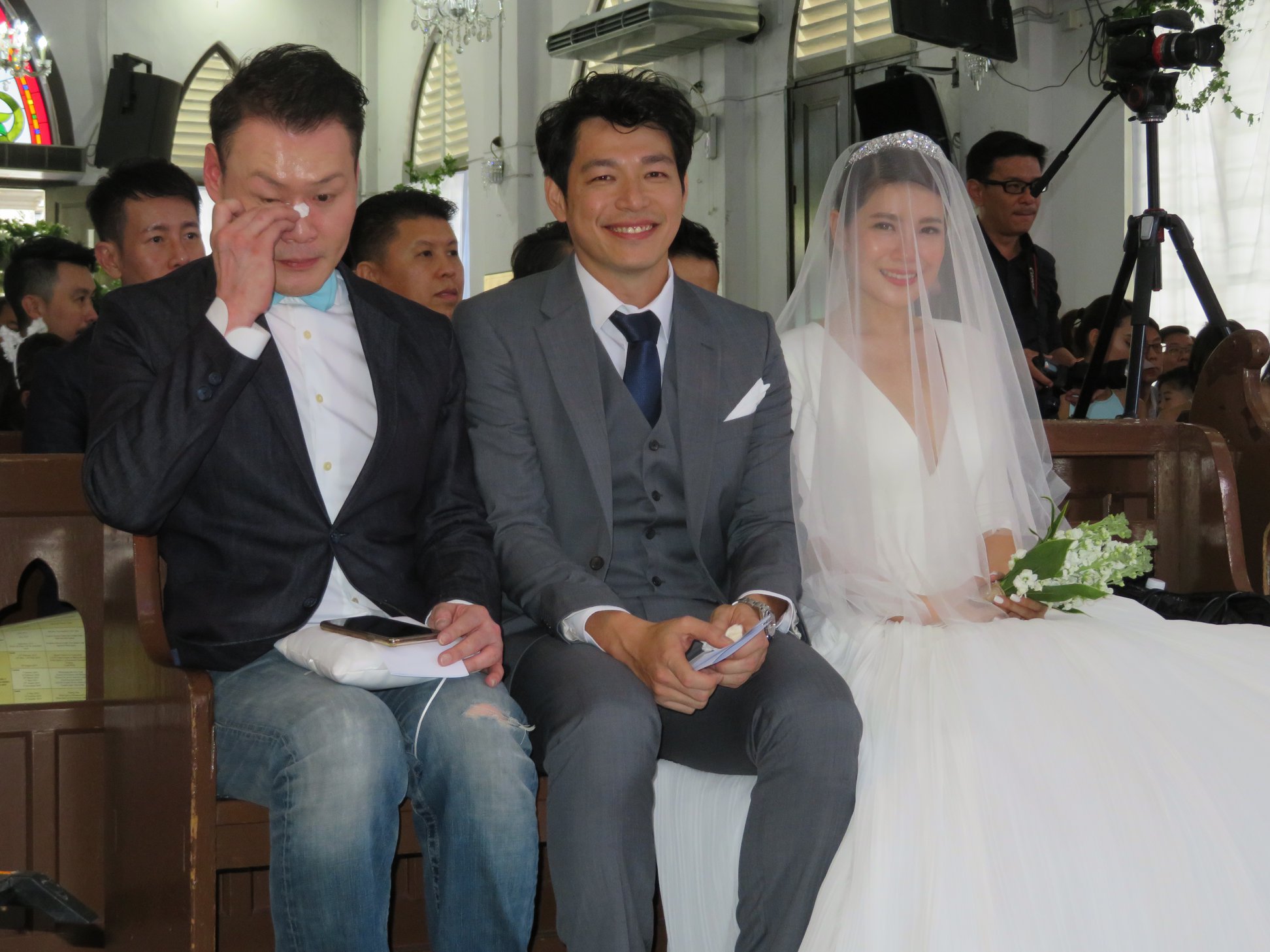 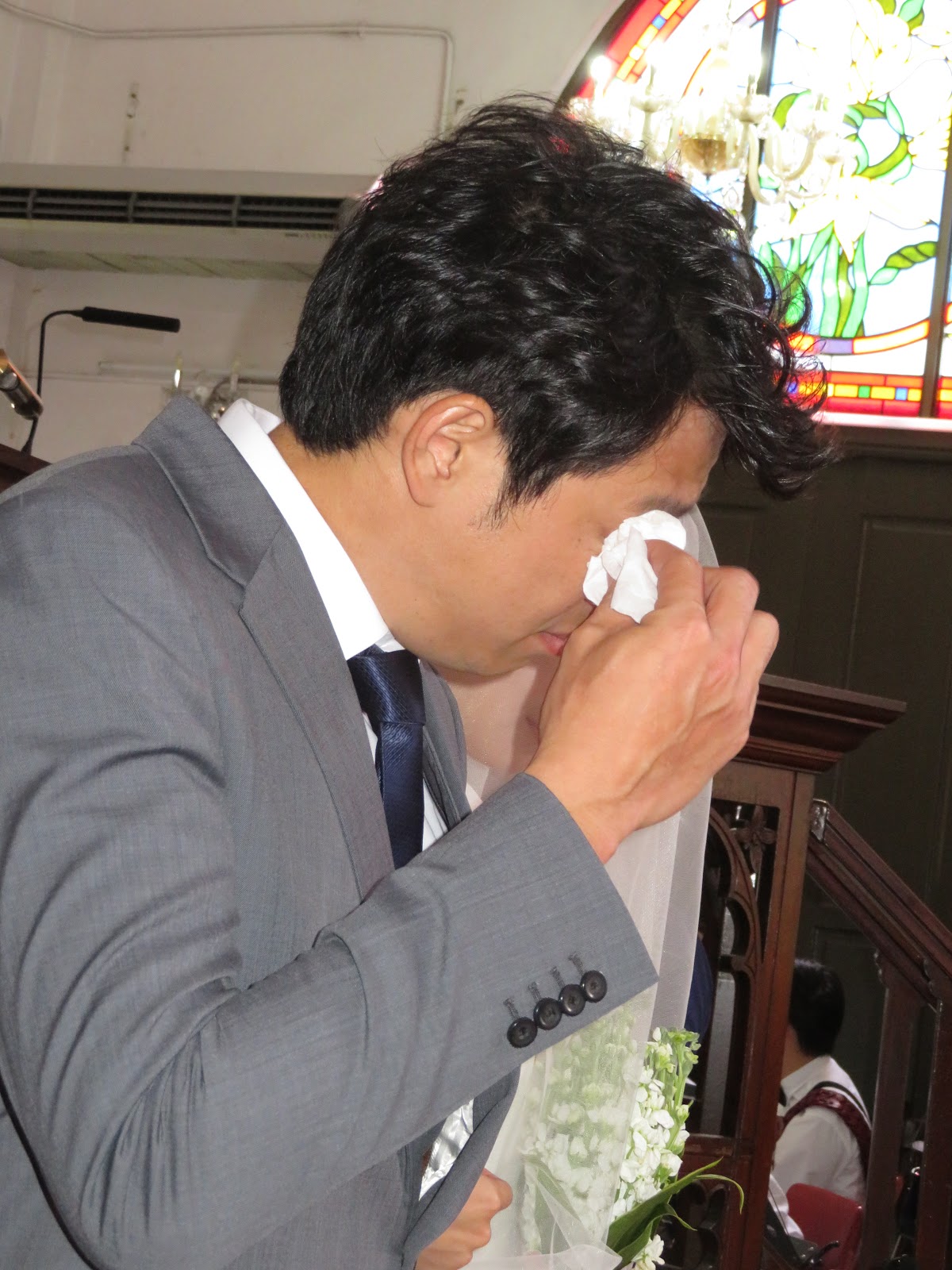 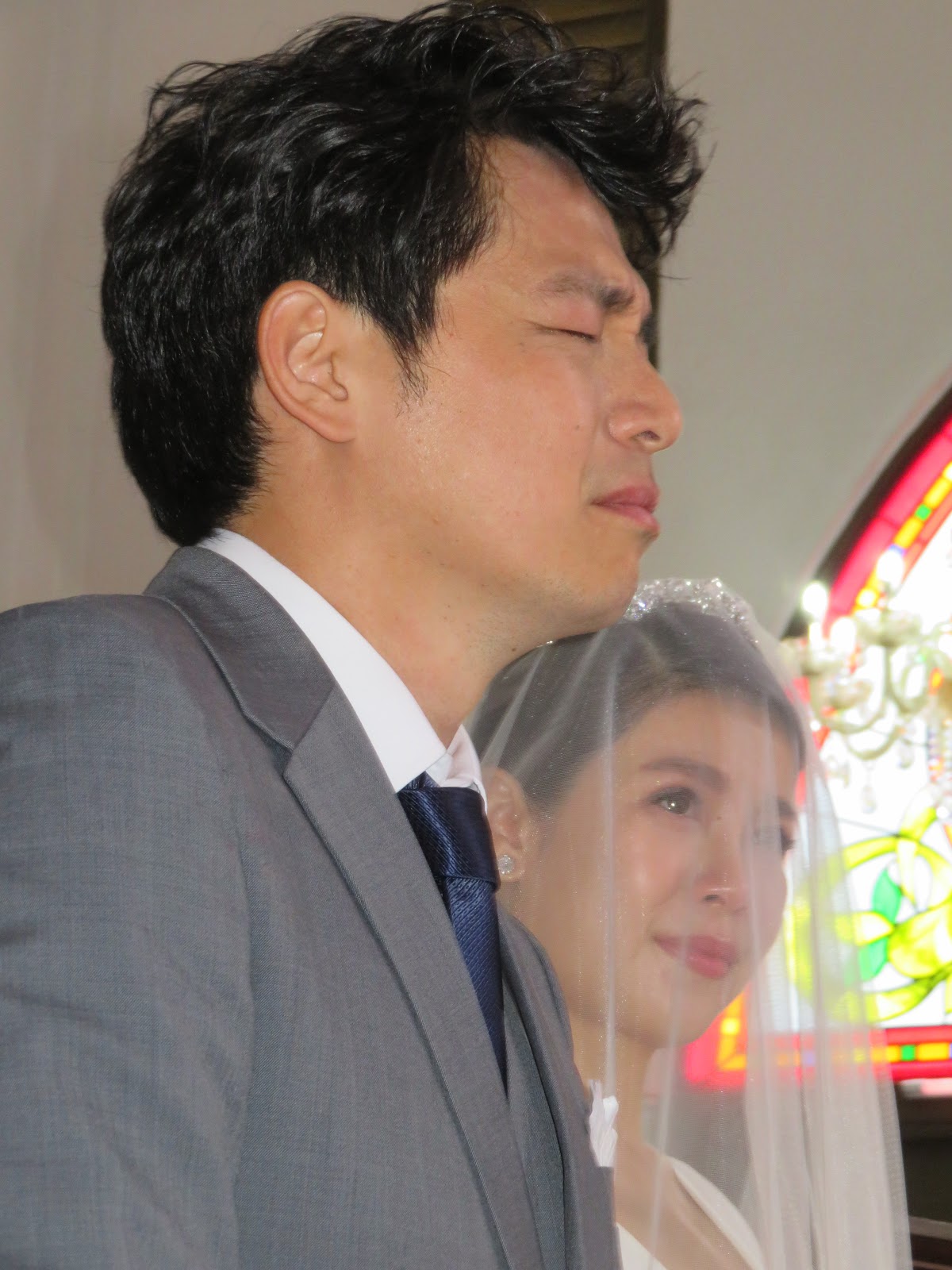 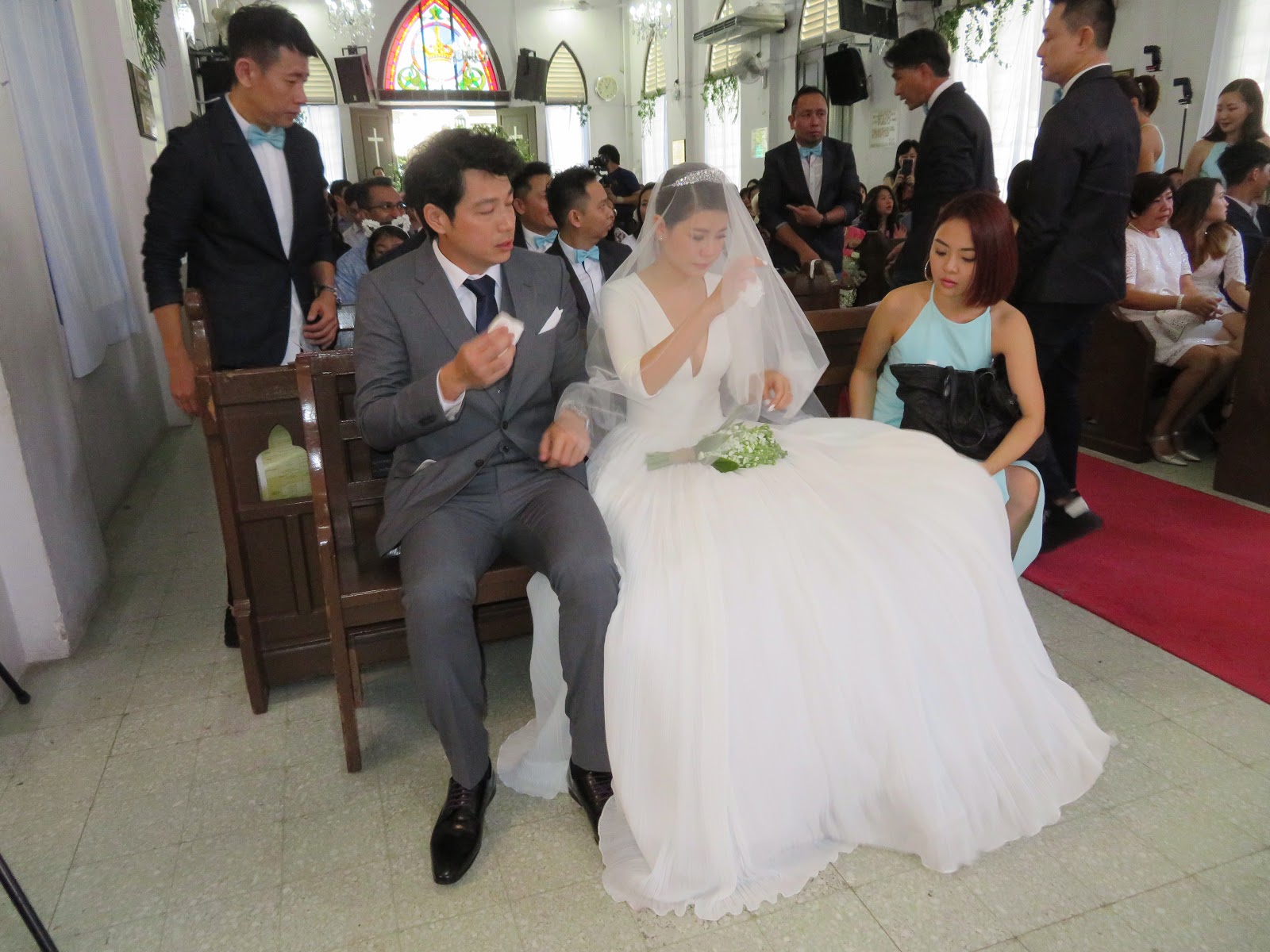 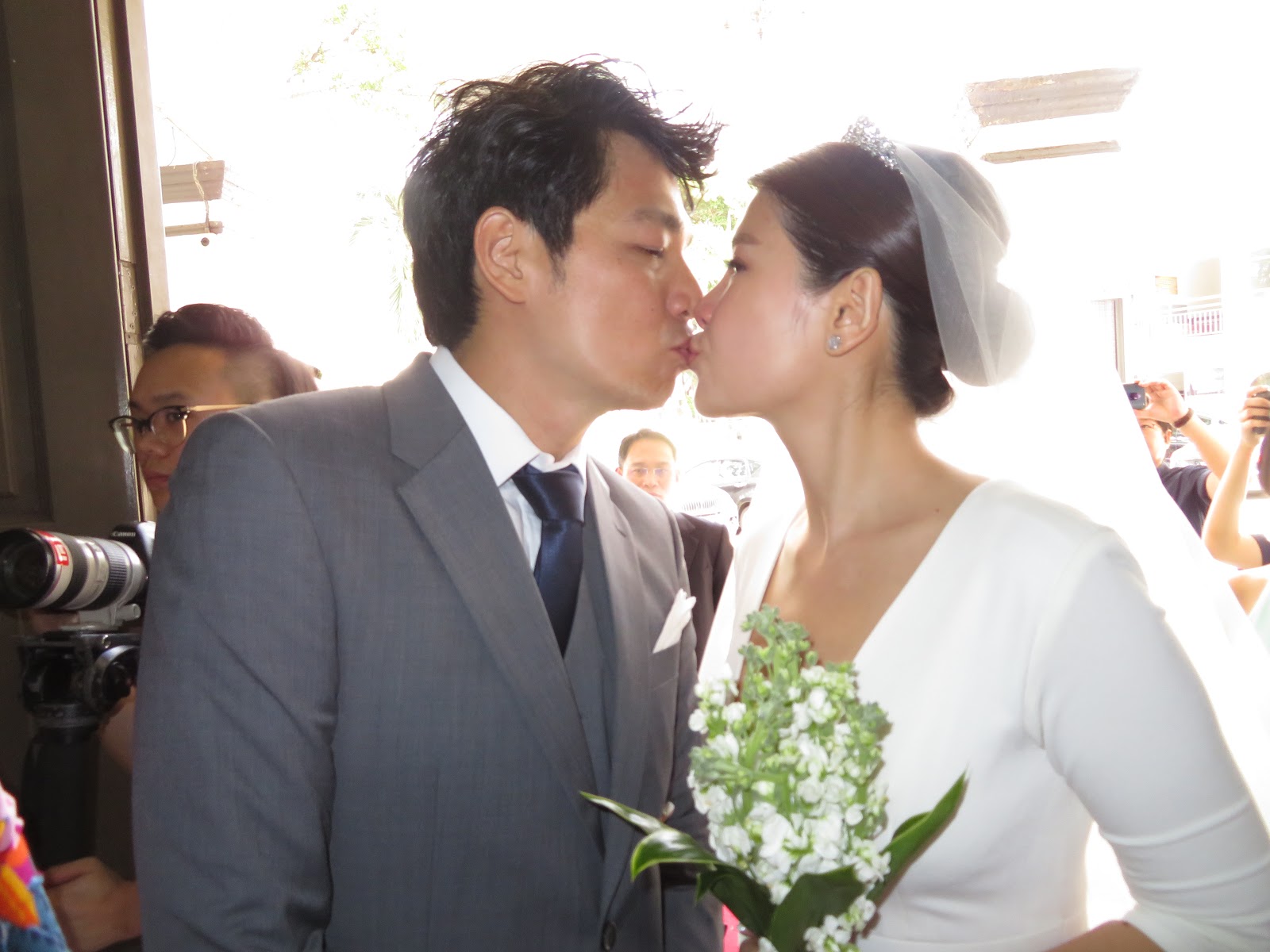 A page snapped from the wedding album ~ the couple with Limapulo: Baba Can Cook executive chef John Tan.  Alan Yun and uncle John are the owners of this award-winning Baba & Nyonya restaurant. Limapulo serves one of the best curry laksa and nasi lemak in town. We all love the food there, especially the homemade sambal and curry laksa. 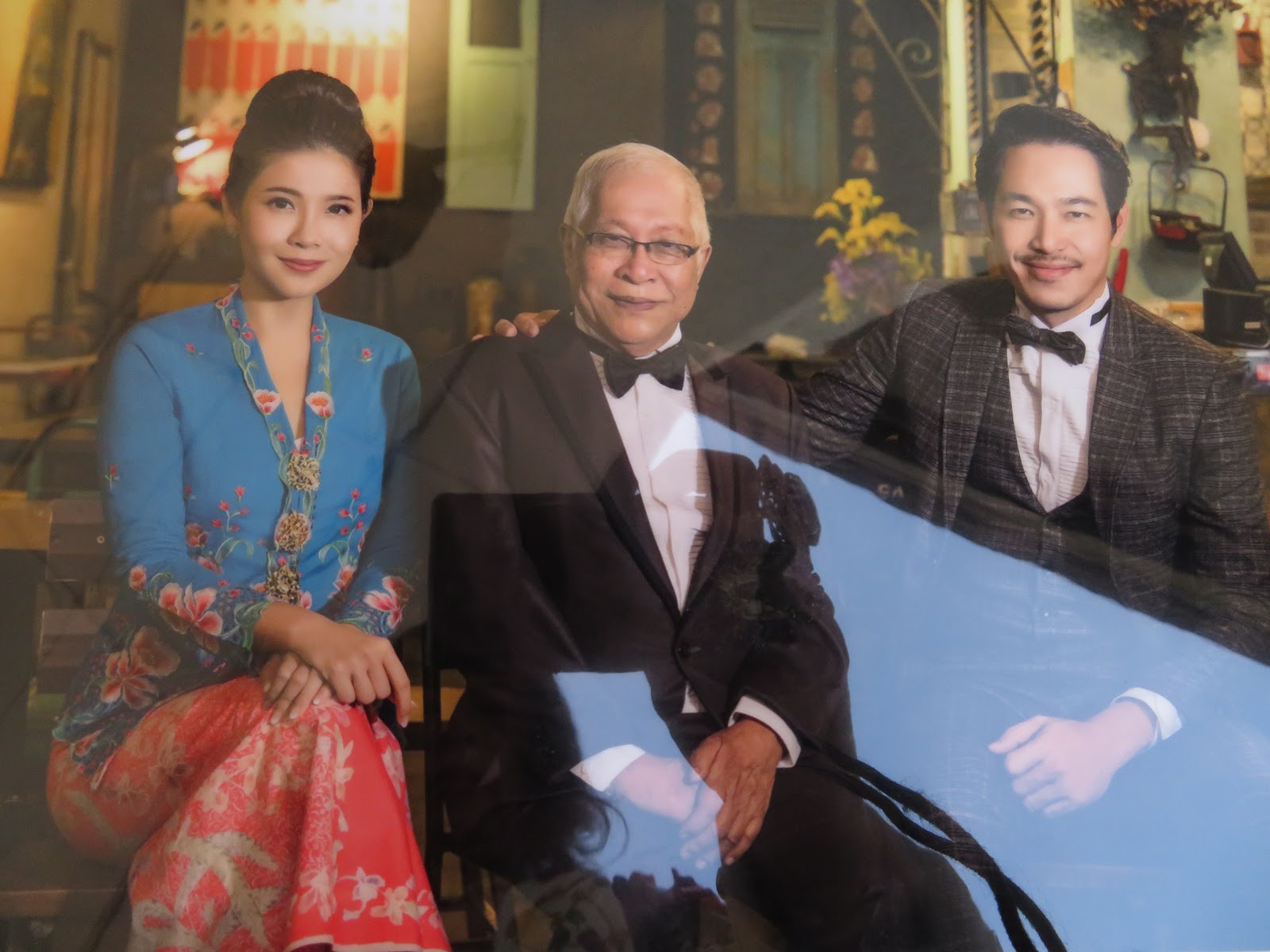 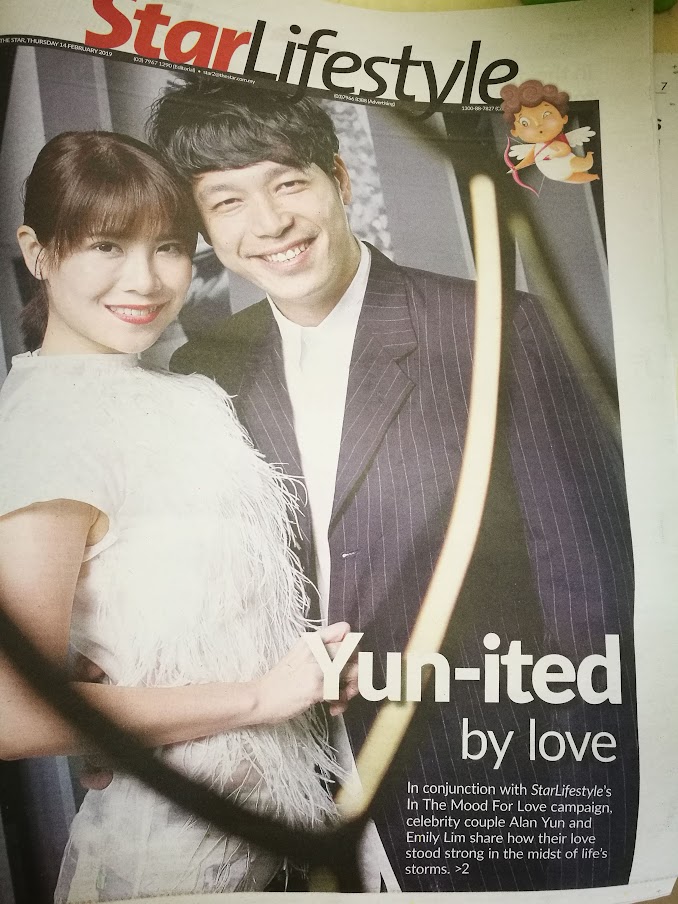 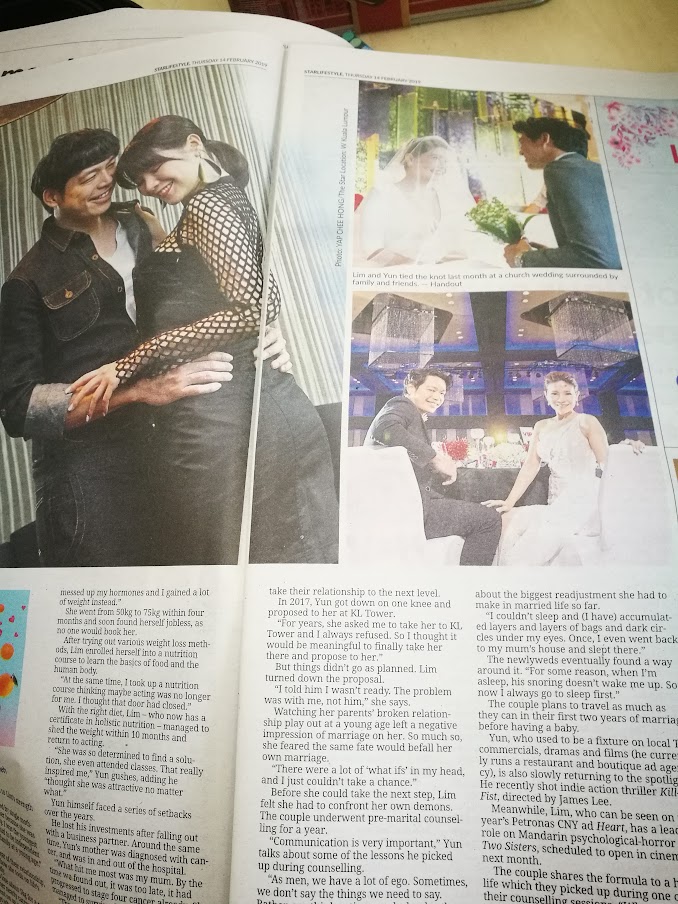 The hubs had to bear the worst brunt of all the ‘chi mui’ (bridesmaids) during the ‘groom receives bride’ ceremony. It’s a Chinese custom where the bride’s ‘chi mui’ aka bridesmaids would set a long list of obstacles for the groom to tackle before he can lift the veil and kiss the bride.  And the groom’s ‘heng tai’ (best men) would come to the rescue by tackling the hardest obstacles.  The hubs, who was blind-folded was stripped off his shirt and had his tits zapped with masking tape by the group of pretty young things. The video of him being ‘tortured’ was uploaded on social media! 🤣

Heartiest congratulations once again Ah Lun and Emily!  Wishing you a lifetime of love and happiness. And may the love you share today grow stronger as you grow old together. We can’t wait for you and Emily to have a baby soon!!