Today is payment day to the girls’ tuition centers and transporters, all done via online banking since last month. Though there is still no formal directive from the Government on bus fare to school transporters throughout the MCO, there was however an opinion by a Minister in the newspapers recently that parents do not have to be obligated to pay the fare throughout the MCO and CMCO.

Last month, Alycia and Cass’ transporters sent a Whatsapp message to me requesting for a half month fare to be credited into their bank accounts.  Initially I was a tad reluctant to pay as I have not been using their services since 18 March and I had paid them a full fare for March.

But if I, as well as the rest of the parents don’t pay at least a half month fare to these transporters, where are they going to find the money to feed their families and pay bills? As the half month fare is only RM125 and RM100 respectively, I agreed to pay the transporters every month, throughout the MCO.  I’ll just treat it as a good deed.  None of us are prepared for this totally unexpected pandemic. Never in my most frightful nightmare would I have dreamed that I would have to go through World War 3.  I hope that the half month fare will sweeten the transporters’ days a little because life is tough and bitter for most of us during this difficult time. Some people lost everything during this war — the businesses that they worked so hard to build just collapsed overnight without any warning.

For lunch, our baking queen cooked mushroom pasta using fresh Portobello, dried Porcini, onions, ground black pepper and a few tablespoons of champagne.  The outcome was superb! The splash of champagne added an extra edge of flavour. Restaurant secret!   And the flavorful Porcini, which is the Porsche of mushrooms imparted so much mushroom flavor to the pasta. 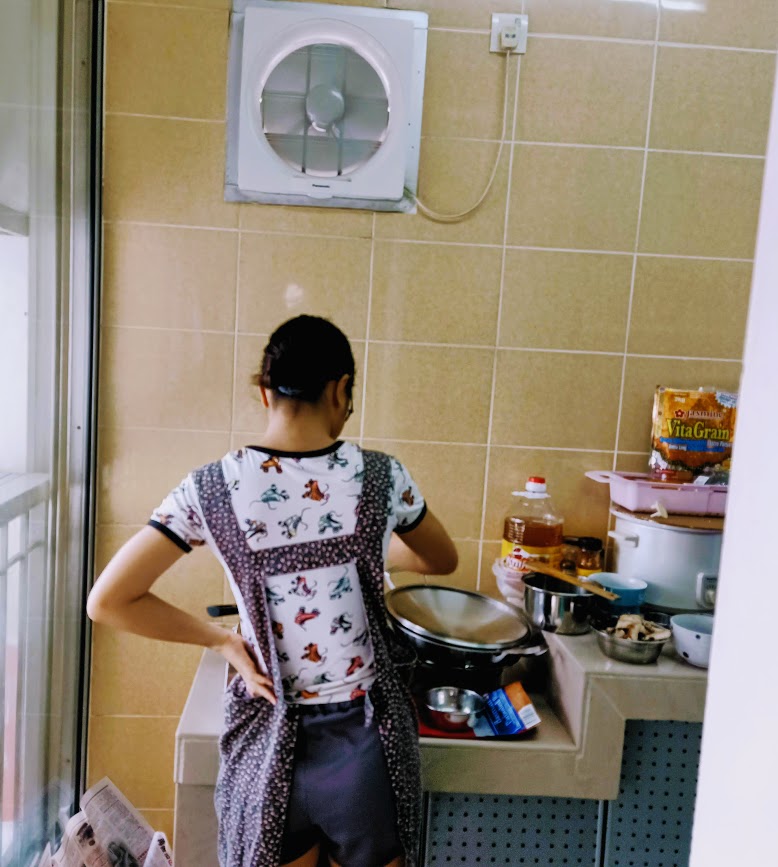 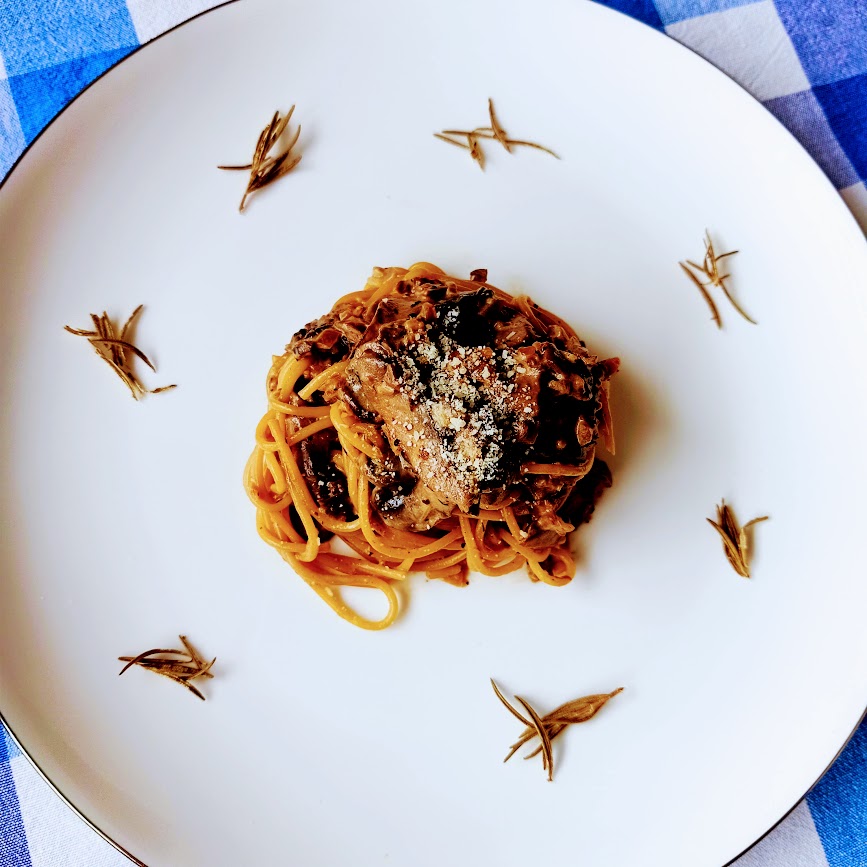 Future celebrity chef in the making but this girl says she will never choose cooking and baking her choice of study in uni or core area of specialization in future. Her passion is in dancing and she’s bursting with creativity. 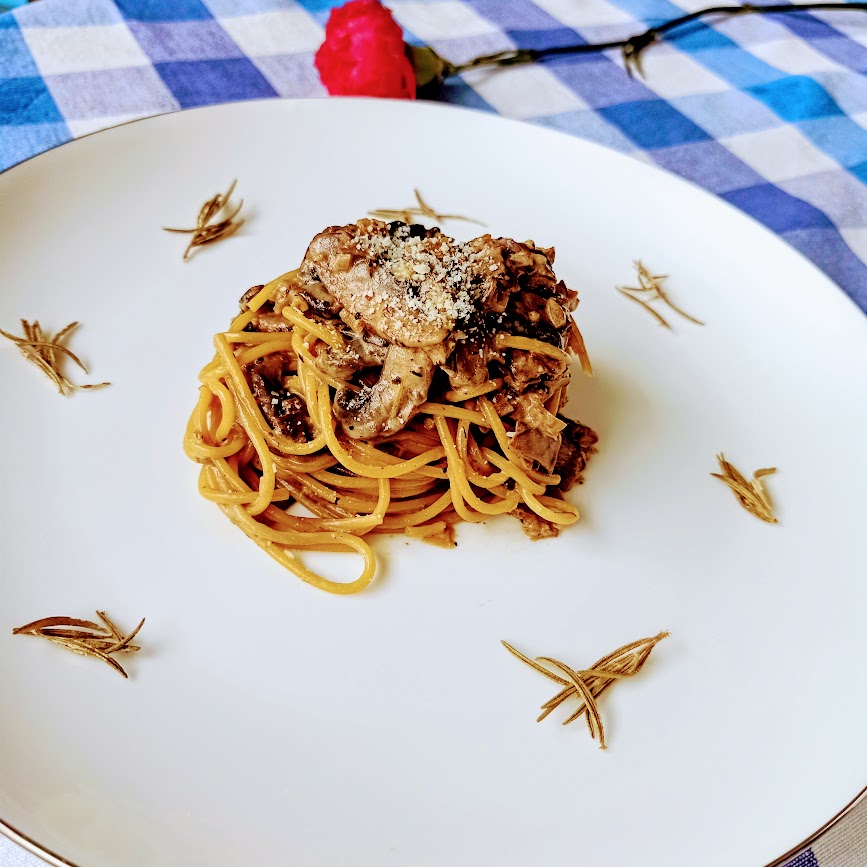 She whipped up this impressive matcha oat bowl for herself for breakfast. Lately, Sherilyn and I are experimenting with food photography and I’m considering buying a special lighting gadget for photography. And heck, I really need a better  phone with high end camera feature!  Huawei, I’m waiting to get you again! 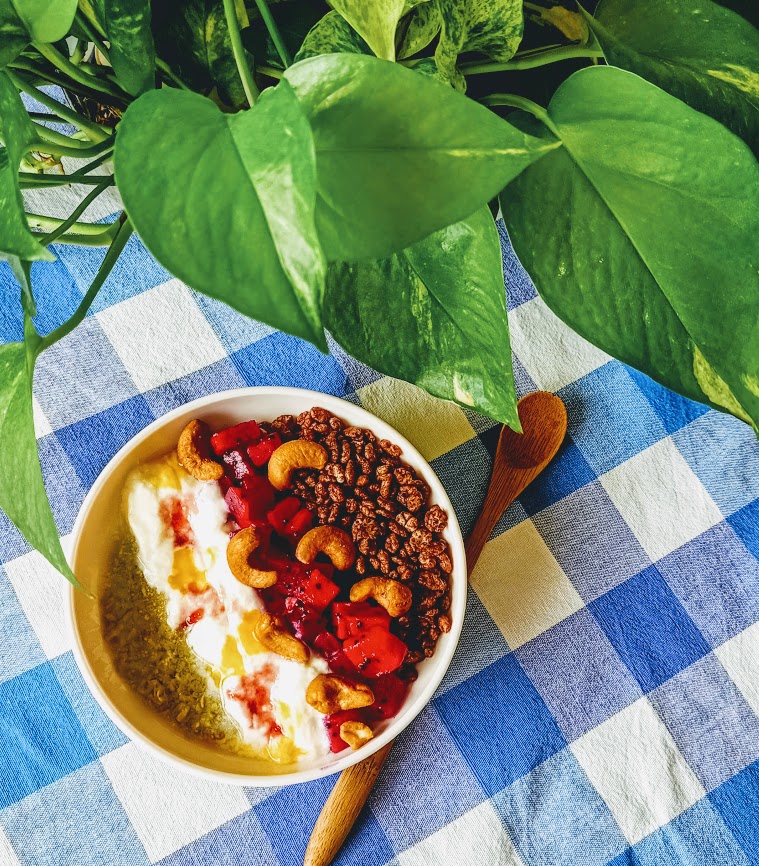 Hubs brought back his shop’s signature dish of Nasi Briyani for dinner today.  His chef’s Nasi Briyani is one of the best I’ve tasted and never fails to impress anyone.  Everything about this dish is sensational, from the fluffy aromatic spiced Basmati rice to the California raisins, toasted cashews, Ayam Masak Merah, Indonesian pickled salad (acar), mutton rendang (not in picture) and vegetable Dalcha. 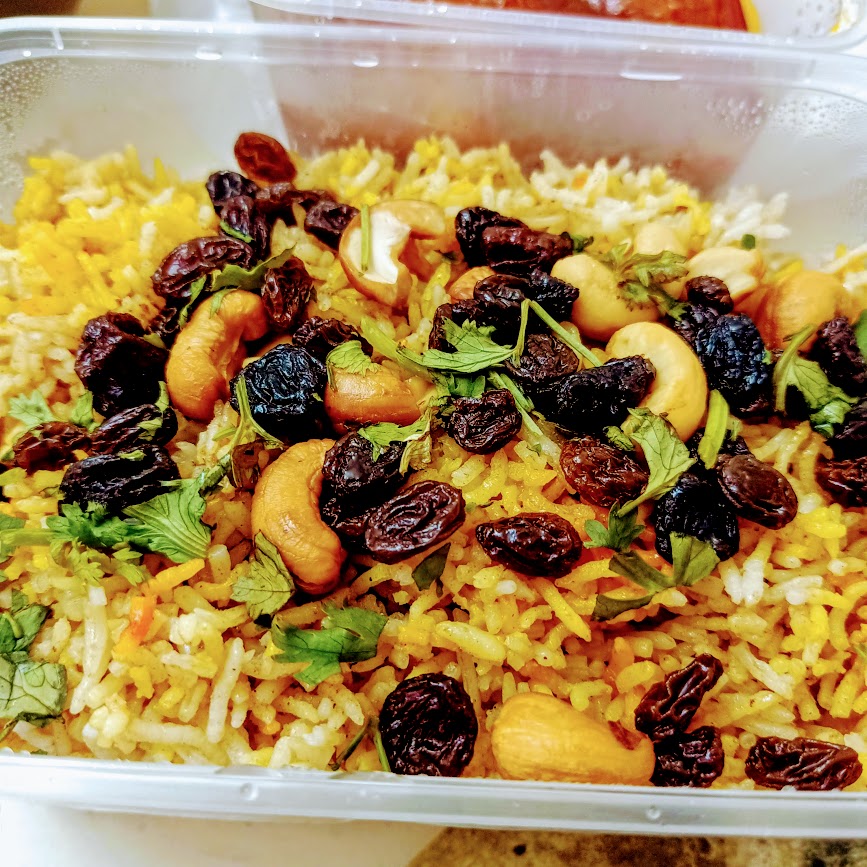 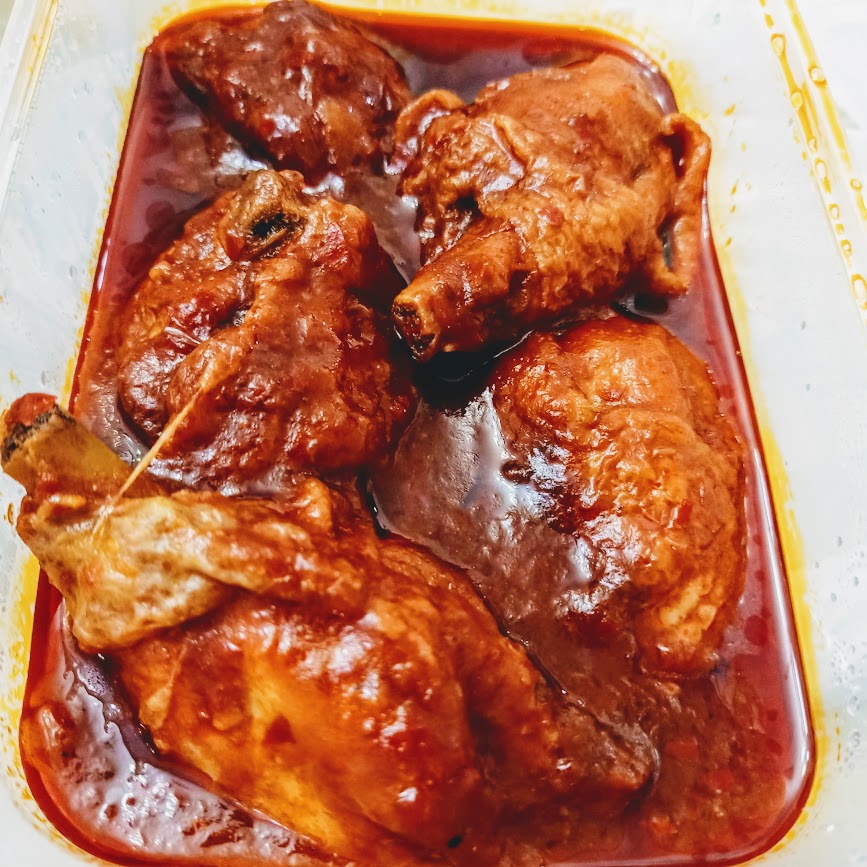 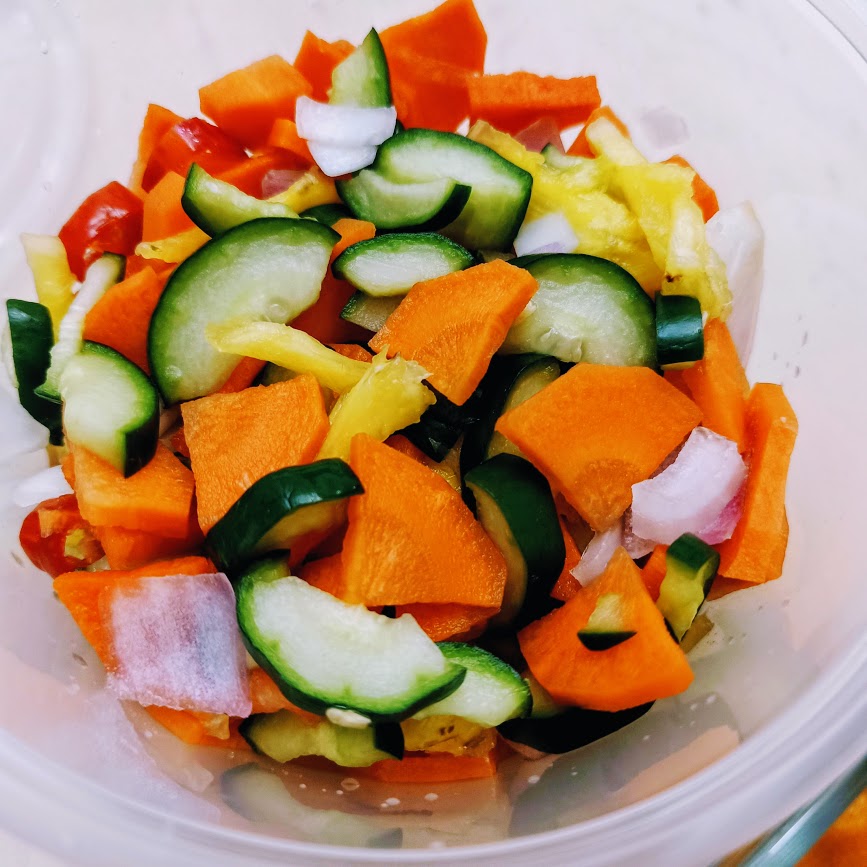 As I was savoring this vegetable Dalchar for dinner, I thought to myself that if I turn vegan or flexitarian, I could eat this everyday and never get sick of it.  Plus it’s healthy and bursting with flavors. 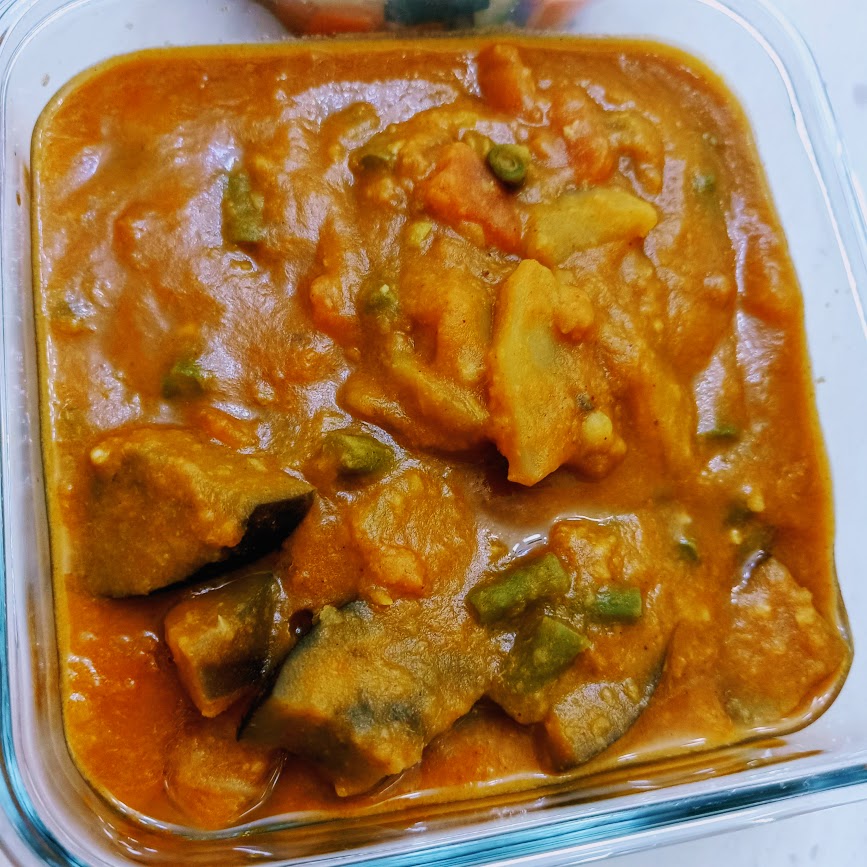 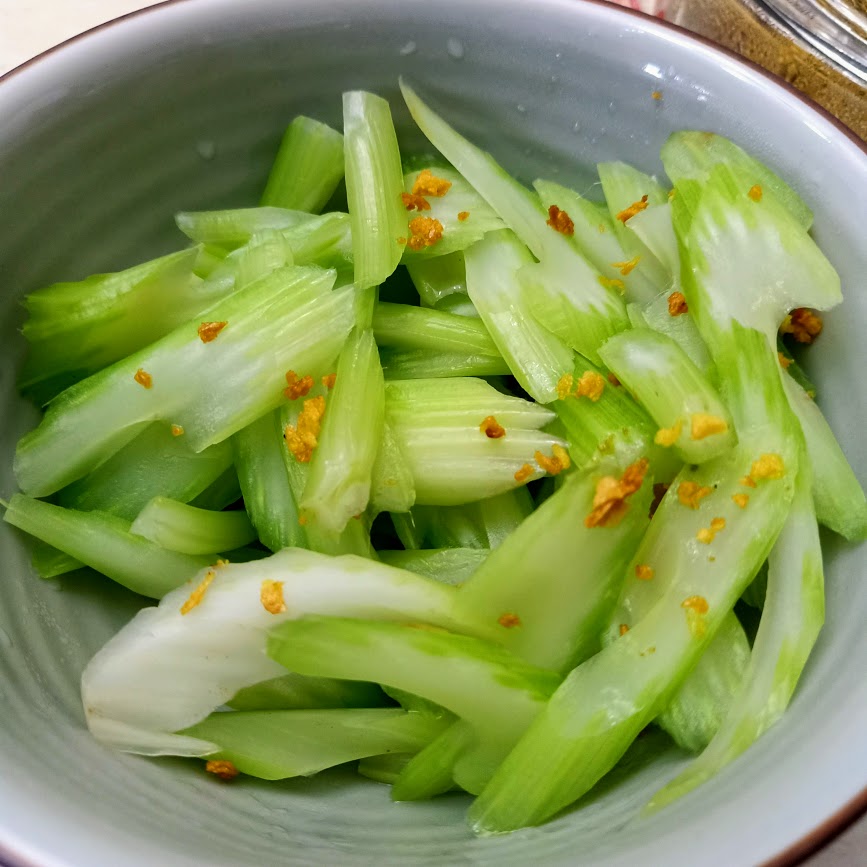 Today hubs’ phone was flooded with compliments on his Nasi Briyani  ❤️ It’s hard work to ensure that food that’s churned out from his kitchen is tasty and even harder to send the food boxes out as soon as they are packed so that they reach his customers while the food is still warm and on time.   And hubs has to literally split himself in the kitchen and in his office (few shop lots away) so that he’s around to do the QC check on every pack of food that goes out. It’s a lot of hard work to do food delivery with limited reliable staff but the comments he gets from his customers make it all worth his sweat and stress. 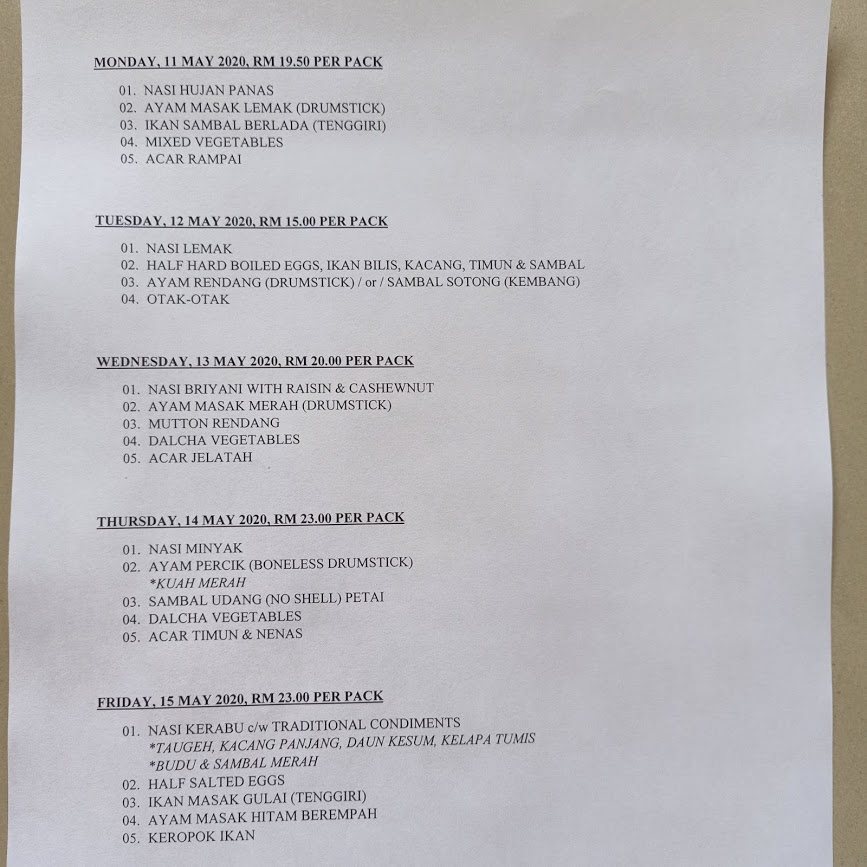 Occasionally the weather keeps you stuck inside.  For those days when it’s raining but you don’t want to read a book or binge on Netflix, consider a fun DIY or craft project to keep you busy.  Most can be done with things you already have around the house.  If you find yourself running low on supplies you can always order from an online craft store to make sure you are prepared for the next rainy day. 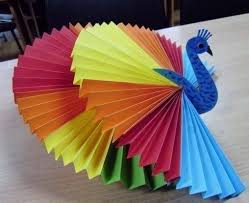 Low maintenance and visually appealing, beach terrariums are a great way to use any shells and sand you have stored around the house from your last vacation.  Moss or air plants make great green additions. Get creative with the container and consider using an old burnt out lightbulb.

Go freehand if you’re feeling confident and artistic.  Otherwise, opt for a stencil or simple design to spice up your morning coffee cup.  Don’t forget to seal the mug once the paint is dried to make sure your masterpiece lasts through multiple washes.

Use up spare scraps of yarn to create useful everyday items.  Washcloths are a great way to practice fun new crochet stitches before you commit to a bigger project.  Just make sure you aren’t using acrylic yarn if you plan to use your creation as a hot pad!

You’ll be able to tidy up some of the clutter on your desk after you finish your mini coiled rope basket.  Or you can opt for a larger size basket to store bulkier items like dirty laundry or throw blankets. The project is easy to put together and doesn’t require any sewing skills. Just grab some rope and some glue and you’re ready to get started.

Enjoy a refreshing glass of wine and put the cork to good use through crafting.  Corks can be repurposed into trivets, bulletin boards, or even wall art.  The only limitation is your imagination, or how many bottles of wine you can drink.

What happens when you mix a box of crayons, a hairdryer, and a canvas?  Art is what happens.  Use the hairdryer to melt the crayon wax onto your canvas to create a unique piece of artwork that is truly your own. 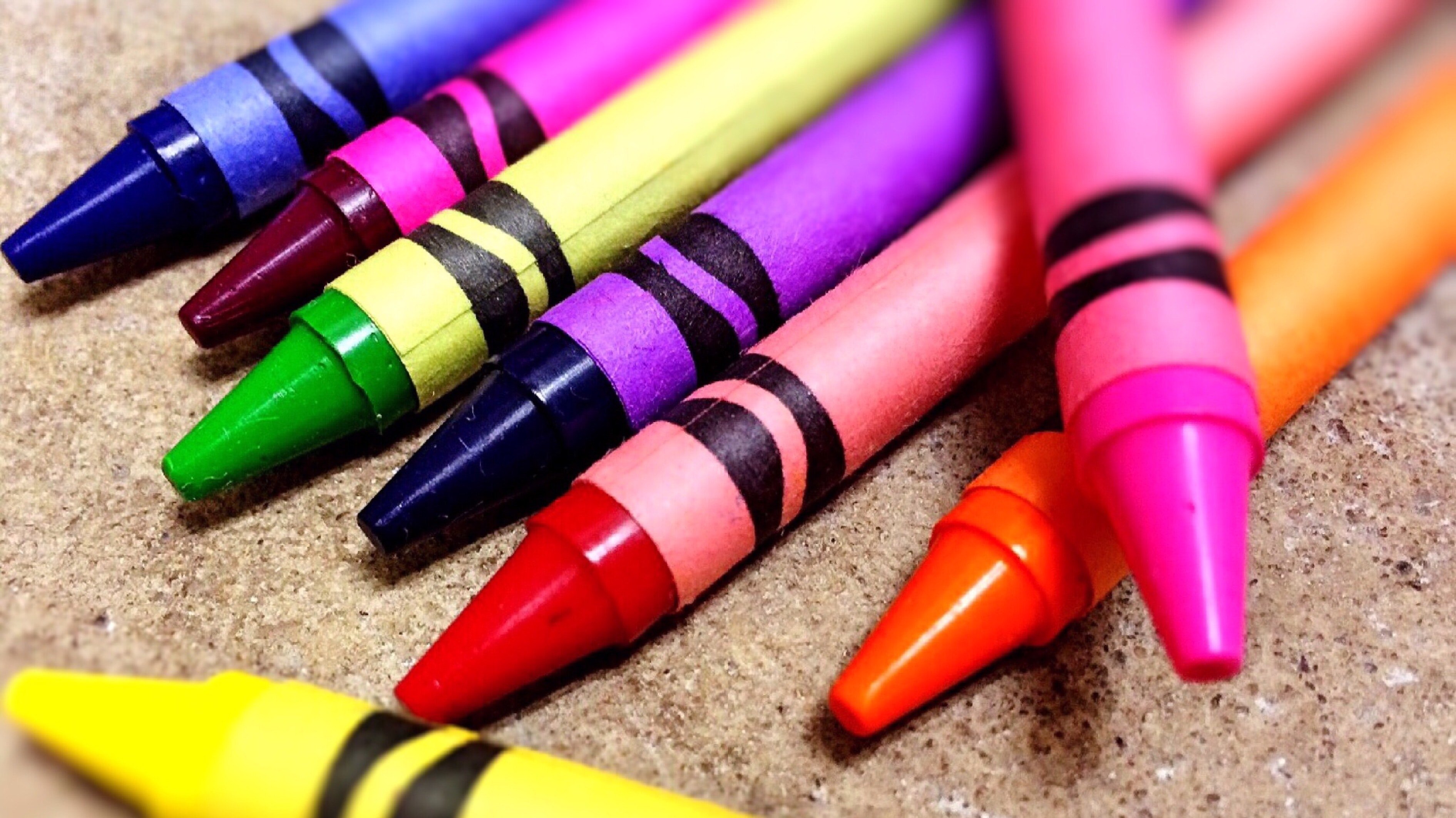 These ideas are proof that with a little inspiration and a few supplies you can be well on your way to having a successful day of crafting indoors.